RUSH: We have the audio from the president’s meeting with COVID-19 survivors, people who’ve recovered from it, about an hour ago in the White House. And it’s typical Trump. He’s just sitting there, looks like in the cabinet room, gigantic cabinet table, and he’s just riffing with these people, like they’re old friends. And he has that ability. 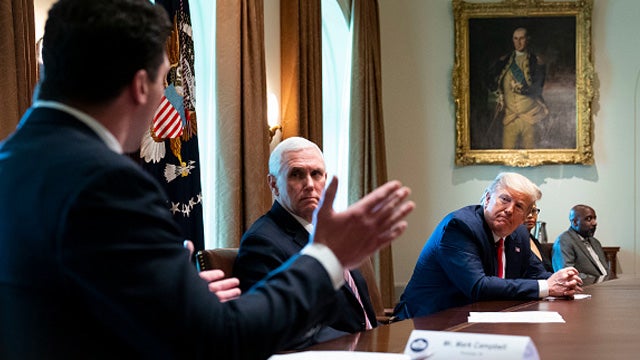 And the point is all these people were suffering from COVID-19 until they took hydroxychloroquine, and they were better. Some immediately, some in 12 hours. The point is they’re all thanking Trump for making it possible, ’cause he has been single-handedly pushing it.

By the way, there’s a story out there today, Rita Wilson, Tom Hanks’ wife, you know, they got COVID-19 while they were in Australia. And she’s saying, yeah, I took chloroquine, and it was horrible. I had side effects. It was bad.

THE PRESIDENT: This is a group of people who, in many cases, became quite famous because they went through a lot having to do with the coronavirus, a tremendous amount, and a lot of them recovered, and we know ’em from the media, they’ve all got very interesting and very different stories to tell, and I thought what I’d do is I’d go around the room, it’s an honor to have them at the White House, and they really are, they’re very brave.

RUSH: And one of them was Karen Whitsett. She is an African-American Democrat, state representative from Michigan. She’s the one crediting Trump and hydroxychloroquine for her recovery. She’s sitting in the cabinet room, and here is that sound bite. 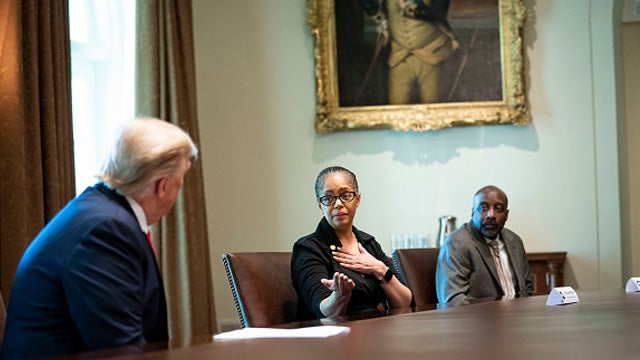 WHITSETT: It’s such an honor to be here and such an honor to be here amongst all of you survivors. I just can’t say how wonderful it is to your face and thank you for everything that you have done. I did not know that saying “thank you” had a political line. I didn’t know that. I thought just saying thank you meant thank you. And I do. I sincerely appreciate that because had you not brought this to the forefront, the HQ of being able to put this out here, I wouldn’t be here today to even have this conversation with you.

RUSH: Now, you can say that this is propaganda, but this actually happened. Trump is single-handedly, from the highest levels, pushing hydroxychloroquine. This woman found it, was able to get a prescription, and it saved her, and she just wanted to say thank you. And it’s a home run event. These are the kinds of things Trump has to do, folks, to counter these attempted narratives that are out there against him each and every day.