RUSH: By the way, our computer model audience estimates show 42 million people tuning into the EIB Network. That’s according to the latest models. We have our own models. We plug in our own data, and that’s what they’re showing. “But, Rush! But, Rush! You said there were 42 million last week.” 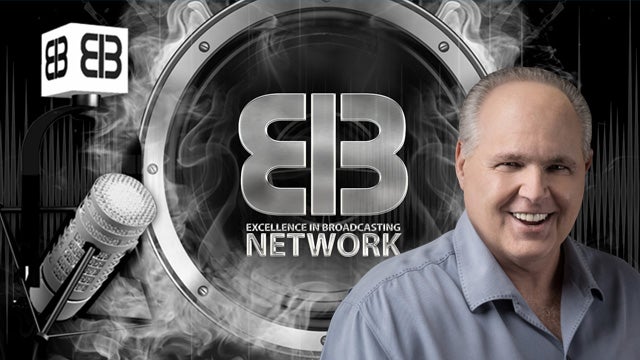 That’s right. It’s 42 million and holding steady. We’re not getting greedy. We’re not getting greedy. It’s 42 million. “But, Rush! But, Rush! The newspapers and the media all say 15 million.” It’s a bogus number. That number is a wild guess by a trade paper. That’s why the media cites it. You would think they would cite the numbers that we give them. But nooo. No, they cite some trade paper.

The trade paper that puts out audience figures doesn’t have access to the numbers, folks. You have to pay for that. They get their number by whatever data is shared with them by various industry people. We haven’t been at 15 million since the early nineties. Fifteen million is comparatively low — and there’s nobody at 14 million either. That’s another thing they get wrong.

That’s the difference in our models. Our models, we’re not trying to affect behavior at all other than constant listening. But we’re not flattening the curve. No, as I say, just like the COVID-19 modelers and just the climate change guys, we are in charge of the data that we put in, so we get whatever result we want.

If I feel like 45 million people are listening tomorrow, then I will make sure that the model gets the data input to create that number, and then I will come here and tell you, “Guess what, folks? We got three million new people from yesterday to today. Audience figures according to our model estimates are at 45 million,” and who’s gonna dispute me?