Poll: 60% of Democrats Blame Trump More Than China for Coronavirus

RUSH: Are you ready for this? This is a Rasmussen survey. I gotta tell you, folks, this… I don’t care what your politics are. This should really open your eyes.

“Sixty percent of Democrats blame Trump more than China for the coronavirus. Most Democrats blame Trump for the coronavirus crisis the country is now experiencing, the only group of voters who think this way. Forty-two percent of all likely U.S. voters agree with Senator Chris Murphy’s statement, ‘The reason we’re in this crisis we’re in today is not because of anything China did. It’s because of Donald Trump.” 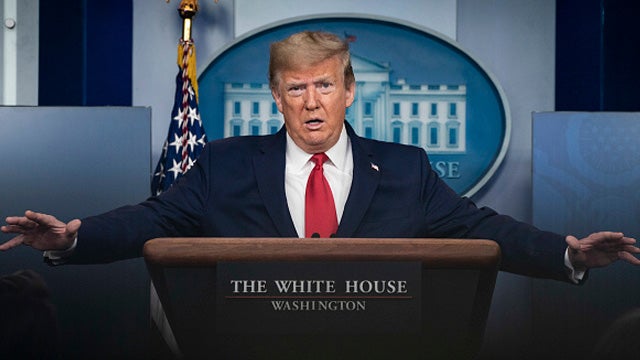 It’s not because of anything China…? No, the virus only came from there. Sixty percent of Democrats agree with that statement! I don’t think… I don’t think even Never Trumpers would agree with that statement. Just to show you what we’re up against, just to show you the level of deceit. These people are either sick in the head and poisoned with so much hatred because of the media that they’ve been absorbing for four years, or they’re genuinely insane. They’re so insane due to partisan rot.

This is Senator Chris Murphy, Democrat, Connecticut, on CNN the night of April 14th, 2020. So basically a week ago. And the question from Anderson Cooper: “On February 5th you tweeted about the White House response to the coronavirus at that time. You said: ‘Just left the administration briefing on coronavirus. Bottom line, they aren’t taking this seriously enough.'” 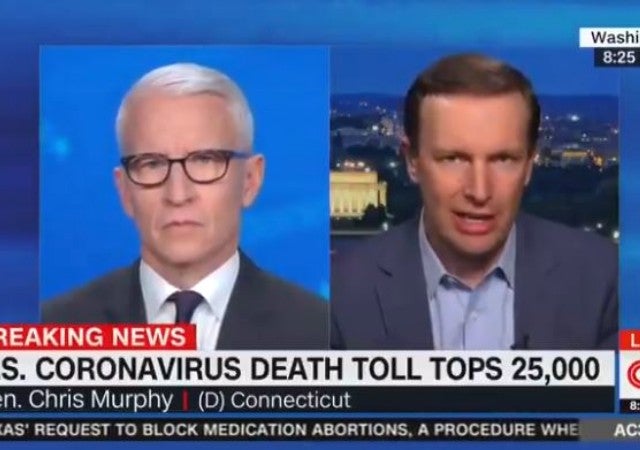 RUSH: So, “The reason we’re in this crisis is not because of anything that China it. It’s not because of anything the WHO did. It’s because of what Trump did.” All Trump did was suspend flights from China back in January. And when he did, you know the drill now. He was called a racist and a pig and a xenophobe. And at the same time that Trump was shutting down flights from China into the United States, Nancy Pelosi was on television urging people in San Francisco to come on down to Chinatown. Have a party. New York politicians were encouraging people in the New York metro area to come on down for the parade, a good time will be had by all. Nothing to worry about with the virus.

This is just — you know, to say it’s outrageous doesn’t even cut it. The reason we’re in this crisis today is not because of anything China did? The World Health Organization was parroting China: It’s not contagious. It’s not highly, easily transmissible. Nothing to see here. 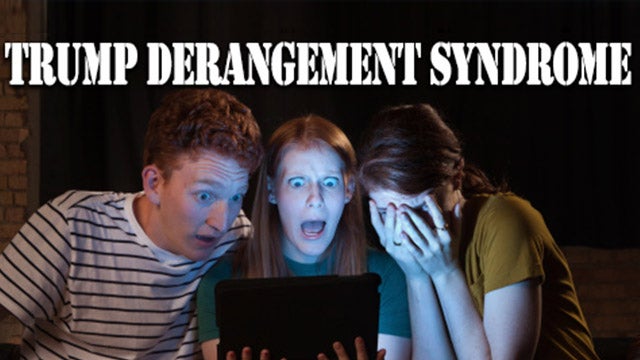 This is why, you know, you start talking about leftists and Democrats, folks, and I’m telling you, there’s no common ground. There’s no crossing the aisle to meet them halfway.