Another Piece on How Feminism Has Ruined Men

RUSH: Here’s the story. It’s by Suzanne Venker, Washington Examiner. The overall umbrella under which this story was written is feminism has ruined men, but we knew that all along ’cause that was the objective. Now, the headline: “America Is Awash in Overmothered Men.” Let me give you some pull quotes here. 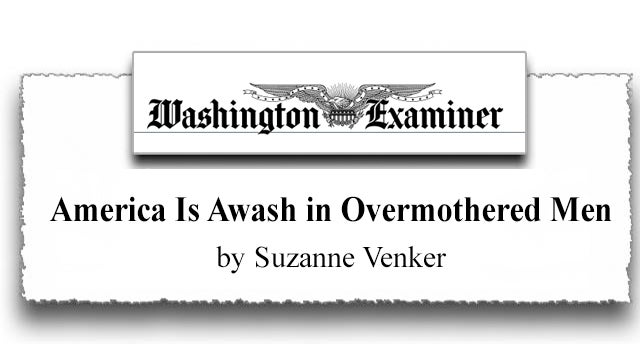 We’ll link to the piece at RushLimbaugh.com so you can read the whole thing yourself if you want. “For all intents and purposes, a mother’s job with her son is over by the time he’s around 11 years of age. At that point, the boy’s father becomes critical. It’s in the second half of a boy’s life when he learns what it means to be a man.

“He will fail to learn [what it means to be a man] if his father is absent or when his mother doesn’t let go of the reins. … Growing up fatherless, or with a father a son rarely sees due to divorce or workaholism” or whatever, “almost invariably stunts a boy’s growth. The end result is almost always too much mother, which means boys will absorb too much femininity and none of the masculinity they need.

“It’s a tough subject, and thus taboo. But at some point, we will have to answer why there are so few strong, grounded, purposeful men among us when they used to be a dime a dozen. … You may recall Jordan Peterson’s popularity among men; that was no accident. His words resonated with millions of men who did not have strong fathers to guide them into adulthood. 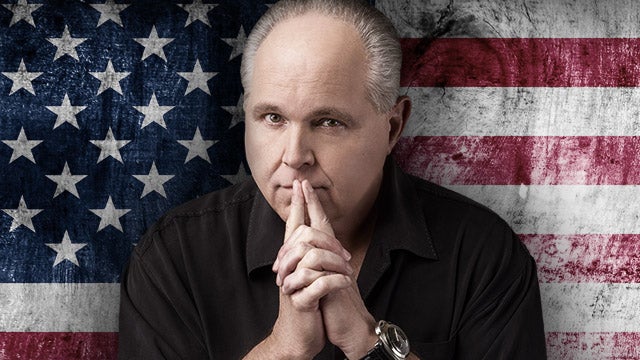 “They clung on Peterson’s words for a reason: They’re dying.” Jordan Peterson is the Canadian whizbanger out there that a lot of people glommed onto for this very reason. “Men,” she writes, are “[l]iterally dying: Men die by suicide 3.53 times more often than women. But they’re dying metaphorically as well. On the inside, many [men] are dead. They lack purpose.

“They lack drive. And they’re angry. Why? Because they feel cheated,” and I’ll tell you something else. The way men have normally lived… We had a caller talking about, “You go out and you earn your way in the world. You provide for your family. This is the responsibility you assume. This is what it means to be a man.”

Well, if that’s not appreciated, if that is laughed at, impugned, and made fun of, or if it’s thought to have no value…? What are you doing when you tell somebody that you’re not interested in the primary thing they thought their responsibility was? Especially those that have succeeded at it? This, I think is a…

Eh, it’s an effervescing little problem out there because a lot of men define their worth and their meaning in life by what kind of providers they are. This is how many of them were raised. It was the definition. It was the responsibility — and if the people you’re providing for don’t want to give you any credit for it or don’t think that it’s anything special, then that’s gonna rip their heart out.

It says here that “women initiate 70% of all divorce.” Did you know that? And the second phase: “When their mothers let go of control during the teenage years,” and let dad… Now, look. This cuts both ways, because I know the lament many of you mothers (angrily), “My husband’s a lug! My husband’s worthless! My husband’s not gonna take on the responsibility of raising the kid. I’ve got to do it!”

I know. I understand. I’m just sharing with you the theorems that are espoused in this piece — and you know something? The chickification of American culture has been something that has been written about and talked about for a long time. This article is not actually the first or anywhere near the first to be written about what is happening.

I’ll tell you, if you really want to look to this, go to some industries that used to be, for good or bad — not the point — that used to be dominated by men which are now dominated by women and you look at how different they are. Can I give you one? Journalism.