RUSH: Trump just had a little press conference on his way to Air Force One. He was on the lawn of the White House on the way to Marine One to head out to Andrews Air Force Base, or Joint Base Andrews now, because he’s winging his way to Michigan. 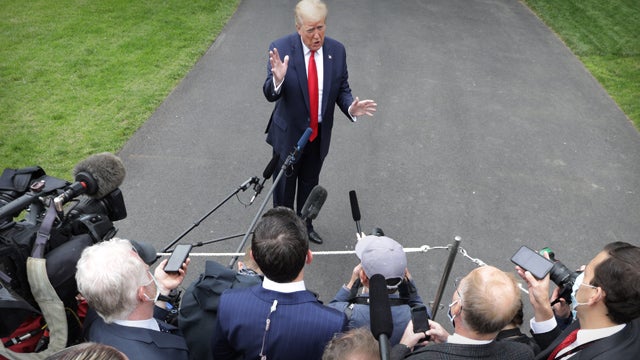 It was another one of these press conferences where you can’t see the press, so they get no face time. You can only see him, and he’s conducting them like an orchestra, pointing to them. And you know what the main question they were asking him? Everybody’s outside. “Why aren’t you wearing a mask, Mr. President? Why aren’t you wearing a mask?” He said, “I want the country back to normal. We don’t wear masks when things are normal.”

See, wearing a mask is a shortstop to destroying normal. Everybody’s running around wearing a mask, I mean, for crying out loud, that’s massive fear. These people, these media people are all wearing masks outside, and they know it. They know what the mask is. They are purposefully trying to conjure and stir up more and more fear to go along with the bad economic news. And Trump is defying them by not wearing a mask.

And then he went out, “You know, I can’t even understand the questions you people are asking me ’cause you’re hiding behind these masks. I can’t even understand what you’re saying.” He said he does not want mail-in ballots, too much fraud possible, says he wants the churches opened. Talked about what a great relationship we have with Russia, better relationship that we have now, and that the G7 economic summit may in fact be on for a live meeting at Camp David and the White House. Not a Zoom, not a teleconference meeting.

He then said — get this — that he’s been taking hydroxychloroquine for two weeks and he’s still testing negative. I was blown away by the reaction that got last week. I mean, Neil Cavuto even made above the fold on Drudge for the first time in his career. Cavuto said it’s the height of irresponsibility, that this could get people killed, that this drug kills people, that Trump said, “What have you got to lose?” And Cavuto says nothing but your life. This drug hasn’t been approved. This drug is killing people. It’s giving people heart attacks. This is irresponsible. 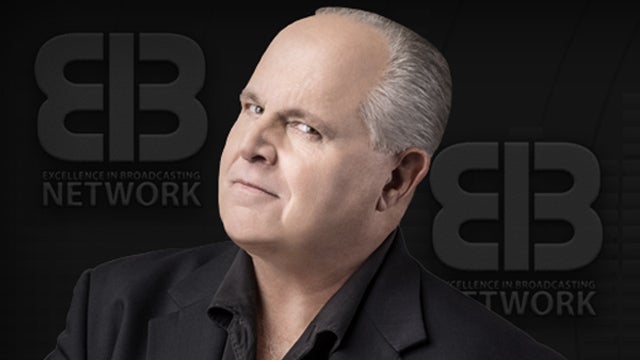 Anyway, he’s taken it for two weeks. Still testing negative. And he may be going to the rocket launch next week. He said he wanted to put the press in the rocket and launch them wherever the rocket’s going. Said it was a joke ’cause no one was laughing and they don’t know when he’s joking ’cause they have no sense of humor, so he has to make sure to tell ’em.

RUSH: Okay. Audio sound bites, Donald Trump. This is on the White House lawn on the way to the helicopter to catch Marine One as he’s on the way to Michigan. Here he is talking about mail-in ballots. A reporter said, “You said the review of federal funding for Michigan was unrelated to flooding there. Is it related to mail-in voters?” 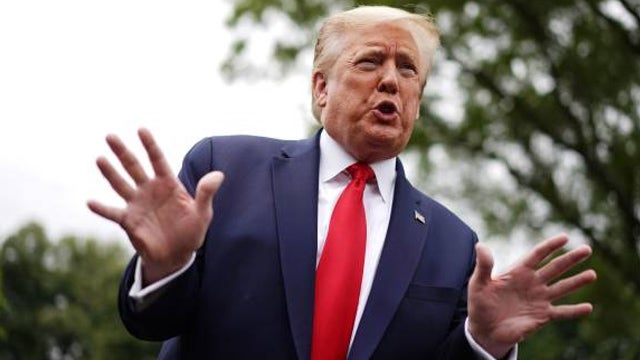 That’s just an existing rule in the Democrat Party: “Trump’s for it, we’re against it; Trump’s against it, we’re for it,” and if Trump wants to reopen, they can’t be for it, even where it’s documented to be working, they still can’t be for it. “But, Rush! But, Rush! I thought this would always be the time we would unify.” Don’t give me that! The Democrats are not interested in unifying ever — even with you!

The Democrats want to behave as authoritarians and powermongers over you. They don’t want unity with you. That’s not the objective. Here’s Trump answering the question about hydroxychloroquine. The question: “How long do you expect to take that drug, Mr. President?”

RUSH: So all these original outcries from people were, “He’s gonna kill himself! He’s gonna get other people to die! It gives you a heart attack! Oh, my God. It’s horrible. It’s irresponsible!” Now he’s admitting he’s just about to wrap up two weeks on it, and that the drug is being administered by White House doctors. The controversy over this drug remains, and it’s its own conspiracy theory now.

There are people who believe that this drug works. They think they’ve got evidence documenting it works, but there’s no new money in it. It’s 20 bucks a dose — 20 bucks a curative dose, 20 bucks for it to help you. There’s no new patent money to be made in it. It’s patented 50 years ago. It’s a malaria drug.

RUSH: Here is Dolores in San Antonio. Great to have you on the program. Hello.

CALLER: Hello. Rush, I have been taking hydroxychloroquine 200 milligrams a day for over four years.

CALLER: Well, I have — and it’s not even for rheumatoid arthritis. It’s for an immune disorder, and —

CALLER: No. I had polymyositis.

CALLER: And so the doctor — well, it’s almost five years, will be in November — thought it would be beneficial because —

CALLER: I have had none.

RUSH: How many brain seizures?

RUSH: How much diarrhea?

RUSH: It doesn’t look like anything’s happened to you from taking it.

RUSH: Well, a racist society it could help you. What does your average dose cost?

CALLER: Yeah, compared to some medicines that other people that I know have to take for other various reasons.

RUSH: Yeah. I was gonna say…

CALLER: And, you know, considering, you know, it’s like my doctor said, if I was to relapse it would kill me. I mean, I almost died originally anyway. And how she explained it when she prescribed it to me is —

CALLER: — it will just build a wall around my immune system and —

RUSH: Kind of like wearing a prophylactic around your immune system, in a way, like a Trojan, around…