Thank God I Have a PhD in Hermit and Recluse

RUSH: I had a, well, moderately scary moment last night. Now, the last time that I was in for treatment and was put on this new targeted chemo, one of the things that chemo does is wreaks havoc on the immune system. And the nurse that was telling me all the whys and what-fors and what-to-dos and all that, said, “If your temperature reaches a certain level, go straight to your casket. Don’t stop at the hospital. Just go straight to your casket.”

I said, “What?” It was her way of trying to tell me, “That is serious. This is very serious. You cannot get an infection. You cannot.” By the way, I’m not gonna give you the fever figure, but it’s not 102 or 103. “If it hits this level, go straight to your casket,” and so last night for the first time a long time… The last time I had any fever was when the trial, the clinical trial drugs were being used. 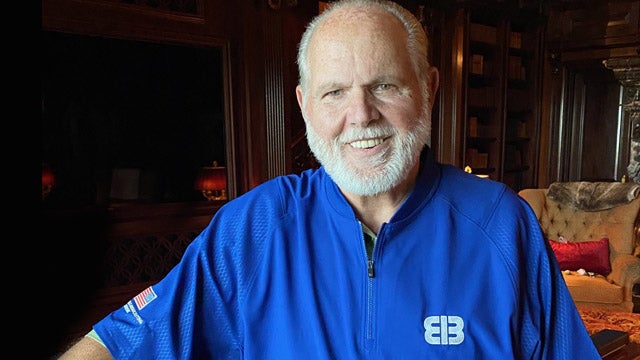 I had this little watery-eye feeling. So I grabbed a thermometer, and lo and behold, I was a little bit above normal. But it was not near the, “Go straight to your casket, don’t stop, and don’t pass go,” whatever. I had to keep a sharp eye on it. I had to take the temperature all night.

And I had to put everybody on the staff on alert that I might not be able to show up today. Anyway, it normalized before I went to bed and it stayed normalized. But that’s how precarious all this is. Folks, I’m just lucky I have a PhD in hermit and recluse because it’s no sweat off my back to stay sequestered.

(sigh) This situation in Minneapolis… (clears throat) Excuse me — and, by the way, I need to issue an apology here in advance. For those of you watching the program on the Dittocam, it’s gotta be very distracting for you to watch me constantly wiping at my nose and blowing my nose.

That is unrelated to anything, and I apologize in advance for it. I happened to watch myself on the Dittocam a couple days ago, and I got mad at me. I said, “Would you put the Kleenex down! For crying out loud, can you go five minutes without it?” The fact is, I can’t, and the sniffles and so forth…

RUSH: I got a note from somebody on the staff. “Did that nurse really say that to you? That was so mean. I wish you’d tell me who that nurse was. There’s other ways to say that.” (chuckling) Let me explain, ’cause I thought it was hilarious. At my last treatment where I was — the first treatment, the first dose of the new targeted chemo — the nurse… Look, they all do this.

They go through all of the worst-case scenarios — if this happens, if that happens. You know, you become immune to it all, and they know that. So they have to find ways to get you to hear what they’re saying, and so she said, “You’ve got to take your temperature frequently, and if it reaches…” I’m not gonna tell you what the number is, but I’m telling you, it’s not 102 or 103.

She said to me (chuckling), “If your temperature reaches X, go straight to your casket. Don’t bother with the hospital. Just go straight to your casket.” So I said to her, “I don’t have one yet.” She said, “Well, you get one, and you find out where it is, and you make tracks to go to it.” That was her way of making sure that I monitored this, because the point is the immune system gets suppressed and you can’t ward off infection as easily.

And last night, I thought I was getting close to it. So I had everybody here on standby. Might need a guest host, best-of show or what have you. It turned out it normalized before I went to bed, and I don’t even know what caused it. But it was just a little, slight sensation around my eyes that made me say, “Uh-oh.” So I grabbed the thermometer, pfft, stuck it in there, turned it on, and it came just a tad high.