Susan Rice Thinks the Russians Are Funding the Riots

RUSH: Here it is. Susan Rice claims that Russia could be funding the riots. She was on CNN being interviewed by Wolf Blitzed about Trump’s tweet about designating Antifa a domestic terror organization. And she said based on her experience, she would not be surprised to learn the Russians have fomented some of the extremists using social media and that the Russians are funding the protests in some way, which could be entirely possible. The Russians have been trying to subvert the United States for long before the 2016 election. 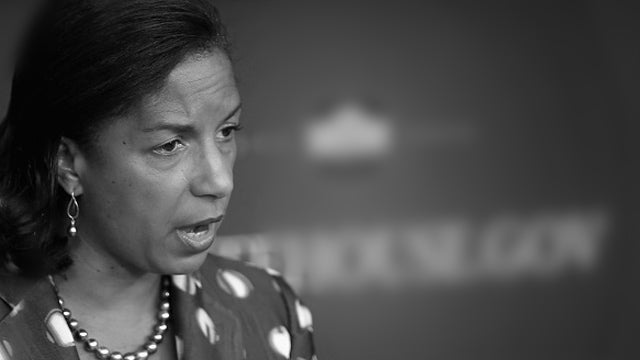 But I don’t think that’s the way she meant — I don’t think she’s talking about traditional, typical, everyday Russian attempts to infiltrate and subvert. She meant the Russians are colluding with Trump. They are still continuing this out-and-out lie that has been disproven countless times over the years. She even pushed the idea that white supremacists are organizing the violence with Russian money that’s, of course, tied to Trump. And of course they can’t bring any of this up without bringing up the lie that Trump said that there are really fine neo-Nazis in Charlottesville. He never said that. It’s one of these things that survives. He never, ever said — it’s like “hands up, don’t shoot,” never happened, in Ferguson, Missouri. “Hands up, don’t shoot” never happened.

But this is just amazing, the idea that they can continue to get mileage out of Trump and the Russians are doing it.