Trump Tells Governors to Use the National Guard

RUSH: Trump had a conference call today with some governors that’s already leaked. I mean, within seconds — within minutes — somebody in the Trump administration leaked the phone call that he had with governors. We have two sound bites. Two examples. Here is the first… 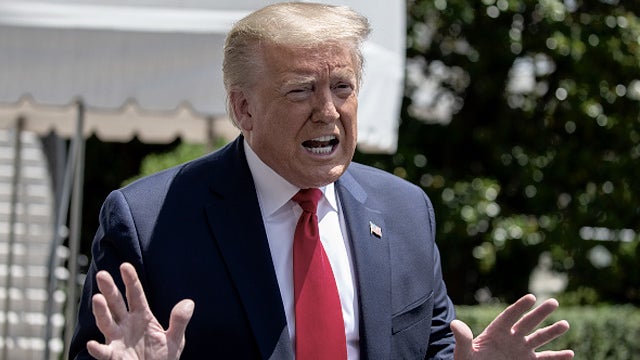 THE PRESIDENT: (garbled cell) What happened, in the state of Minnesota, they were a laughingstock all over the world. They took over the police department. Two days, a few days later, I spoke to the governor. The governor is (unintelligible) but the call (unintelligible) and all of a sudden… And I said, “You gotta use the National Guard to take numbers.”

They didn’t at first; then they did. And I’ll say that I don’t know what it was. It was governor… It was the third time, fourth time, those guys walked through that subway like it was butter. They walked right through, and you haven’t had any problems since. They didn’t even cover it last night because there was so little action because you dominated. You dominated.

RUSH: So he’s praising them for the way they finally manned up and dealt with it. It obviously… It sounds like it’s cell phone quality to me. Was that…? You guys that can hear normally, was that a cell phone call? Did it sound like a cell phone call to you? (interruption) Yeah. Cell phones are the toughest calls for me to actually hear people on because of the weird noises you get on a cell number. 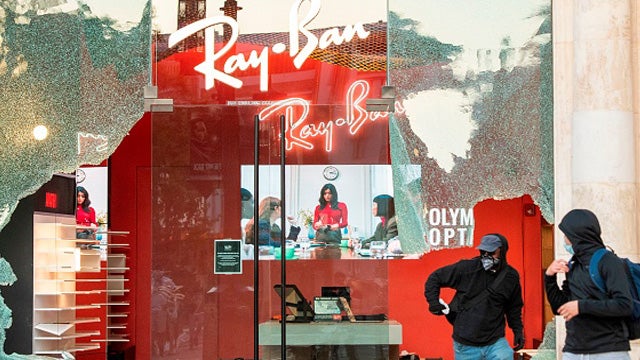 Anyway, the call got leaked to CNN. I mean, literally within minutes. So, you know, we’re into Trump’s fourth year. He still has not cleaned out the bad actors in there, unless — unless — it’s also possible that they wanted this to leak and they wanted what Trump said to these guys to be heard. Here is the second, addressing New York and other cities in this leaked excerpt…

THE PRESIDENT: What happened to New York — and I have to tell you, I live in Manhattan. What’s going on in Manhattan, I have no idea. New York’s Finest, they gotta be allowed, maybe, to do their jobs. I don’t know what’s happening in Manhattan, but it’s terrible. New York is gonna have to toughen up, and we’ll send you National Guard if you want. You have the largest police force in the country — 40,000 people, I understand — but what’s going on in New York is terrible. It’s terrible, of all the places. What went on last night in Los Angeles with the stores and the storefronts is terrible. No domination. You have to dominate.

RUSH: “No domination. You have to dominate.” He’s right, folks. I mean, what’s happening in Santa Monica? I mean, these clowns, they got in and ripped to shreds Rodeo Drive. They’re going everywhere, and they’re starting to make noise now about going to residential areas and going into residential homes and “taking back what is theirs,” whatever that means.

“Why are they not subject to lockdown and social distancing and all that?” He said, “Come on, Rush, you’re asking rhetorical question. You know the answer to that.” I said, “Yes. I just thought that I would ask, nevertheless.”

RUSH: We have Sarah. She is 13 years old. She is calling from the South Side of Chicago. Hi, Sarah. Great to have you here.

CALLER: My question is, where is the president and the governor in all of these riots? They’re not doing anything, they haven’t been on TV, and they’re watching their states get burned in these riots, when they were elected by the people to lead their state.

RUSH: I hear you, Sarah. I have been asking the same question, and you are not alone. Americans all over this country are trying to figure out, “What is going on? Where’s the National Guard? Where are the empowered police forces moving in to stop this?” and as I said, it appears — it appears — that the philosophy here is to just let these people get it out of their systems, that they will eventually grow tired of it and go home. 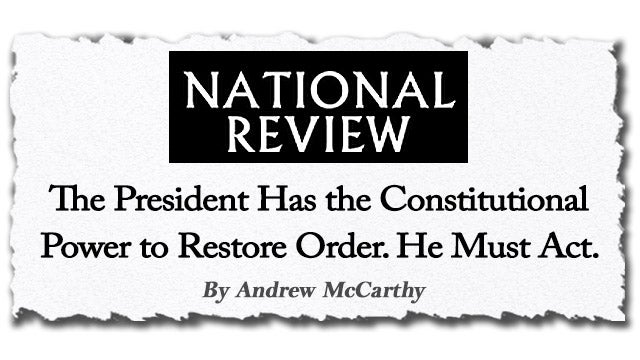 And the property destruction that happens in the meantime, to me, is unacceptable. Let me read to you, Sarah, from something written by a friend of mine at National Review — his name is Andy McCarthy — because it’s right up your alley. It’s what you mentioned. “While they serve their states, National Guard units, which are reserve components of the U.S. armed forces, have over time come under increasing control of the commander in chief.

“They may now be deployed at the president’s direction, even overseas, regardless of whether state governors object. Clearly, if the deployment is domestic, and ordered in response to violent attacks, it is imperative that federal and state governments cooperate in the name of state and national security. What has happened over the last few nights in major cities of the United States is unacceptable.

“It has gotten worse because the federal and state governments have failed to convey the signal that order will be maintained and the rule of law enforced. That must end. The president and governors must work together to restore order, including by deployment of the military where that is necessary.

“The Justice Department and state law enforcement, particularly the FBI and its Joint Terrorism Task Forces, must make it clear that lawbreakers will be arrested and serious crimes will be vigorously prosecuted. Anti-America must be made to understand that America has had enough.”

So that is essentially what you’re asking: “Why isn’t any of this being done?” Trump is deferring to governors. Trump is using federalism here. My friend McCarthy’s point is that he doesn’t have to wait for the governors, that he can go ahead and deploy the Guard anywhere he wants as he sees fit. You think he should, obviously.

RUSH: Well, I agree. I’ll tell you something else. You know, I watched TV last night, every night. And I try to imagine being in one of these areas when this stuff is happening. And it wasn’t that long ago that if rioting broke out in a neighborhood or if looting or any kind of civil unrest, there used to be at least some measure of comfort based on reliability. People believed the cops would stop it. If it was really bad, people believed the National Guard would be deployed and this stuff would be stopped and the people engaged in it would be stopped and they would be held in incarceration and they would be punished.

And I don’t think that’s how people look at it. I think people are scared to death. You’re watching TV, I don’t care, Washington, Chicago, West Palm Beach over here last night, you’re watching any of this. And if you happen to live anywhere near what you are watching, today you probably don’t have confidence that they’re gonna be stopped. And that’s gotta be scary as it can be. 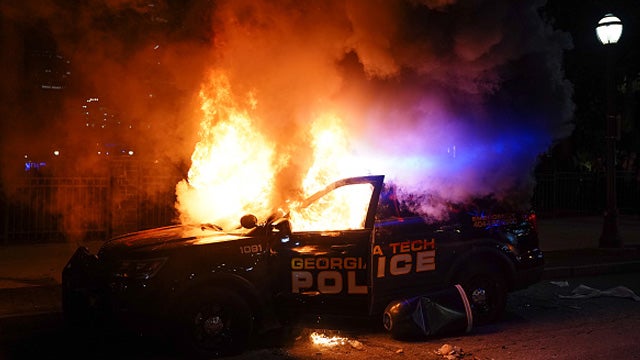 And then you start asking yourself, when did it happen that they get the run of the place? That they stake an area of town that they want to set afire, where is it written they get the run of the place? And then the poor guy in Dallas, if you decide, I’m not waiting on the cops, I’m gonna go protect my own business and you get killed because you dare to defend your own property? Then you see that happened to somebody else, you say to yourself, okay, I’m not gonna go. If they attack my business, I’ll just hope and pray they miss it or they don’t do much damage or whatever.

But this is unacceptable. People have to be able to rely on the police. Now, we also have to admit the police have been under assault. Police have been under assault and attacked for who knows how long for engaging in brutality and violence. And so some cops may say, to hell with it. I’m not gonna go out there and engage these people that end up being tarred and feathered, maybe put in jail, accused of brutality when I didn’t do anything. It’s a vicious circle or cycle. Anyway, I really am glad you called, Sarah. Again, she’s 13, south side Chicago, very mature question she had.