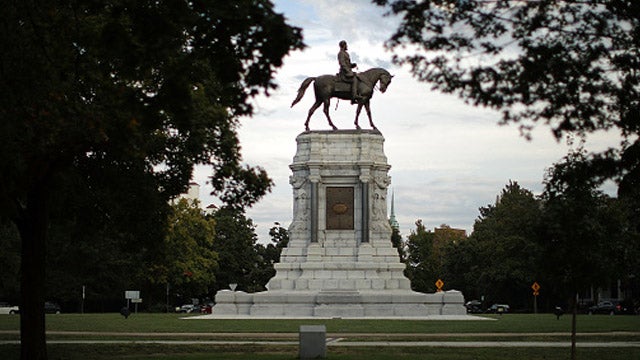 His nickname could have been “Sheets” as well. I’m not even gonna utter the nickname he called himself, because sure if I do, it will be attributed to me and not him. But it is a vicious and racist, racist name. He’s wearing blackface, a KKK hood in medical school, and it’s amazing. All of that is forgiven by liberal Democrat voters. That’s how much they love power.

They would rather have a proven racist of the worst kind remain in office in order to prevent any Republican from holding it. Especially a Republican who would object to putting a “fetus” aside after a botched abortion. Don’t forget what got all this started. (accent) “Ralph Northam thinks it perfectly fine to murder a baby after he had done survived an abortion. Perfectly fine!

“That’s what got all this started. Ralph Northam say he a doctor, and he understand the plight. If you go in there, you a woman and you intend to abort your baby, and the abortionist screws it up and your baby is born? Well, then, you ought to have the right to direct another doctor to come in and snuff out that little life.” That’s what he said!

That’s what he believes. He’s a governor! That’s when people went out and found the blackface photos and the KKK hood when he was in med school. He has survived it, and now — as part of the price (accent) “that Ralph Northam has to pay in order to survive those horrible, disgusting things that he done did — this morning in Richmond, Virginia, Governor Ralph Northam held a press conference.” 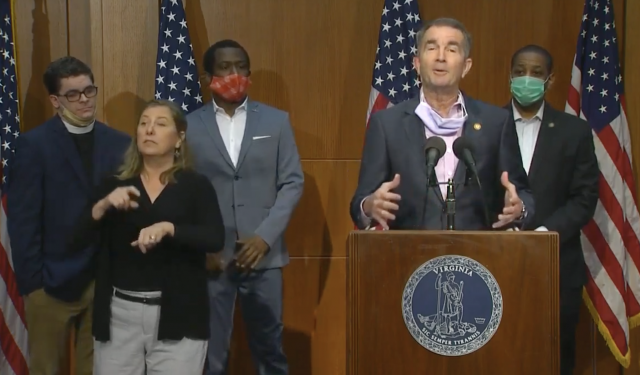 NORTHAM: Yes, that statue has been there for a long time. But it was wrong then, and it is wrong now. So we’re takin’ it down. I believe in a Virginia that studies its past in an honest way. When we take that honest look at our past, we must do more than just talk about the future. We must take action. So I am directing the Department of General Services to remove the statue of Robert E. Lee as soon as possible. 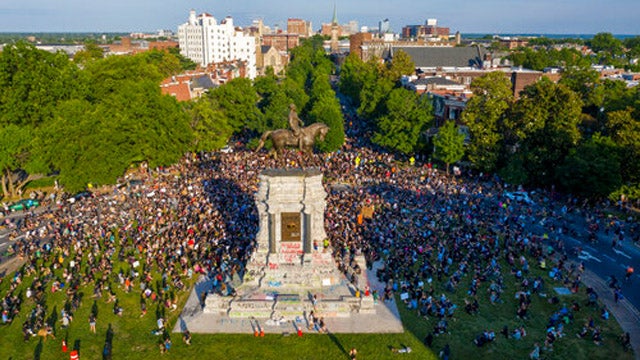