Turn Off the “News” for a Week to Feel Better

RUSH: Either one works because we are in all time zones at all times. 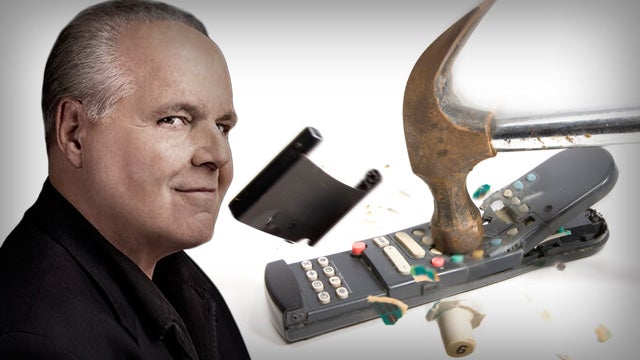 CALLER: Well, first off I want to get a quick point. I am 30 years old. I’m calling because I listened yesterday to the girl that you talked to named Anna, and I could relate to her. And I’m just kind of worried about, you know, what’s going on. You know, I kind of see that hopefully four years, once President Trump gets reelected ’cause I know he will, that I’d like to see him go after Hillary Clinton, go after President Obama, and go after Biden, and I want to see this happen because I’m sick of them getting away with it.

RUSH: Oh, man, do I hear you on that, that just has to happen. It’s gotta happen. Look. I remember Anna. She called yesterday. She was like you. She said she was 30, and she’s just not confident that we’re gonna be able to hold on to the country against all these — let me tell you, given what you are exposed to, subjected to every day in the news, it’s totally understandable that you would feel that way. And I really think, folks, this is not just an exercise. It’s not a test. It literally works. If you just stop watching the news. I know you’re thinking, “I can’t do that. I need to stay informed.” They’re not informing you.

You’re not learning any news by watching CNN or MSNBC or reading the New York Times. You are being propagandized. Do you realize CNN, MSNBC did not even cover the Rose Garden press availability today when the president announced the economic numbers? They didn’t even cover it. Turn it off for a week. Do not watch anything you think is liberal media for a week. And I’m just going to guarantee you your attitude about yourself and life in general will improve greatly because you are shutting out the number-one source of negativism and pessimism in your life. And that’s the mainstream media.

RUSH: That’s why I told the last caller… We had another guy who agreed with a previous caller, Anna.

“Rush, I don’t know. I mean, I like Trump, don’t misunderstand. But I think it’s lost. I think we’re losing the country, and I don’t see how we come back.” And believe me, folks, it’s totally understandable that you think this. Given what you’re hit with every day if you catch the news, it’d be totally understandable that you’d be at yours wits’ end, that you would feel pessimistic, outnumbered, overwhelmed.

When I tell you to turn it off for a week, don’t worry. You’re not going to miss the news because you’re not watching the news when you turn on CNN or MSNBC or when you read the New York Times or the Washington Post. You’re not really getting news. Now, in certain sections of print newspapers, you might get some actual news. But only in areas that have nothing to do with national politics, have nothing to do with the presidential race.

‘Cause, folks, I’m here to tell you the reason you’re so upset is virtually everything in mainstream news today — mainstream media today — is aimed at one thing, and that’s get rid of Donald Trump. That’s the purpose behind every story. It’s the slant behind every story. It is the narrative of every story. It is the purpose. It’s the reason. Getting rid of Donald Trump remains the only concern. Not reporting the news. Not making money. Not increasing viewership or readership.

So just turn it off!

Continue to listen to my show. You’ll get all the news that you need, and it’ll be healthy. It’ll be usable. It’ll be productive. It’ll be informative, it’ll be entertaining, and it’ll be worth your while. But it’s not going to ruin your day, and it’s not gonna dispirit you. It’s not gonna depress you. I’m just telling you, if you could do this — okay, maybe you don’t want to do it fora week. Try it three days. It ought to be easy.

Why purposely subject yourself to known aggravation when you don’t have to? If you hate your boss, you’re kind of up a creek. I mean, you gotta deal with the boss every day, but you do not have to watch this stuff every day. And I’m just telling you that, if you give this a try, you will have a change in your overall attitude about everything.

About yourself and about the country, about life and about the future. Because you’re gonna fill whatever time you have been wasting or devoting to watching yourself get beat up all the time, whatever you fill that time with is gonna be far more worthwhile and productive and useful. And you’re going to realize it, and you’re gonna have a much more positive outlook on life in general.

You’re going to feel much less pessimistic about the future of the country (I’m not exaggerating this a bit) because you are not going to be turning off “the news.” You are not getting news if you watch those networks or read those papers now. It’s one of the biggest success stories of the Drive-By Media to have political activism — legitimate, mean-spirited, extreme, packed-with-nothing-but-lies political extremism — successfully passed off as news.