RUSH: Joe Biden last Wednesday was on the Comedy Central network, The Daily Show with Trevor Noah. You know, I like these guys that have two first names. Sometimes it’s Noah Trevor, sometimes Trevor Noah. You never know which name’s first.

His guest was Biden and he said, “You may have people coming out many places to vote for you, Mr. Vice President. We saw in Georgia, if those people’s votes aren’t counted, then your entire campaign may be moot. If the Republicans run a cheat voter fraud campaign on you, what are you gonna be able to do about it? What’s the plan up until November to make sure people can vote?” 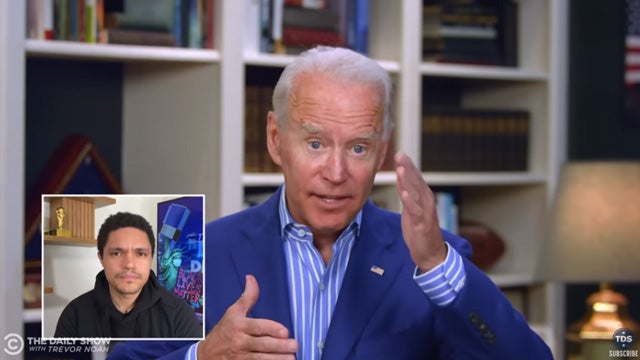 BIDEN: This is the guy who said that all mail-in ballots are fraudulent, direct — voting by mail — while he sits behind the desk in the Oval Office and writes his mail-in ballot to vote in a primary. You have four chiefs of staff coming out and ripping the skin off of Trump. And you have so many rank-and-file military personnel saying, “Whoa. We’re not a military state. This is not who we are.” I promise you I’m absolutely convinced they will escort him from the White House in a — in a — in a — with great dispatch.

RUSH: You know what is fascinating about this? It is the Democrats who refuse to accept the election results in 2016. There’s Hillary Clinton in the last debate claiming, you know, asking (well, actually it was Chris Wallace), “Mr. Trump, if you lose the presidential campaign, will you accept the results?” And Trump said, “Hell, no. I’m not gonna tell you that tonight.

“I don’t know what the hell is gonna happen between now and the election. I’m not gonna tell you tonight. You want me to concede defeat tonight? I’m not gonna do that.” That then became, “Trump will never leave! He will claim he won. Trump will not… He’s gonna destroy our democracy.” And what happened? And it’s still happening!

We are into the fourth year of the Democrats trying to get rid of Trump on the basis that he cheated and stole the election, when there’s never been a shred of evidence for it. So now here comes Plugs stupidly saying that he thinks Trump is gonna be the guy who will not leave office? What’s gonna happen, if Trump wins, these people are going to go…

I don’t know how they get more insane, but they will. If Trump wins in November (Snort!), I shudder to think. I’m gonna love it. But you have no idea what these people are gonna do — and not just Plugs or whoever’s running for the Democrats. I don’t expect him to be on the ticket, frankly. I’m just telling you. I don’t think he’s gonna make it to the election.

(interruption) Somebody’s gonna do something to make sure that he doesn’t. No, no, no. I’m just saying, they’re gonna find a way to replace him. This guy? I don’t care. There’s a poll out today showing Plugs with a 14-point lead. Plugs doesn’t have a 14-point lead on anybody. What’s happening is Donald Trump is losing to himself by 14 points now. Trump is not being beaten by anybody — and that is a singularly important point.

I’m not trying to be confusing. I’m not trying to be funny. Trump is losing to himself right now. But I don’t even think he’s losing. I don’t believe this business. I think polls taken right now… The polls taken right now four years ago had Trump losing in a landslide just as they do now. He’s not gonna lose in a landslide, and when he wins, these people are…

What else and where else can they go? They have already plunged the depths of depravity deeper than we knew existed. I wouldn’t be surprised if these people Plugs is referring to… (sniveling) “You know, call General Milley at the ‘Chiefs Joint of Staff’ and call these military people run a coup and just getting Trump out of there. Everybody knows he lost!

“Everybody knows he was supposed to lose. Everybody knows there’s no way he could have won. The results are fraudulent.” They’ll do whatever. It will blow your mind. It’s gonna be amazing to watch — and I’ll make another prediction. I think however the election turns out (chuckles), there are gonna be people on both sides that don’t believe the result. 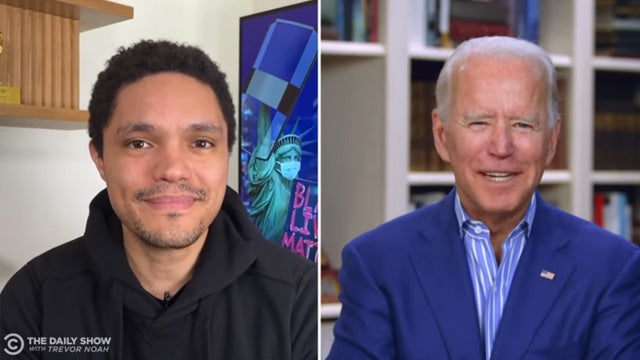 And for that, we owe the Democrat Party. They have devoted four years to destroying the honor and the integrity — the reputation, the image, whatever — of the American presidential election system. Don’t doubt me. This is not even arguable. In fact, there’s a story at CNN. I made a note of this. It was the middle of last week, and CNN did an interview with somebody.

I actually think that if Trump loses the election — which I don’t think is gonna happen. But if he lost the election, I don’t think he would make one effort… Unless there is demonstrable fraud that he can point to and prove. The real thing is that you realize there are gonna be voters on both sides who are gonna refuse to accept the results, and that is on the Democrat Party.