The Real Story of “Aunt Jemima”

RUSH: Yeah, that’s right, folks, I don’t know if you’ve heard or not, but Quaker Oats has decided they’re gonna get rid of Aunt Jemima pancake mix and the syrup. I think they’re gonna do it before anybody pressured them to do it, I’m not sure. Somebody may have pressured them to do it. The Aunt Jemima person was a real person. But here’s the story. 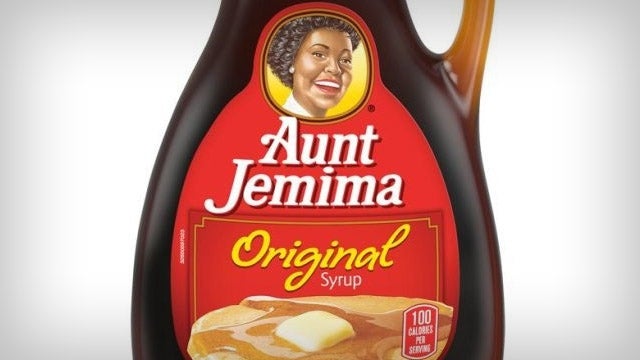 “Aunt Jemima brand to change name, remove image that Quaker says is ‘based on a racial stereotype.'” Now, this brand, Aunt Jemima pancake mix and syrup is a 130-year-old brand and it features a black woman named Aunt Jemima who was originally dressed as a minstrel character and then as a domestic cook and maid.

But I don’t think people know who Aunt Jemima was. There was an actual real person, and I have it here somewhere. And I’m gonna have to delay it, go back to the phones ’cause I thought I had these two pieces of paper right back-to-back, but I don’t. Wait ’til you hear her story, and wait ’til you hear how Quaker Oats made her wealthy and rich. And she’s a former slave. Aunt Jemima was a former slave. A real one. Not a descendant.

So I don’t know if Black Lives Matter demanded this or if Quaker Oats is just getting out ahead of the curve. I wouldn’t be surprised if it’s the latter. How many of you are getting to the point where you’re just throwing your hands up and saying, “Look, let’s get rid of anything that upsets anybody and then can we shut up?” How many are getting to that point?

But, anyway, I digress. While we have to get rid of Aunt Jemima, black Americans have — I think — had robust success in a number of ways. You know something else Shelby Steele says? In case you haven’t noticed, I dig Shelby Steele. I have quoted from Wall Street Journal columns of his over the course of this program for years. 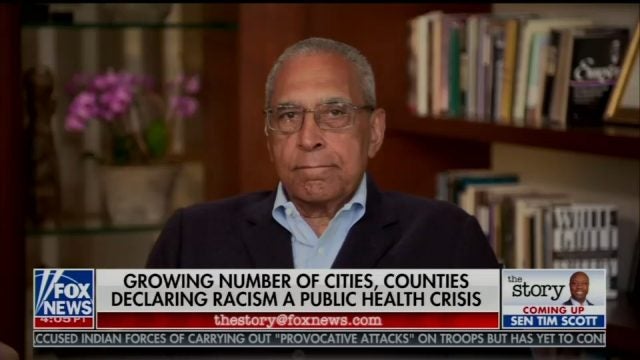 He’s raised a very… See, he can say this. I couldn’t say this.

He can say — and, by the way, he is a target of the Black Lives Matter. You know, Shelby Steele comes out of the Malcolm X generation. Malcolm X is a big guy to Shelby Steele. That’s how he traces his racial lineage. But he makes the point that he doesn’t understand why the American left doesn’t find the truly achieved and highly successful African-Americans and put them on pedestals as role models for younger blacks to follow.

Instead, bad actors, foul-language rappers, people who’ve been accused of sexual abuse. He says the wrong message is sent. He doesn’t understand why people like himself or Clarence Thomas or Thomas Sowell — and the list is long. Not only are they not held up at examples and role models, they are ridiculed! They are ruined! They’re call sellouts.

He’s exactly right that it’s such a disservice to young people who don’t think they have a chance of success. The reason that they are accused of being sellouts, by the way, how did they try to destroy Clarence Thomas? Before they dredged up and found Anita Hill somewhere, they tried to say (sniveling impression), “Clarence Thomas, the only reason…

“The only reason he succeeded is because white people accepted him, and he knew that he had to make that happen. So he groveled, and Clarence Thomas sucked up, and he sold out his blackness to John Danforth, and he became a Stepin Fetchit.” So no black success outside of affirmative action was permitted. Thomas didn’t use it! That was held against him. It was also held against him that if you’re a young black and you somehow have white champions — in his case, John Danforth — then you’re a sellout.

That’s how people like that are destroyed. I’m telling you, things could be so much better for so many young African-Americans if the role models were just changed. But that’s not for us to decide, folks. So we have here a woman named Riche Richardson, associate professor of African-American literature at Cornell’s Africana Studies and Research Center who got her doctorate and taught at two universities.

She told the Today Show today the Aunt Jemima image “is an image that harkens back to the antebellum plantation … Aunt Jemima is that kind of stereotype that is premised on this idea of Black inferiority and otherness. It is urgent to expunge our public spaces of a lot of these symbols that for some people are triggering and represent terror and abuse.”

It’s not the pancake mix, Mr. Snerdley. It is the image. So I found out a little bit about the actual person who Quaker Oats used way back when they created this brand. Her name’s Nancy Green. The original Aunt Jemima was Nancy Green. She’s a former slave. It’s 130 years ago now. That’s how old the brand is. Former slave. She was a cook. She was an activist. She was a renowned storyteller on stage with an audience.

“She was … the first of several African-American models hired to promote a corporate trademark… Her amicable personality and talent as a cook for the Walker family, whose children grew up to become [a] Chicago Circuit judge” and doctor. She had a visible role in raising the children of Charles Walker, and having that relationship helped establish the brand of Aunt Jemima because the Walkers loved her, and when she was hired, they helped spread the word about her getting this job. 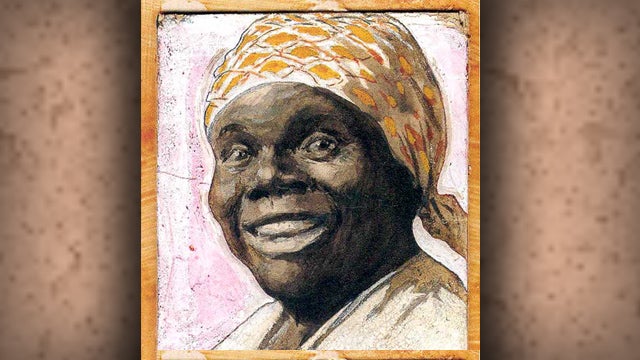 She was offered by Quaker Oats a lifetime contract to become Aunt Jemima and to promote the pancake mix. “This marked the beginning of a major promotional push by the company that included thousands of personal appearances.” There was all kinds of Aunt Jemima merchandising. Nancy Green, Aunt Jemima, helped organize the Olivet Baptist Church. “Her career allowed her the financial freedom to become an activist and engage in antipoverty programs.” She was well paid.

“She was one of the first African-American missionary workers. She used her stature as a spokesperson to become a leading advocate against poverty and in favor of equal rights,” for all people — all people — in Chicago. So by erasing her now and removing her image from the syrup bottle, the Quaker Oats company has kowtowed to the flaming leftists and black activists who say that the image is based on racial bias. And it might, because of all the other sensitivities that have been raised, it might offend people now.

But prejudicial and racist? I mean, she was a successful endorser, she was a successful model. She had a prominent role in the establishment of a brand that became leading in its category. I’ll bet you this professor, this Riche Richardson, whatever, I’ll bet this woman does not mention or maybe even know who Nancy Green was and her contributions to real change and reform and upward mobility and the things that she did for real people. (interruption) No, no, no. No, no. Quaker Oats can do what they want, don’t misunderstand.

There’s always a truth behind the misconception of news disseminated by the Drive-Bys. Well, you’re gonna be waiting a long time for Paul Newman to be removed from spaghetti sauce and salad dressing ’cause that’s his company. That’s his company. He may have assumed room temperature, but why does Paul Newman trigger you? Oh, he reminds you of white gangsters and you’re scared. Okay.

Mr. Snerdley says that Paul Newman triggers him. It was The Sting movie that got you, right? Yeah. Yeah. I can understand that. Understand that. Okay. I’m saying you’re gonna be dreaming long and hard for Paul Newman to be removed from spaghetti sauce, salad dressing. And don’t forget the popcorn.