Greetings, my friends. Great to have you here, as always. It’s Rush Limbaugh and the EIB Network. It’s 800-282-2882 if you want to be on the program. The email address, ElRushbo@eibnet.us.

(interruption) Well, yeah, I’m being kind of snarky. I mean, Dr. Fauci seems to be the foremost authority on what’s permissible and what isn’t. I mean, he’s been promoted as that. So when he speaks from on high as Dr. Yoda, you know, I have a little fun proclaiming it.

But I frankly — you know, folks, I am the eternal optimist. I always have been. I have never seen how they’re gonna play football this year. I’ve never seen how it was gonna be possible, short of having a vaccine or a therapeutic treatment that you can give someone that comes down with a virus and it cures them, makes it go away or reduces the impact of the symptoms. I have never known how this was gonna happen.

I admire the NFL for setting the season up and trying to put all the ducks in a row, make it look like that they’re ready to go if circumstances warrant, but, you know, just using intelligence guided by experience, knowing everything we know about this — do you know how much the NFL would lose if there are no fans in the stands? Three billion, $3 billion is how much the NFL would lose. Now, a lot of people, “Well, they’re all billionaires, they can afford it.” That’s not how billionaires look at it, folks.

They don’t look at it like, “Oh, we got three billion to lose. Let’s lose it.” And I think it probably would be more than that. And so then the question becomes, “Well, if you don’t play, how much do you lose?” And that’s an entirely different equation because then you have no income at all, unless you’re able to twist the arms of TV broadcast networks to pay you for the year in which there are no games as a guarantee that they’ll continue to have the coverage when the games resume.

But, no, I’m not trying to be negative. I’ve just never seen how it was going to work. We are not gonna tolerate — if one player — I know our society, if one player comes down with COVID-19, everybody is gonna demand the player be quarantined for two weeks, everybody else be tested, we’re gonna stop everything. All it’s gonna take is one player on one team. And that would be it. Our society is not made and not built to suggest, well, a certain number of people are gonna get it, let ’em get it, let ’em play through it. They’re young. They’re not gonna suffer much anyway, and we want to watch. That’s not gonna be permitted.

We are going way out of the way to make sure that nobody, quote, unquote, dies or gets sick or suffers in America right now. So I just haven’t seen it as a possibility. Same thing with baseball. Same thing with the NBA. Same thing with any of the other professional sports. And then it was confirmed the other day the coach of the Baltimore Ravens came out and the league has issued these guidelines and procedurals. These are things you have to do. 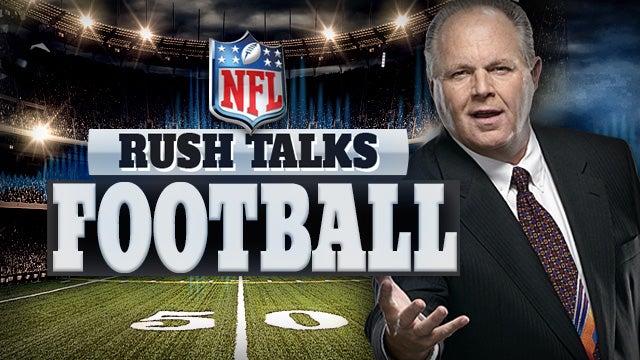 Can’t spit. Can’t spit? Can’t bleed. Can’t bleed? What do you think happens out there. And that’s just individual teams and their facilities. It’s certainly gonna be a long shot. I’ve love to be wrong about it. (interruption) No they will take their temperature. I’m saying that all it’s gonna take is one guy having the virus and that’s gonna send a shock wave of panic and fear through the entire team, that that player tests positive for, then through the entire league.

(interruption) Damn straight they are. Players, damn straight. We don’t want to suffer. Nobody wants to suffer here, especially this thing most people believe it’s a killer. (interruption) No. The players right now are so ticked off at the owners over this Kaepernick stuff and the fact that he hasn’t been signed. They would look at it as modern-day slavery to be forced to play even after somebody tested positive for COVID-19.

And speaking of that storyline, can you imagine that storyline, if the league tried to figure out a way to continue to play after more and more players came down with COVID-19, 75% of the players are African-American, what do you think the storyline, the narrative’s gonna be? And for the entertainment value of who?

CALLER: I’m doing great, Rush. My wife and I love you, and we listen to you all the time, and we hope you’re doing well.

CALLER: This politicized virus has had me angered for months now, and to wake up this morning and hear Dr. Fauci — who I don’t think has good intentions — saying that he doesn’t see how football’s gonna be played? Well, being a college football fan, I love it more than anything. But I love college athletics, and the catastrophic effects of not being able to play will be astronomically bad.

I mean, women’s sports are funded by football. A lot of these sports are funded by football. They will all go to the wayside. And this is all being done by a group of supposedly champions women. And this is all being done for a virus that has a 99% survival rate — and would probably be higher if the governors didn’t send sick people into nursing homes!

RUSH: No, definitely. For damn sure on that. 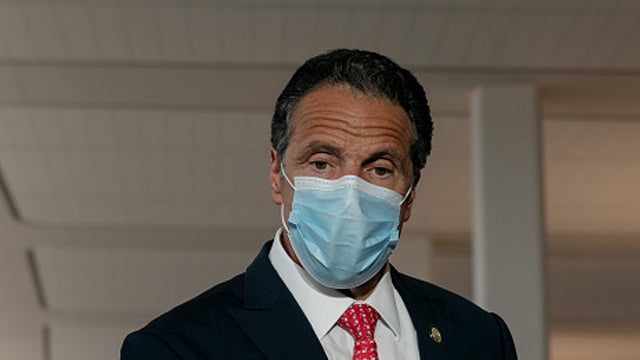 RUSH: That’s a direct swipe at Governor Cuomo. Governor Cuomo has perhaps done the worst job of any governor handling this, and who is he? The media says he is the best! The media says, “He is the model. He is the guy we all ought to follow.” That’s how screwed up our sense of values has become, all corrupted by politics.

CALLER: I think he should be criminally tried, to be honest with you.

RUSH: Well, you know, James Comey would say, “He didn’t intend for those people to die, so it be difficult to prosecute him.”

CALLER: Yeah. But I believe he should be. But that doesn’t mean it will happen.

RUSH: You know, you talk about college and the impact it will have on women’s sports. They can’t play college football if they don’t open the schools, if there are no classes. If the universities and colleges don’t open, then there’s no way that they could get away with having the college football season, even if they’re gonna prevent fans from going in.

CALLER: I hear you.

RUSH: So imagine the lost year of education to people, not just in college, but in high school and middle school and all the rest of this. Now, here’s the thing that happened. Stick with me on this, Randy. Donald Trump was sitting here minding his own business one day and this virus hits, and he has a meeting with the medical people — the Scarf Queen, Dr. Fauci, the CDC people and so forth.

And they tell him… They give him a model projection from some jerk in the U.K., and it says that if we don’t do anything, 2.2 million people will die in America and 500,000 will die in the U.K. Trump is sitting there look at this, and that’s simply unacceptable. You can’t ignore that. You have to pay attention to it, and then you have to hope these guys are telling you the truth.

But you ask, “Are they part of the deep state cabal trying to take me out?” He knows that they are, but yet 2.2 million people. Then it’s learned that that figure of 2.2 million people is simply a wild guess in a model that did not include as one of the factors any social distance. In other words, if we didn’t do anything, if we didn’t take any mitigating procedure, behavioral changes, then 2.2 million would die. 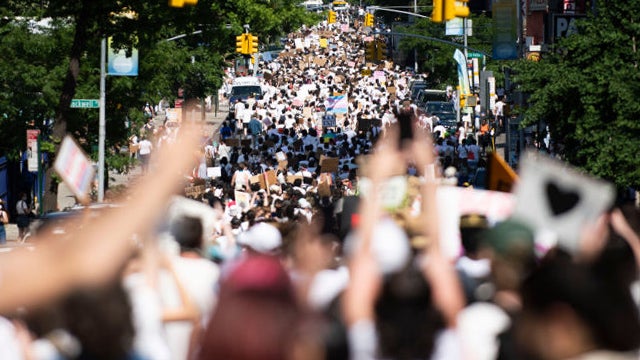 If we just did one thing — social distancing, keep six feet away from everybody — well, that 2.2 million people becomes something like 120,000, which is a big difference from 2.2 million. They misled! It was never going to be 2.2 million peoiple, but that’s how they got Trump’s attention. I’ll tell you what I think happened, Randy. I think it took Trump two weeks to figure out that the medical people were politicizing this for their and their buddies’ benefit.

It was a wet dream come true. I think it took Trump two weeks to figure out what was going on, and then it took a little longer than that to start pushing back against it and get everybody thinking about reopening because what we were doing was not sustainable. What we were doing was going to destroy the United States, and you have to realize…

Folks, there are people still to this day hoping that that happens because of this, and if it weren’t for Donald Trump — if anybody else were president when this happened — the lockdown would still be going on. The federal government would be printing money left and right and you would never, ever have to work again. You would have food; you would have shelter. You would have much, but you wouldn’t have to work.

(whispering) “Republican states,” notice. In Republican states. So they start talking about lockdowns again. “Oh, no!” And here comes Dr. Fauci saying yesterday something about, “I don’t know about schools today. I don’t think the NFL can play football.” So we know what we are up against here, and your anger on this…

Do you really think…? I don’t mean that to sound like it does. I’m not disbelieving you. Let me ask it again without the word “really.” Do you think it would be safe enough to go ahead and play the college football season, open the universities, have classes, behave normally? Same thing with the NFL. Do you think that that’s possible?

CALLER: Do I think it’s possible. I believe, yes. I thoroughly believe that that’s the way to go. We should go back to opening up everything, go back to normal. I believe President Trump. I agree with you. President Trump did the right thing for two weeks. I believe he understands that the deep state is using it against him, and I just don’t think he has enough support amongst people helping him push back against that. 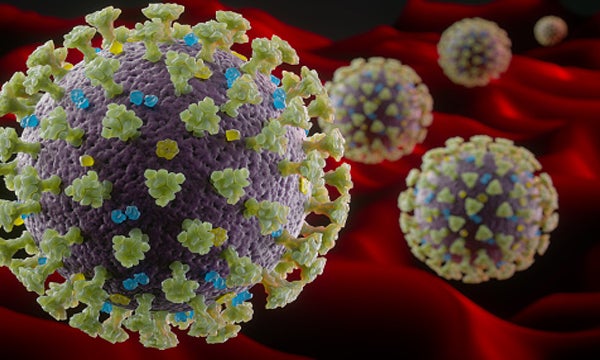 And I think we do need him reelected. But I personally believe, yes, that we’ve been through many viruses before, and yet during those times I could go to stadiums. I could sit in middle airplane seats, I could touch elevator buttons, and I believe I can still do it now, especially at the rate survival rate that this virus has.

RUSH: Okay. So what that means is you think that we’re all being lied to, to one degree or another, and that we’re being played or manipulated.

RUSH: Under the guise of saving our lives and protect us, it’s actually something else that’s the agenda?

CALLER: Correct. I do. But, I mean, there are people that are probably gonna die from it, but there are people who die from the flu. If you have… My father-in-law, if he got the flu, would die. My father-in-law, if he got this virus, would die. But he would die under either circumstance. That happens sometimes with people with underlying conditions. I don’t believe this is any different than anything in the past. I think this is being done for political purposes to hurt the country and hurt President Trump.

RUSH: All right, Randy. Thanks for the call. I appreciate it.