RUSH: There is an actor by the name of Terry Crews out there. Do you know who this guy is? What kind of stuff does he act in? Is he a sports actor? (interruption) Action-adventure kind of guy? Okay. Well, yesterday afternoon he was on TV.

I guess CBS has a show called The Talk, and the co-host was Sheryl Underwood. No, I guess it was two days ago, Tuesday. This is Thursday. So it was two days ago, and the co-host said to Terry Crews, “You made a comment on Twitter last week that got a lot of backlash. You said that ‘Defeating White supremacy without White people creates Black Supremacy,’ that ‘Equality is the truth.’

“I’d like for you to speak to that and give any clarity you see as necessary.” She basically was saying, “What the hell are you talking about? What does this mean, ‘Defeating White supremacy without White people creates Black Supremacy’?” So here is how he attempted to explain it… 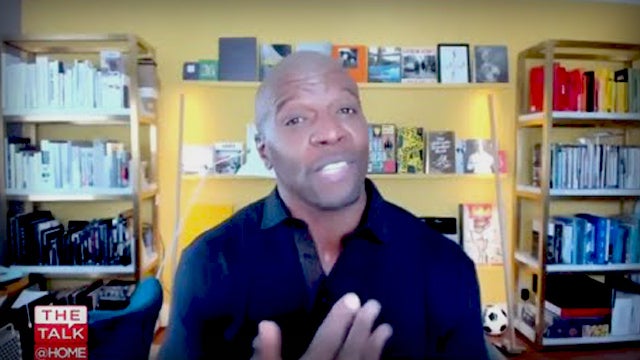 CREWS: In Black America, we have gatekeepers. We have people who have decided who is gonna be black and who is not, and I — simply because I have a mixed-race wife — have been discounted from the conversation a lot of times by very, very militant movements, Black power movements. I’ve been called all kinds of things like an Uncle Tom, simply because I’m successful, simply because I worked my way out of Flint, Michigan.

RUSH: No, no, no, no, no, no. It’s because you have a mixed-race wife. Well, it is because you’re self-reliant and you don’t spend enough time ripping into the white power structure — and why doesn’t he? I mean, many of them are the reason why he has succeeded. And that’s a crime, you see. So, you know, she’s got this perplexed look on her face like she still doesn’t understand the answer. So he continued.

CREWS: The problem with that is that black people have different views. You know, it’s funny because when you’re white you can be Republican, libertarian, Democrat. You can be anything. But if you’re a black you have to be one thing. Even Joe Biden said, “Hey, man, if you ain’t voting for me, you ain’t black,” and so this blackness is always judged. It’s always put up against this — this thing, and I’m going, “Wait a minute. That right there, it’s a supremacist move!” You have now put yourself above other black people.”

But you can’t be anything but a Democrat if you’re black. And that’s what he meant by black supremacy. That’s what he meant by this white supremacy is a bunch of garbage here. White supremacy without white people creates black supremacy. So he finally got to the answer and what he meant, and it’s a really, really good point. He goes after Biden here on this thing so he’s gonna be hearing from Democrats for a while about this. But he said, “That right there is a supremacist move. Black people have different views. You know, it’s funny ’cause when you’re white you can be a Republican, you can be whatever you want.”

This is the kind of realization that African-Americans are not supposed to have.