Get Great New Keepsake Items in Our Store

RUSH: Hey, a quick reminder, folks, the Rush Limbaugh Store is reopened at RushLimbaugh.com. A lot of new great keepsake items there that are gonna be hip for a long time and we’re gonna be rolling out a special fundraising campaign we’re doing in the upcoming days and weeks via the store as well. It’s still time for some Father’s Day stuff — act fast. 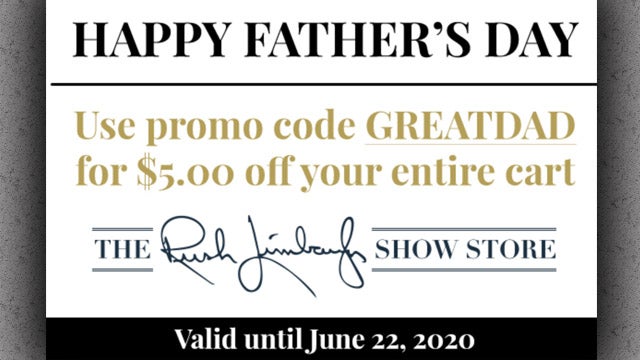 We’ve sold out of the mugs. We found — well, they’re probably gone now too. People are clearing it out, but we’re restocking as we can. I just wanted to let you know that it is reopened at RushLimbaugh.com. Just find the store tab.