When Will the Mob Come for Sheets Byrd?

RUSH: Here’s Marty in Orlando. It’s great to have you, Marty. Thank you for waiting.

CALLER: Hi, Rush. Dittos and the best wishes from Orlando. 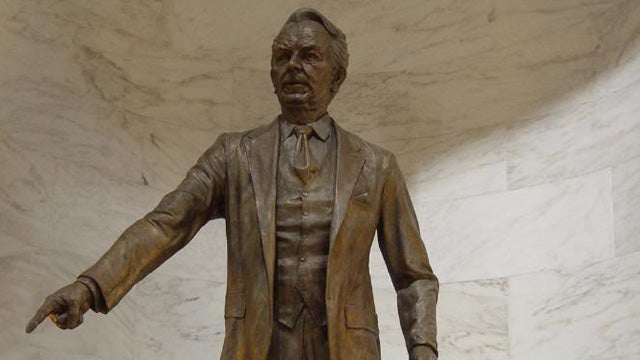 CALLER: Hey, Rush, as we move to cleanse our history of anything to do with segregation or slavery, how come it’s not a total cleanse? For instance, Senator Warren wants to rename military bases named after Confederate leaders, yet I don’t see any effort to remove Robert Byrd’s name from any of those federal buildings in West Virginia. I also don’t see any effort to removal the senatorial footprint of any of those pro-segregation Democrat senators that Joe Biden spoke so highly of.

RUSH: You know, give that time. I’m not convinced that that won’t happen in time. Do you know that even Pelosi’s father, Tommy D’Alesandro…? Tommy D’Alesandro put up statues of Confederate “heroes” when he was mayor of Baltimore. That’s where she’s from. The Robert Byrd business? This is the kind of thing that they may think they can hide.

They may think they sweep this under the rug, but somebody’s gonna figure it out at some point. Maybe they have. Maybe I’m wrong about this. Robert Byrd was a Grand Kleagle in the Klan! He was a recruiter. He was openly using the N-word all over Washington long after … You go on Meet the Press and used the N-word when talking about his days as a Grand Kleagle in the Ku Klux Klan. 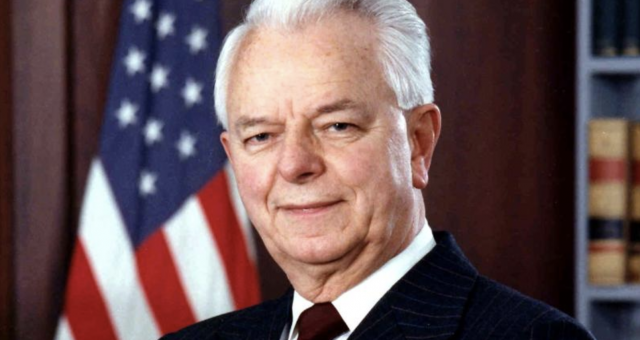 The KKK was the military wing of the Democrat Party. When Martin Luther King and his band of protesters was getting beaten up in Selma, it was Democrat police chiefs turning the dogs and the fire hoses on ’em. It was Democrat governors that was closing off states and universities to African-Americans. People have forgotten or they’ve never been taught.

The Republican Party was actually founded in opposition to slavery, and Abraham Lincoln was the Republican Party’s president. He ran on an anti-slavery agenda, including some other things. The Civil War was waged under his leadership and presidency, and 500,000 Americans lost their lives (mostly white) to end slavery.

Abraham Lincoln wrote the Emancipation Proclamation, which went into effect on January 1st, 1863 — and from that we get to where we are today, that somehow the Republicans are the racists and the slaveholders and the slave owners? The Republican Party, in its early days, was founded in opposition to slavery and saw to its end. The Democrat Party…

Plugs Biden earlier in this campaign got into trouble because when he first arrived in Washington 40 years ago as a senator, those segregationist senators were still in Washington, they were still serving. That’s who he was praising. You want some names? J. William Fulbright of Arkansas, one of the mentors of Bill Clinton. Herman Talmadge of Georgia. 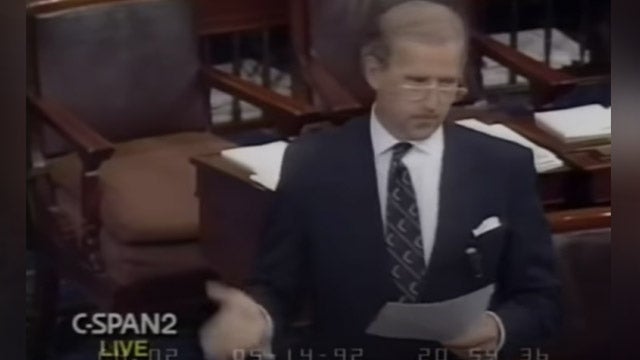 You had a bunch of these southern senators that were huge segregationists who wanted nothing to do with the Civil Rights Act. How about this? The Civil Rights Act of 1964 would never have passed were it not for Republican votes. There were enough Democrat votes against it in ’64 to defeat it. A greater percentage of Republicans in the Senate voted for it than did a percentage of Democrats.

All because the president at the time was a Democrat and created massive welfare programs, the Great Society, and the War on Poverty. That’s why the Democrat Party has been able to claim credit for all of the emancipation, support, love, and appreciation for African-Americans. But the Democrat Party — for most of its lifetime — was a slaveholder party.

It was a party of the plantation, party of the Confederacy. All those people were Democrats. You’ve got George Wallace and Lester Maddox, the governors. Bull Connor, the police chief in Alabama, was turning dogs and fire hoses on Martin Luther King’s people, the protesters — and there are Democrats alive today who know every bit of what I’m telling you.

John Lewis. They know every bit of it is true. It’s been one of the greatest political sleights of hand in our lifetimes, to somehow convert the party that was created in opposition to slavery and won the presidency on that agenda — and then ended it — is now the party of racism today?