RUSH: There’s a Wall Street Journal lead editorial today, and the headline: “News from the Non-Lockdown States.” Now, what we’re hearing every day is the number of cases running a record every day. (impression) “Oh, my God, it’s getting worse! We’re back to peak COVID-19! Oh, my God! People gotta wear masks! Oh, my God.

My friends, this lead editorial in the Wall Street Journal says, “Per-capita Covid fatalities were 75% lower in open states.” We’re talking fatalities. They still focus on the number of cases, right? As we discussed yesterday, that’s because they want you to think cases equals sickness, equals irreversible sickness, equals death.

They don’t actually say it. They want you to conclude it. But, per-capita fatalities due to the COVID-19 virus “were 75% lower in open states. … A new analysis by The Sentinel, a Kansas nonprofit, compares the 42 states that shut down most of their economies with the eight that did not. The latter group includes mostly rural states with some small metropolitan areas:

“North and South Dakota, Nebraska, Iowa, Arkansas, Oklahoma, Wyoming and Utah. Private employment on average fell by 7.8% between May 2019 and May 2020 in these states while plunging 13.2% in the others.” Republican “governors have faced enormous media pressure…” You know, stop and think: “enormous media pressure.”

I thought the media was the news? What is the media doing pressuring anybody? I know. It’s a rhetorical question. Don’t misunderstand. I’m Just illustrating my point. Republican “governors have faced enormous media pressure to lock down their states in solidarity with Democrats, and some now are getting browbeaten to shut down again amid coronavirus flare-ups.

“So it’s worth pointing out that states that didn’t lock down this spring kept the virus under control and experienced fewer deaths than most [of the states] that did.” We’re not talking cases. We’re talking actual numbers of deaths, which they don’t spend much time talking about, nor hospitalizations as well.RUSH: Now, folks, I was told that the coronavirus was especially dangerous for African-Americans. Had you heard this? So when I saw this next story, I was a little perplexed. Lincoln County, Oregon. Have you heard about this? Lincoln County, Oregon, has exempted African-Americans from a new order requiring face coverings — i.e., masks – to be worn in public. And this is to prevent racial profiling. 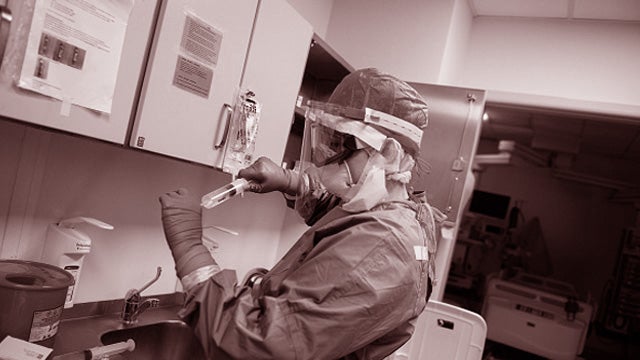 So to avoid racism, we are telling African-Americans in Lincoln County, Oregon, you don’t have to wear a mask. You can make yourself even more vulnerable to this disease even though you’re at the top of the vulnerability list. Why would a woke county in Oregon allow noncompliance by the group that we are told is most susceptible to getting this virus? Why subject black residents to such great danger? I know it’s not a noose, but it looks a lot like racism here. What else could this be?

They think they’re doing them a favor by exempting them from wearing a mask, or are they admitting, “Yeah, wearing the mask, it’s really a pain. We understand this. It’s an irritant. You guys don’t have to do it. You don’t have to do it. We’re not gonna be racist and make you wear a mask.”

“Wait a minute. We’re most susceptible to getting it.”

“Yeah, well, that’s something you’ll have to consider.”

This had to happen too. This is only a matter of time. “Due to Seattle’s ‘unrest,’ billion-dollar investment firm moving to Phoenix — Coronavirus pandemic or not, an investment advisory company is leaving the cultural unrest in Seattle and moving its headquarters to Phoenix’s Camelback Corridor.” Have you ever been to the Camelback Corridor? (interruption) Oh, it’s a gorgeous place out there. It really is.

“‘The unrest that has taken place in the city of Seattle … there is really is not a downtown business community today,'” says Smead Capital Management president and CEO Cole Smead. So the guy named the company after himself, which he can do.
“Smead said that although taxes in Seattle are lower, candidate recruitment is harder and the cost of living within the city is more expensive than Phoenix. ‘We’re hearing rumors of 40-story buildings that will be only 20-percent occupied by October,’ Smead said.” He said we’re hearing stories of all kinds of businesses getting ready to move outta here because they’ve given the town over to the reprobates. 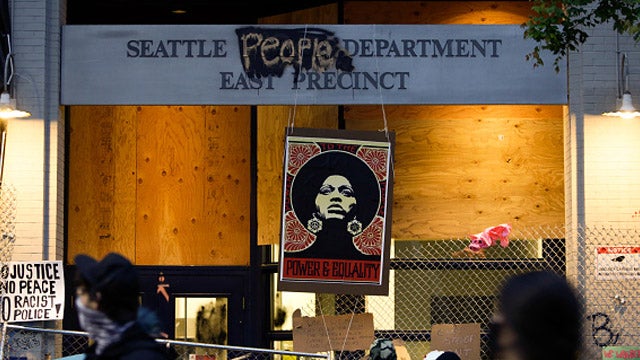 So a question. Should people like this, like Cole Smead, the CEO of Smead Capital Management, should people like this stay and try to fix these places, or is it better to leave and let Seattle just collapse? What do you think the answer is? Get out, is the answer. Corporate responsibility only extends so far. If you’re gonna close the police station, if you are gonna eliminate any sense of public safety, then what the hell does it matter. I think it’s an interesting take.

By the way, it’s just the beginning of many. These are things that are easily predictable. You know, we sit here and we look at the left and we think, look at New York with Cuomo making a mess and everywhere else on the left it’s a mess, pick your city, and we think the left will just sit there and take it, they’ll just deal with it because of loyalty to their elected official.

No, folks, they split the scene. They abandon just as much anybody else. The problem is they take the stuff that poisoned their communities with them wherever they go and they try to elect the same kind of disasters that have caused them to flee their homes in the first place. But they get out of there. They get out of New York. There are people getting out of Michigan right now ’cause of that insane governor.

Do you know what Joy Behar said that she and her husband do? They drive around, they get in the car and they drive around looking for people not wearing masks. Well, if they find people wearing blackface I’m sure they call Whoopi and tell her about it. But, no, Joy Behar revealed yesterday that she regularly spends time looking at people who are walking around without masks.

“I don’t have much faith this is gonna end any time soon,” Maude Behar said, “barring a vaccine. All we have is social distancing and masks, neither of which is happening in this country right now. This gonna go on and on and on and on. I’ll tell you the truth, it’s making me crazy,” she said. “So what I do, I get in my car, maybe with Steve -” that’s her husband “– and we go around town, we look for people who are not wearing masks.”

“Behar’s comments,” it says here, “touched on growing concerns that social distancing guidelines were being abused by some as a justification for surveilling fellow Americans. While mask requirements vary by state, the federal government has not mandated that citizens wear them.” So she’s out spying. I don’t know who she’s telling when she encounters them, getting license plate numbers if she gets them in their cars or what have you.