RUSH: Tim Scott. I haven’t talked about Tim Scott yet and before the week ends, I need to bring this up. Tim Scott, Republican, South Carolina, got very serious after the George Floyd death, the resulting civil unrest, the war on cops. And he attempted to do what everybody in Washington tells us we must do. He attempted to cross the aisle. He attempted to come up with legislation that both parties could support, for the good of the country, for the good of the people, to satisfy everybody, to deal with legitimate problems so that they would not happen again.

He proposed legislation to fix blue state, Democrat-run cities’ police departments. What’d the Democrats do? They insulted him, and the blocked the bill. After demanding pretty much everything he put in the bill, they blocked it, because it’s an election year, and they cannot possibly have a Republican, African-American Republican anywhere near a solution to this, because they don’t want a solution. They don’t want the idea that cops kill black perps solved. They want the issue. 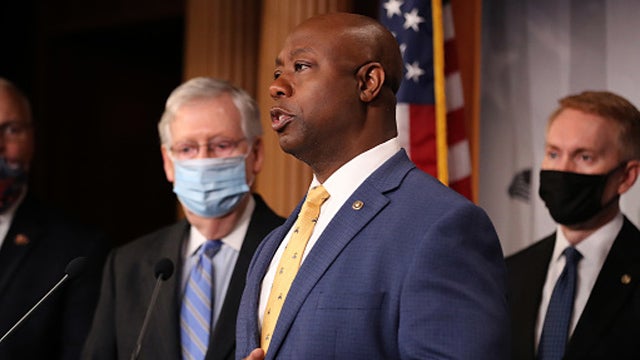 So they had Senator Durbin go out there on the floor of the Senate and refer to this as a token piece of legislation. Tim Scott is the only African-American Republican senator. And there’s Durbin purposely calling his legislation “token” like it’s insignificant. He knew what he was doing. He was calling Senator Scott a token.

And Senator Scott responded on the floor of the Senate by talking about how that literally hurt him to his soul. To be called a token by a fellow the United States senator. So the Democrats insult him, they block the bill, and that’s how to look at this. Democrat-run cities lead the news most every day — riots, looting, statue defacement, destruction, boarded-up stores, the police under assault, police departments defunded.

If there was a real news media, Democrats would be losing by historic, landslide numbers in every poll. Their cities are rat- and crime-infested hellholes. And those hellholes are being sustained through November. So Republicans, led by a black senator, offered to do the work the Democrats will not do. He offered to reform police departments and to try to begin restoring order to Democrat-run cities under the silly belief that they were interested in restoring order. They aren’t. Not right now.

The lack of law, the lack of order, all of that is seen as helpful to the agenda of getting rid off Donald Trump. They ended up smearing Scott for his efforts. All he did was take them seriously. All he did was afford them the respect that they demand. He believed they really were interested in police reform. He believed after the George Floyd episode that the Democrats really did want something to get fixed so that this kind of stuff would stop. 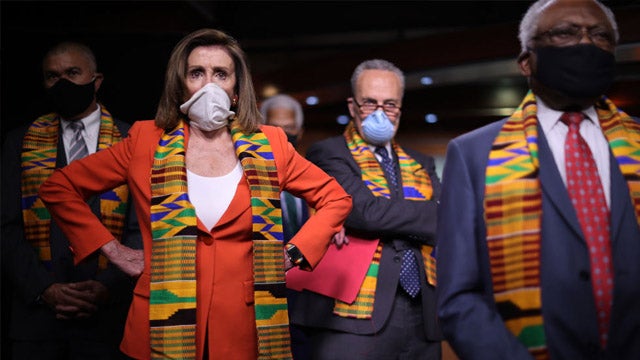 That is as vile as Biden saying if an African-American doesn’t vote for him, then that person ain’t black. You see, folks, the Democrats do not fix problems. They create them. They exacerbate them. When it all goes to hell they smear and blame Republicans, but they don’t fix anything. Nothing ever gets fixed. It’s just the beginning of new problems when the Democrats get their hands on something. They’ve made the cynical political calculation. That they profit from misery. That’s their plan and they are sticking to it.