The President Is Not Going to Stop Tweeting

RUSH: Luke in Scranton, Pennsylvania. Great to have you, Luke. How are you doing, sir?

CALLER: Great. How are you, Mr. Limbaugh? First of all, mega dittos and mega prayers. I was told to get straight to the point, so I’ll do that. I heard you acknowledge in the first opening monologue for the first time in a while that Trump’s tweets are actually kind of hurting him. For example, he’s going on and on about the Supreme Court today, even though he’s winning.

He brought up the Bubba Wallace apologizing tweet the other day even though that issue was settled. And another example just like the veto of the defense bill renaming the Confederate bases. Why are these the hills that he’s trying to die on? Like, I know that you have his ear.

And it’s the first time that I’ve heard you acknowledge that his tweets might actually be hurting him. I feel if he would settle down on Twitter a little bit, this election is his to lose and he’s just — the self-inflicted wounds are not hurting him — or are not helping him at all. 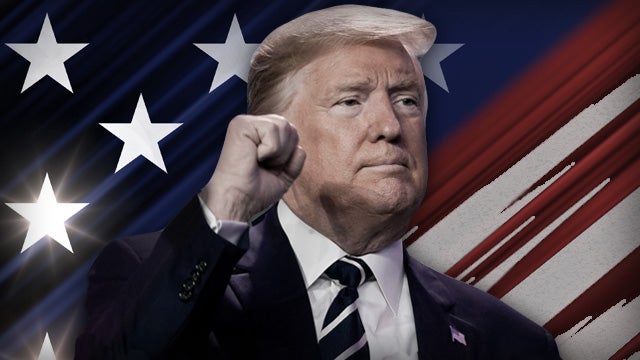 RUSH: Well, if I may, I didn’t actually say that the tweet is hurting him. I said I didn’t understand it. I said, “I don’t understand why he’s not high-fiving this today. The people that want to destroy him by seeing his tax records are not gonna get to see them.” That, to me, is bottom line. But instead he’s tweeting about how he continues to be persecuted here.

He believes that his tweets are the only way that he has a chance to level the playing field against an obviously biased mainstream media. Why he wants to go after Bubba Wallace and why he wants to go after whatever other things you said? Only he can explain this. But you have to also look at it from his standpoint. He was tweeting throughout the 2016 campaign, and he wins.

He tweeted throughout the Russia hoax. He tweeted throughout the Ukraine impeachment — and every effort to get him failed. In his mind, his tweets are succeeding. I think there’s a lot of people on the Trump side who are curious and a little unnerved and think, “Gosh. This guy is just — he’s choosing the wrong things,” like your Bubba Wallace example and other things.

I can’t explain it to you. He may be thinking that this is what he has to do to keep his base with him, or these tweets could be an actual window into his mind. He’s really ticked off about some of this stuff and feels compelled to get his side of it out, and tweeting — Twitter — is the only way he can do it. I’m glad you called out there, Luke. Thanks much.