Bite Me Speech Illustrates Why Dems Have to Hide Him

RUSH: Well, this is pretty interesting. Joe Bite Me is giving a telepromptered speech right now in Delaware, in Wilmington, and he’s telling everybody that Trump is presenting a false choice. You can’t just say open up and go back to work. You can’t just do that. That’s putting public health at risk, and it’s irresponsible. There’s a better way to do it. Of course, this is, in a nutshell, what the election’s gonna be all about. 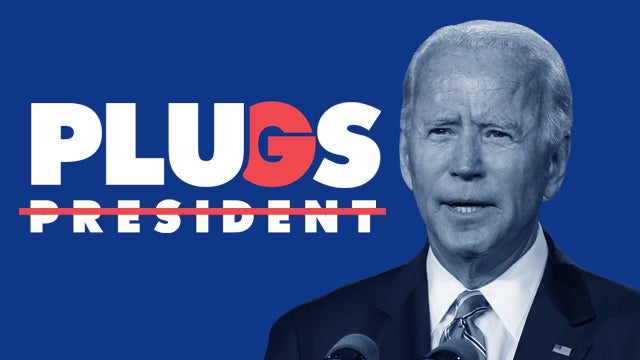 And Joe Biden trying to tell everybody that the president’s presenting a false choice, you just can’t say open up, and you just can’t say open the schools, it’s more complicated than that, and Trump is putting everybody at risk, and it’s time he either got out of the way or started doing his job in the right way or some such thing. I didn’t have time to watch the whole thing. I just saw a couple minutes of it. But it did illustrate the stark contrast that will be on the ballot on November 3rd.

RUSH: We have some sound bites of Plugs’ speech here. They trotted him out. I think he was in the basement with the American flag behind him, and the teleprompter. And we’ve got three bites from Bite Me, and here is the first one.

BIDEN: Nineteen states reported record cases, including Florida, which saw more than 15,000 new cases in a single day. Hospitalizations and deaths, two of the most concerning indicators of Trump’s failed response, are already unacceptably high and they are rising. It’s gotten bad enough that even Donald Trump finally decided to wear a mask in public.

RUSH: “It’s gotten bad enough.” So they think this guy has a chance against Trump. You just heard, they can’t trot him out very often. Now, they had him on prompter so he can’t screw up the words, but you can’t hide the fact that the guy is aged. But the hospitalizations and the death rate and the number of cases, how in the world is that Trump’s fault or anybody’s fault?

We’ve got a virus that’s spreading out there. When AIDS was spreading, you know what the left did? They tried to blame Reagan for it. They tried to blame Ronald Reagan for AIDS. AIDS activists, all leftists, are running around saying if Reagan would have just talked about it, then it wouldn’t have existed. They politicize everything and blame the most prominent Republican or conservative of the day for whatever is going wrong. 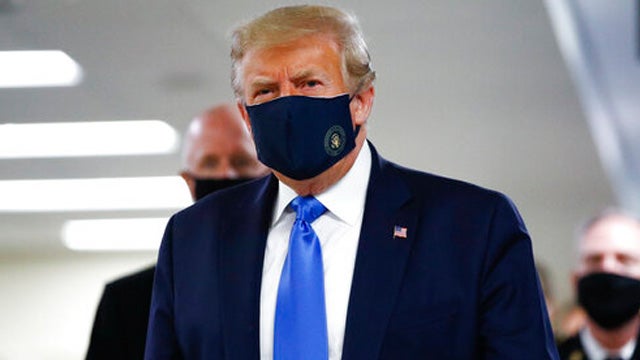 Now, are there people you can blame for policies in the face of a pandemic that are wrong, like Cuomo and sending seven to eight thousand seasoned citizens nursing homes? Yeah. You can find fault with things like that. But Trump hadn’t sent anybody anywhere. Oh, and the mask. The worst thing you Democrats did was demand that Trump wear a mask because there’s nobody in this country looks better in a mask that Donald J. Trump. He looks badass in that mask. Do we still have that photo, Brian, in your Dittocam file? We’ll find it.

Biden said 15,000 new cases in a single day. He did not say 50. Said 15. There’s Trump in the mask. We’re putting it up on the Dittocam. That’s at Walter Reed Army hospital. Is that not badass or is that not badass? Versus you got Biden and his mask is hanging off of his left ear. We have that in our reservoir up there as well. Here is the second sound bite in Bite Me’s speech in Delaware today.

BIDEN: Mr. President, “open everything now” isn’t a strategy for success. It’s barely a slogan. Quit pushing the false choice between protecting our health and protecting our economy. All it does is endanger our recovery on both fronts.

RUSH: Wait a minute. Stop the tape. This is exactly my point. He’s trying to tell you we can’t do both. We cannot open our economy and protect our health at the same time. We’ve gotta choose. And if we protect our health and our economy has got to be perhaps irreparably damaged. And that’s the choice they want to present? That is absolute BS. We can and we have to do both.

We have to stay open. We have to open even more. We have to protect the people who are most vulnerable and let the others live their lives. But the idea “‘open everything no’ isn’t a strategy for success, it’s barely a slogan. Quit pushing the false choice between protecting our health and protecting our economy?” If we can’t do both of those things at the same time, then we don’t deserve anything. 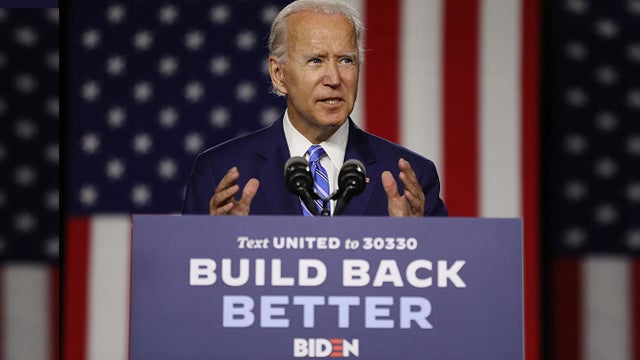 RUSH: Well, you just got through saying we can’t deal with both of them at the same time, that it’s a false choice to try to deal with both at the same time, so what do you want to do? “If we can’t deal with the public health crisis, we can’t -” why not? We can do both. This is my whole point. We can do both, and we have to do both. We have had tough challenges like this. We’ve overcome them in the past. This idea that we as Americans can’t do this, can’t do that, can’t go over there, shouldn’t there, this is absurd. Finally, here’s Biden proposing the — well, the Green New Deal.

RUSH: Yeah. Just like you probably believed it when he said, “Hey, Russia, if you could help us find Hillary’s emails, send them to the media, the media’s looking.” These people are colorless, humorless. They’re almost robotic. Biden clearly is. Now, Biden said that Florida saw more than 15,000 new cases in a single day. He did not say 50,000. He said Florida saw more than 15,000 new cases a single day, which was reported.