The Left Will See Pushback on Election Day

CALLER: Yeah. Well, after 30 years of listening to you, now I fear I’m the call you don’t want to take. So let me get this out of the way. The reference to your comment —

RUSH: All right. You’re not the guy.

CALLER: You made a comment earlier about us not being the people — we’re not those Americans. And I dare say we are those Americans. We’re not the people that we thought we were, Rush. I mean, we don’t fight be back at Trump rallies when we’re attacked, on college campuses, we don’t boycott the NFL, the NBA, and NASCAR. We really don’t have much fight in us and I’m as shocked as everybody else that we’re not the people we thought we were. It’s discouraging, but I think it’s true nonetheless.

RUSH: I beg to disagree. We did temporarily impact the NFL. We did temporarily, along with Trump, get them to stop the kneeling. We ticked off the players, but the league was losing fans — there was nobody going to games. And the TV ratings were plummeting. And it didn’t take any activist behavior. It just took people ignoring the NFL. And I will guarantee you that if they do start playing in September and if they do start kneeling during the anthem, the same thing’s gonna happen. People are gonna abandon the NFL.

You’re right about one thing. There is a significant amount of fear on the part of our side. They’re genuinely afraid if they go public with support for Trump that they’re gonna get physically assaulted, like this couple in St. Louis had fear. But I understand your point, and it’s a good one. I will expand on it when we come back from another obscene profit break.

RUSH: Now, back to caller who thinks, “Rush, you’re missing the point. We aren’t who you think we are. We’re not the people that beat the Nazis. We’re not the people that beat back the Japanese.” And, by the way, it’s not just that we were victorious in war. We have overcome countless obstacles in health that did not destroy us. We adapted. We came up with vaccines or cures. But we by nature, by tradition we have not been a nation of whiners or complainers. We’ve not been a nation of people who’ve chosen to be victims.

And his point was, “Rush, I think we are. I don’t see any pushback. I don’t see any of this great, valorous behavior you think exists out there.” The pushback, yeah, we don’t see it in the form of running into the streets to beat up Black Lives Matter protesters or Antifa, but you wait ’til what happens on Election Day. That will be an ultimate form of pushback, and you just wait. The left has no idea again what awaits them. 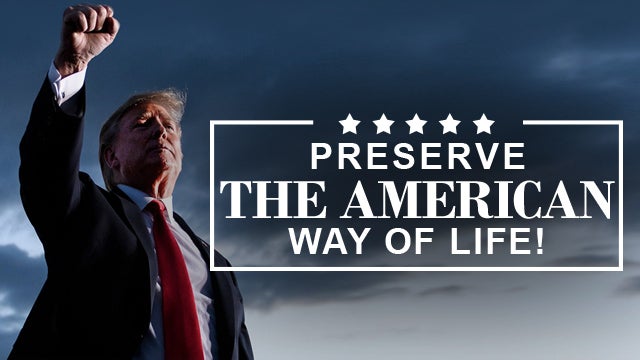 But there is — I just had it on the tip of my tongue — evidence of pushback. It’s not the NFL example I already gave. Anyway, it’ll all come to me. I’m trying to do too many things at once here, and as well squeeze some phone calls in. I’ve got some dynamite audio sound bites. It sounds like to me like Bari Weiss, the resigned editor, op-ed page editor at the New York Times, has realized now that there is fake news, that the New York Times is fake news. That’s what she’s a realized.

In a nutshell, that’s what her resignation letter is all about. You people are fake news. You’re catering to a bunch of know-nothing nobodies on Twitter, and Twitter is not on our masthead. She’s realized it. You think Bari Weiss — three years and counting, four years of a fake story on Russian meddling in the election, no evidence, there never was any.

This Roger Stone business. People are leaving out something very crucial when they start ripping into Trump for this. They’re ripping into Trump for commuting Stone’s sentence because Stone may be a quid pro quo. Stone may have promised Trump that he wouldn’t flip on him if Trump promised him — why is all this happening? Do you realize everything that happened to Roger Stone happened in a process crime? Everything that happened to this guy happened because there was an investigation into nothing? A totally illegitimate, fraudulent investigation into something that did not happen, that the investigators knew did not happen, and that is Trump colluding with the Russians to steal election. 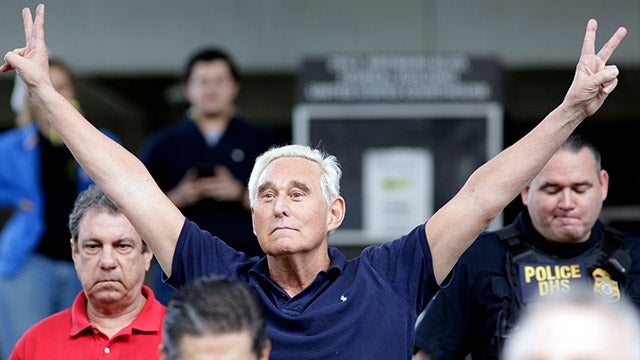 It didn’t happen. There was not a single word of truth in the New York Times for two years about it. Do you think Bari Weiss realizes that now? The New York Times published two years’ worth of lies and disinformation and has yet to apologize for their readers for it. You want to talk about should there be any shame, how about that? If they can’t be ashamed of misleading their entire reader base for two years on a fake news story about Trump-Russia collusion, why would they be shamed that an op-ed page editor is resigning? (interruption) Well, whose colleagues? (interruption) The Washington Post, bunch of people tweeting how they find it outrageous? Okay, fine. I would love to be wrong that it causes there to be some change, but it isn’t gonna happen.

What do you expect? Do you expect the New York Times is gonna change the way they report the news because of this? The New York Times is gonna start ignoring Twitter? (interruption) They don’t have any shame. Listen to me. If they haven’t apologized — I cannot overemphasize the egregious, outrageous example of just totally fraudulent, near criminal malpractice journalism that that whole story of Trump colluding with the Russians was and remains.

And there hasn’t been a single apology, there hasn’t been a single bit of shame or embarrassment. And the reason is that every reporter knew there was nothing to this when they began. They knew that it was a coup attempt, and it’s ongoing. Roger Stone had no more business being on trial than George Papadopoulos had being on trial, that Carter Page had, or anybody else in this sorry excuse for a so-called investigation.

“Donald Trump, we need to investigate the commutation.” No, you don’t. You need to investigate what led to Roger Stone being charged with anything in the first place because there was nothing legitimate about any of it. The fact that Roger Stone came as close as he did to going to prison where COVID-19 is rampant is outrageous, folks. It’s a process crime. He didn’t do anything because nobody did anything in the Russian collusion story.

Everybody involved here knew that there was no collusion. Clapper, Brennan. Remember what we’ve learned? They were testifying before Congress they never once saw any evidence that Trump had colluded with the Russians. They never saw any evidence the Russians had succeeded in tampering with votes. And yet that same day they testify, they’re on CNN at night calling Trump a Russian agent for Putin.

So Stone gets ensnared of all of this. You have to keep all this in perspective. Roger Stone had no business being in court. He had no business being charged with anything. Nobody else did, either. The people that need to be charged are the people that ran this coup. And, by God, they had better be. But, hell, that’s looking like, “Well, we don’t know. May not be able to finish this before the election.”