RUSH: Look at this. Dr. Fauci and Colin Kaepernick are gonna receive the award for commitment to social change. Oh, by the way, last night I guess there was an NBA game. The players kneeled again. In the postgame they talked to LeBron James. There wasn’t a thing about the game. It was all about social justice, all about Trump, all about all this other garbage that people do not tune in to watch a basketball game for. 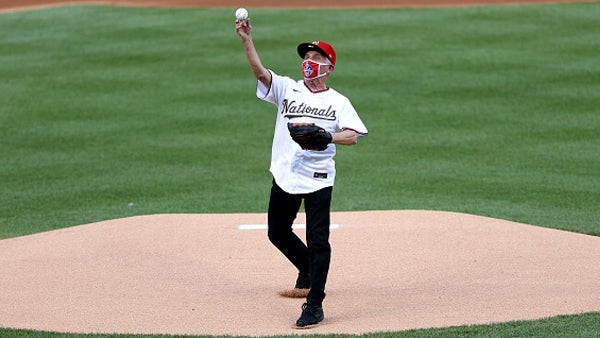 So, look. Somebody help me. What has Dr. Fauci done to warrant an award for his commitment to social change? What has Dr. Fauci done that advances equality — as these leftists define this — advance equality, justice, and human rights? Don’t forget, Dr. Fauci’s supposed to be the nation’s foremost expert on vaccines. That doesn’t seem to have a whole lot to do with social change, but what do I know? I’m just a guy on the radio. In fact, can anybody even name one vaccine that Dr. Fauci has ever helped develop?

Oh. Speaking of which, I have a story in The Stack today — I think it’s from Gateway Pundit — that Dr. Fauci holds a patent on one of the drugs being tested as a vaccine and stands to make $500 million from it. I think it’s Gateway Pundit. I’ll get to it as the program unfolds. I saw that, and I said, is this really true? Is this a conspiracy story, ’cause there’s so much out there. You know, weeding through the news today and making sure that you don’t get fooled by some wild-ass conspiracy theories, it’s getting tougher and tougher and tougher to do.

You know what? I know what it is. Social change is locking down the country. Dr. Fauci’s constantly agitating for that, is he not? That would be social change, as in destroying the economy.

RUSH: Here is who talked about Dr. Fauci. Grab sound bite number 23. This is all the way back on July 23rd, the YouTube talk show Valuetainment. Waterkeeper Alliance founder, the activist Robert Kennedy Jr., debated the former Harvard Law School professor Alan “the Dersch” Dershowitz about the coronavirus vaccine. And here is what RFK Jr. said.

ROBERT F. KENNEDY JR.: Anthony Fauci put $500 million of our dollars into that vaccine. He owns half the patent. He has five guys who are working for him who are entitled to collect royalties from that. So you have a corrupt system and now they’ve got a vaccine and it’s too big to fail. 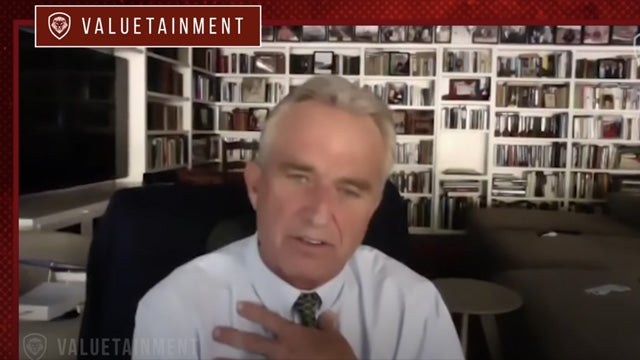 RUSH: So, I’m sorry it was not Gateway Pundit. Maybe Gateway Pundit reported this, but it was Robert Kennedy Jr. — you heard that — that Dr. Fauci put $500 million, our dollars, taxpayer dollars. So I guess what he means is that Dr. Fauci took some of the budget of the National Institutes of Health and put it into this vaccine and he now owns half the patent. Man, oh, man, this happened on July 23rd, just now getting out into the public domain.

Has anybody seen RFK Jr. lately? Holy smokes. No wonder Dr. Fauci is not wearing a mask out there at the Nationals game. He’s got a patent on the vaccine.