RUSH: Ladies and, Michelle (My Belle) Obama is out with a review of the debate. “The former first lady said that Trump’s performance in the first debate on Tuesday was a tactic to get Americans to tune out altogether. She made the comments in an Instagram post where she called on Americans to resist the urge to check out and to please rally around the Democrat nominee, Joe Biden.” 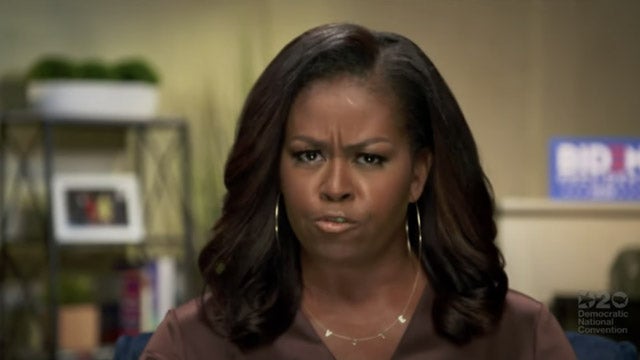 She wrote on her Instagram post, “If you were turned off by the president’s behavior last night, I feel you. Believe me, I feel you.” No, those are Joe’s words, Michelle. You don’t want to go there. “But we can’t let [Trump] win by tuning out altogether. That’s what he wants. So turn those feelings into action. Turn them into votes for my friend, Joe Biden.” Michelle (My Belle) said that a vote for Biden is “the only way Americans can get out of this chaos and restore some stability to the country.”

So Trump didn’t want anybody paying attention. That’s a new one. Trump was trying to get voters to tune out altogether. Trump wanted low ratings. By the way, the ratings are in, and they were down over 2016. You know, these debates, a lot of people watch ’em, 80 million, 84 million. This I think drew 71 million with Fox News leading all networks. Michelle (My Belle) said: “You can start by reaching out to everybody you know. Make sure they are registered. Make sure they know how and when –” We’re back to this?

A bunch of Democrats don’t know when the election is? A bunch of Democrats don’t know how? She said this. “You can start by reaching out to everybody you know. Make sure they’re registered. Make sure they know how and when they’re gonna vote.” Oh, maybe “how” means they’re gonna vote for Plugs. I guess. But, man, what a bunch of dummkopf people if you gotta tell ’em when the election is, if you gotta tell ’em how. And then she said, “Follow up with them every day to make sure they cast their ballot, because in this election we gotta vote for Joe in numbers that cannot be denied.”

Of course, no thought to turning off Biden. Biden is the guy who started the interruptions! Biden started it all. Ari Fleischer went back and looked at it and tweeted, and John Nolte at Breitbart went back — and I did too. I watched a little bit of it again and everything was going along fine. It was Biden that started all the interrupting, and then Chris Wallace was second.

Trump didn’t interrupt anything or anybody until all of that started, and it was Biden who did it first — and of course, there’s no concern. Anyway, my point is: Isn’t it obvious that they think Biden lost the debate, if they want him to not do anymore of ’em? If they’re trying to hamstring Trump, if they’re trying to give moderators the power to kill Trump’s microphone, doesn’t this kind of tell you that they don’t think Biden won? 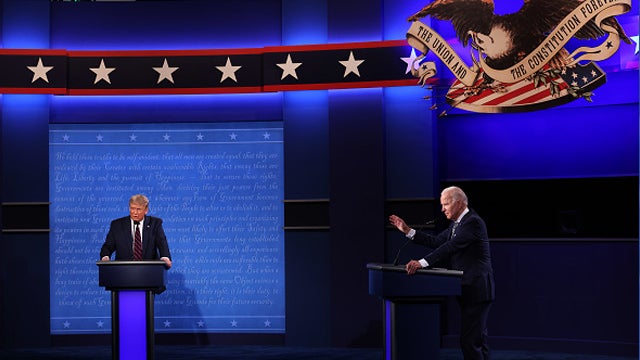 If they thought Biden won this thing, there wouldn’t be this talk about canceling the other two. And, by the way, the reasons for canceling the next two debates? Man, they run the gamut from it’s destroying the country, it’s an insult to the country, it’s damaging our national security, and so forth. All of these reasons to cancel the next two debates.

But, you know, we’ve been here before. Grab audio sound bite number 1. I want to take you back to me on this program, October 10th… Can you believe this is October 1st? I can’t believe it. It’s October 1st already. We here in South Florida, we don’t… Seasonal changes don’t really happen. We get occasional cold fronts here in December-January, but nothing…

To us, it’s still summertime here. The feel-like temperature is still in the nineties. So October 1st just snuck up. Anyway, back on October 10, 2016 — we’ve been here — that was shortly after NBC News released the Access Hollywood tape. Trump and that guy Billy Bush, and they’re walked out of a trailer on a Hollywood set parking lot, and that’s where Trump said famous people can do what they want to do with women.

Remember the outrage? Let’s go back and relive that.

RUSH ARCHIVE: All these people on the left and the media running around outrageously offended? They’re not offended in the slightest by what Trump said! They’re capitalizing on it. They’re the ones that set up this permissive society! They’re the ones who have shred the boundaries. They are the ones who have erased… These are the people that take money from people in Hollywood that produce some of the most depraved content we have seen! 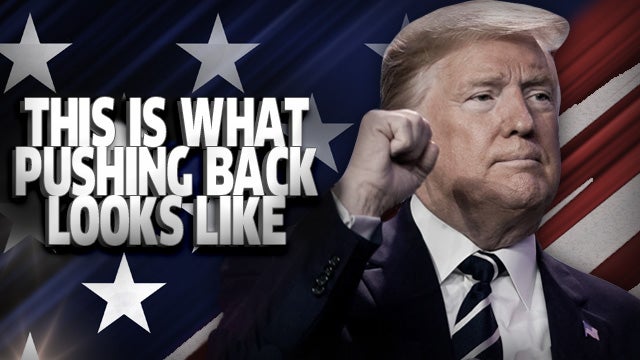 And they celebrate it and they applaud it and they call it great art. And it’s far, far more destructive in terms of how it is portrayed than what Trump’s talking about on some bus in a studio lot at Access Hollywood. So the hypocrisy on this is tenfold. They get to act like they’re righteously indignant and like this is the greatest assault on morality and decency, and these people have presided over the destruction of decency!

In song lyrics that they produce, music, in books they write, television shows that they produce, movies! For these people to act like they’ve never heard these words before and never heard them used this way? It’s opportunism. It has nothing to do with the issues. It has nothing to do with the future of this country, and my guess is that a slew of Americans are fed up with all of this kind of rotgut determining electoral outcomes, particularly this year. And I am hoping there is a huge backlash over this entire tactic.

RUSH: And you remember that entire tactic did not work. They released… It was an October Surprise, the Access Hollywood video, and I remember when it hit, I was livid. That’s the only time I called the Trump campaign, and I also shared the message with everybody here on the air. “You better not react to this. Do not. Do not. People are fed up. 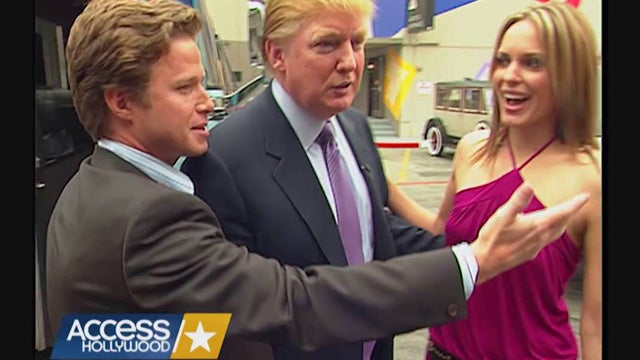 “They’re fed up with this kind of stuff late in the game determining election outcomes,” and it didn’t matter. They couldn’t believe it. Remember? And this is all part of what I have said about them having every weapon in their arsenal known to man — and they’ve used it.

Weapons that have gotten rid of Republicans with ease in the past, glance off of Trump with barely any evidence that he was hit, and they can’t stand it. So this is almost a repeat, a replay. The reaction to the debate is almost a replay of their reaction to the Access Hollywood video, including down to the time frame. We’re only 10 days earlier that when the Access Hollywood thing dropped.