RUSH: Michael in Manvel, Texas, great to have you, sir. How are you?

CALLER: I’m great. Mega prayers, Rush. I want to get right to it. I’m telling you, Rush, I’ve got these Democrats figured out. We know that Democrats… We know that George Soros pays people to show up to vote, to riot, to protest. Why at these, quote, “Biden rallies” are they not paying people to show up? They are willing to let these horrible optics out there of nobody showing up. It looks terrible.

Yet Biden keeps doing these events, and they’re not having people show up. I’m telling you, it’s because they’re just running a cursory campaign. They’re going through the motions to get to the mail-in ballots. They are willing for these terrible optics — every time Biden shows up — to be out there and get on the internet. People are laughing at them; they don’t care.

They are telling us what is coming. They’re gonna just get through the campaign, run the clock out, and then start counting the mail-in ballots. Because there’d be no other reason to not at least have some show of support at these events. They don’t care! They’re okay with that looking like that out there. That should be very telling for all of us watching this. It’s very concerning. 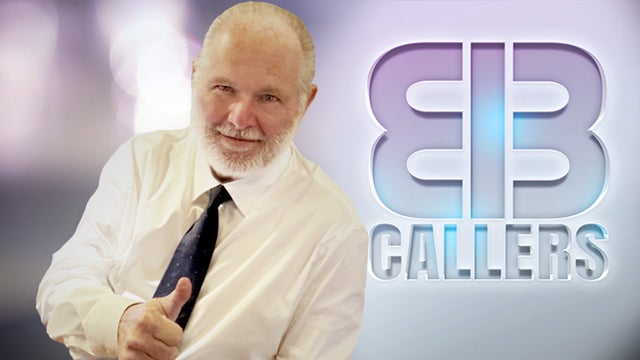 RUSH: So you think the fact that there’s nobody showing up at a Biden rally is being done on purpose?

CALLER: Well, they’re not paying people to show up when we know they easily could, Rush. They’ve done it in the past. They’re not even taking the time to get people to show up. It’s because they’re just running the clock out. They are just getting to the mail-in ballots. There’s no doubt about it! We know they pay people to show up to vote, to riot, to protest. Why aren’t they paying supporters to show up to show some support for Joe Biden? They’re willing for these terrible optics to be out there every time Biden shows up. They don’t care! They’re running the clock out.

RUSH: Because it’s all about getting to the mail-in ballots.

RUSH: Well, wait a minute. Where are the mail-in ballots?

CALLER: Well, that’s a great question. I don’t have any good answers to that. I want to hear the Republicans start talking more about what is the plan to find where they’re at and how are we are gonna combat it, because they’re gonna be fraudulent!

CALLER: We need to have a plan for these mail-in ballots. The Democrats are showing us they don’t care about the campaign, because they don’t even want people… They’re not even caring enough to pay for people to show up — and, Rush, I’m gonna tell you something about these polls. The Democrats know Biden’s not up double digits. But that’s how many mail-in ballots they know they’re gonna have because at the end of the election when all the mail-in ballots are counted, they’re gonna be able to say, “Hey, look at these double-digit leads in pre-election polls!” (crosstalk)

RUSH: Let me ask you this, Michael. Is there anything the Republicans can do to stop this massive drowning that we all face in the mail-in ballots?

CALLER: That’s a great question. I heard you ask Donald Trump what he was doing about it, and he said, “Well, we have some lawyers on the ground.” Everybody… This is all hands on deck, Rush. It’s the mail-in ballots. They’re running the campaign outlet. They’re running the clock out. We have to be so vigilant and prepared —

RUSH: They just want to get to Election Day where they can then flood America with the mail-in ballots?

CALLER: Absolutely that’s why. Look, they’re not gonna be fooled by these polls. They were fooled by the polls with Hillary. That’s not happening again! They know they’re not up double digits. These polls are out there so that when they — 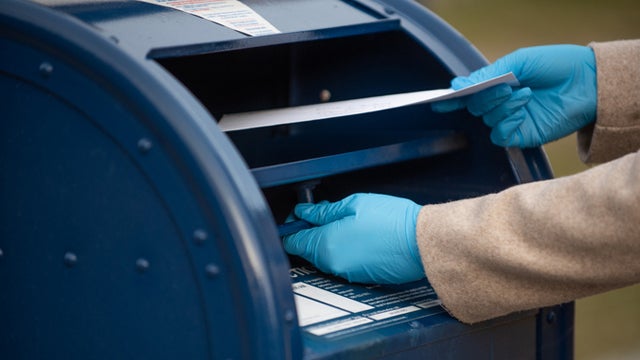 RUSH: If they’re not up by double digits, then they’re not winning the election, especially if we could find the mail-in ballots and burn ’em.

CALLER: I love… (laughing) Hey, I’m in favor of that, Rush. (laughing) I love that. If they’re not up double digits —

RUSH: I’m assuming you’re talking about these things as illegal.

CALLER: Absolutely. These are the Democrats! These are radicals. These are Saul Alinskyites. The ends justify the means.

RUSH: I got you. I hear you, man. Okay. So that’s it: “We need to find where the mail-in ballots are, and then we needed a bunch of matches and some gasoline.”

RUSH: Okay, Anthony in the Catskills in New York. It’s great to have you, sir. Hi.

CALLER: Thank you. Mega dittos, mega prayers, Rush. On the Affordable Care Act under Obama, it’s mandatory that you have to show a photo ID to see a doctor. But the left is always telling us, it disenfranchising people to use it to vote. I think that should get out the American people. Most people don’t know that, and I wish you’d give it to the campaign.

RUSH: Let me tell you something, Anthony. People in this audience know it.

RUSH: They know damn well. This is one of the things that we harp on constantly here about the hypocrisy that you need a photo ID to basically do anything in this country except when it comes to voting. Then somehow, you don’t need one. Everybody knows why. This is so they can get people voting for numerous times, they get people voting who are not who they say they are. Everybody knows the game here. It’s just a matter of having an army in place to stop ’em.