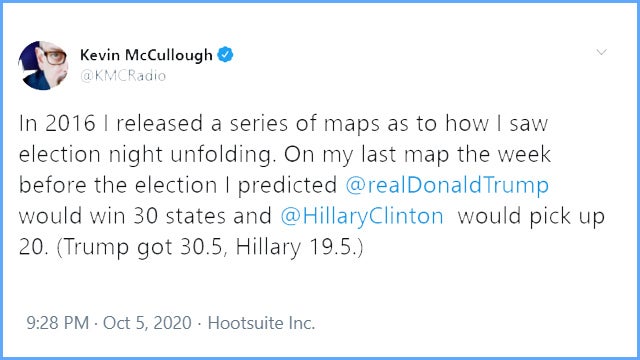 Now, I know that’s really not very far. I mean, that’s 14 years ago. Big whoop, you’re saying. And I understand. But everybody has to start somewhere. And 2006 is his beginning year. And he just posted his prediction map for the 2020 election. And rather than show you the graphic I’m just gonna give you the Electoral College results of it. 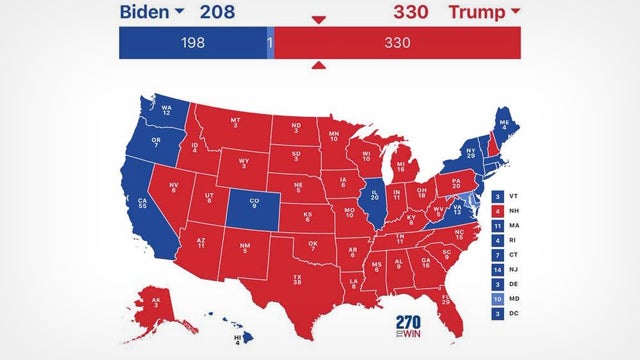 And everybody’s saying, “Well, yeah, but, I mean, that’s coincidence. The fact of the matter is, Rush, that back then Trump didn’t have a record, didn’t have to worry about a thing, nobody expected him to win. Nobody’s guard was up. But now, I mean, Rush, even you have to admit, even you have to admit, Rush, that Trump’s got so many more enemies today than he had back then. He got so many more people lined up against him.”

I don’t know that that’s true. But an electoral map that looks similar, especially electoral vote totals, got my interest.

RUSH: By the way, there’s a story here by that guy I just shared with you, Kevin McCullough, the guy who thinks and has predicted Trump with 330 electoral votes, Biden and with 208. He’s got a story that runs at Townhall.com. The headline: “Signs That Trump Isn’t Going to Win on November 3rd.”

I said, “What the hell is this?” and I think the headline is written so that every leftist nutcase out there will read it, because it says the exact opposite. Let me share with you some of the pull quotes from the story, “Signs That Trump Isn’t Going to Win on November 3rd — Now it must be acknowledged President Donald J. Trump is just not capable of winning this Nov. 3. Perhaps the Democrats have finally found the silver bullet.

“After the Russia Hoax, Impeachment Farce, Lockdown Lies,” all of that, and “they’ve even floated the 25th Amendment… Not even Nancy Pelosi’s prayers for the president’s health could keep him in the hospital for more than three days. And here one week after he contracted it — no one’s even discussing him having it because he’s symptom free and feeling twenty years younger. So no… Donald J. Trump just doesn’t have what it takes to just win,” ’cause he’s gonna win in a Trumpslide. 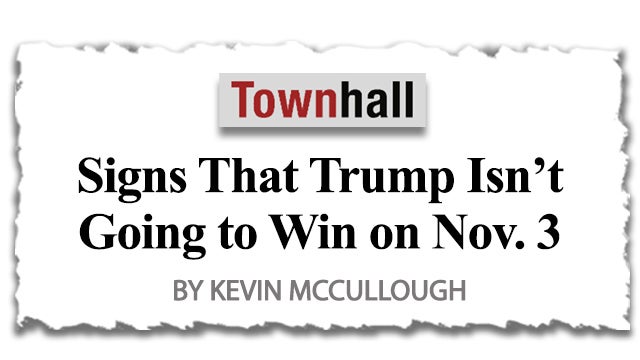 Trump isn’t just gonna win. He is going to wipe them out.

“To be exceedingly clear,” writes Mr. McCullough, “I find no evidence of a Biden win outside of the media polls.” You know, and this is an excellent observation. I’ve made the observation myself: Where is the evidence of Biden energy? Where’s the evidence that there is a massive connection of voters attached to Joe Biden? You just don’t have it.

(impression) “Well, Rush, he doesn’t go out there much because he’s trying to protect himself from COVID-19, so…”

“Oh the pundits, Never Trumpers, and Democrats will explain away Biden’s every foible. When he says the voters ‘don’t deserve to know’ his view on a 150-year precedent breaking idea of randomly packing the Supreme Court, they will give him a pass.

RUSH: “When the Biden-Harris bus rolls in and six people sit in a gym in big circles drawn on the floor, the media will ignore the contrast of 40,000 supporters on a rainy tarmac in Minnesota. But this election won’t be decided by the pundits, Never Trumpers, and swamp monsters. 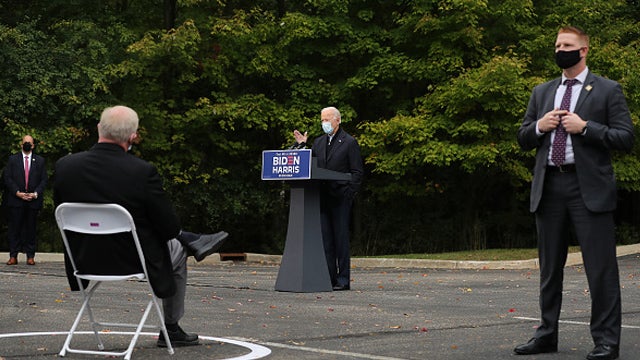 “The American people are the only poll that matters. On November 3rd, President Trump won’t just win, he will break records, shift turn out patterns, and crush his way to the biggest re-election victory since” Ronaldus Magnus, 49 states in 1984. It’s what he thinks. He’s got the guts to put it out there.