Sen. Graham on ACB Hearings: “I Don’t Listen to the Radio”

RUSH: Jared in Pittsburgh as we head to the phones. You’re up first today, and it’s great to have you. Hi.

CALLER: Hi, Rush. I just want to express mega prayers, and I just want to say it’s an honor to get hold of you. I just wanted to express my frustration with the seeming naivete of the Republicans with these hearings. You had Senator Graham the other day in the hearings dismiss any notion that there shouldn’t be hearings and underhandedly saying that’s why he doesn’t listen to talk radio.

Senator Grassley was guaranteeing everyone that this isn’t gonna turn out like the Kavanaugh hearings, and then the repeated praise of the Republicans toward the Democrats of how nicely they’re conducting the hearings, and it’s just… It’s very frustrating, because you could just kind of see it coming. If they handled… If they handled the switch from Kennedy to Kavanaugh the way they did, it’s gonna be even worse with Ginsburg to Barrett, especially so close to the election. I just want to emphasize, they need to (crosstalk). 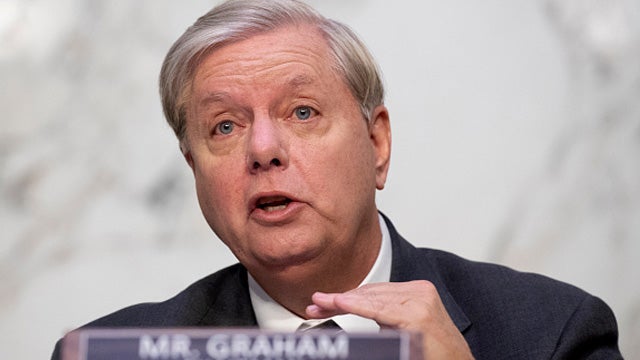 RUSH: Wait a minute, now. Hold it. We’re getting all over the ballpark. What are you worried is gonna happen here?

CALLER: Just what you expressed at the beginning of the show. Something at the last minute’s going to come out and —

CALLER: — if they can delay it just two weeks, they’re… You know?

RUSH: So your concern here is that they decided to go ahead and do the hearings when they didn’t have to do the hearings, and now they’ve done the hearings. They did a short length of time; it still lets enough time for these people to come in and screw up the works. And then you heard, you heard Senator Grahamnesty make some snarky comment (summarized), “No, I’m not going to cancel the hearings. I don’t listen to radio,” and you assume that he was making a critical, snarky comment about me?

CALLER: It seemed underhanded, yes — and especially Senator Grassley guaranteeing that this was not going to turn out the way the Kavanaugh hearings did. I just sit there and think, “How can you guarantee that?” I mean, it was a last-minute thing with Kavanaugh, and that’s all they need to do now is find some last-minute thing where they can just delay it and delay it, and turn it into a big sideshow again.

RUSH: That’s what I’m telling you. Senator Graham said that because he doesn’t listen to the radio, he’s not gonna let that happen.

CALLER: (chuckles) Well, I just think it’s just very naive of the Republicans to think that this is not going to turn out the same way.

CALLER: Well, it was yesterday or the day before the beginning. He said that he knows there are some people on his side that are insisting not to have the hearings, but that’s why he stopped listening to talk radio a long time ago or something along those lines.

RUSH: I don’t think he said “talk radio.” He may have. I only heard one comment. I thought he said he doesn’t listen to radio. Look, I heard him. The impression I got, ’cause I was the… Par for the course. I’m the leading advocate for not doing these hearings. Just get it done. We don’t require them. They’re not constitutionally required. Just confirm the woman and let’s move on! (impression) “Oh, we’re going to do hearings. We’re going to give the Democrats a chance — as they should have — uh, to probe questions and so forth.

I said, “Well, bad move,” and so his rejoinder was, “Well, we’re gonna do this. I don’t listen to the radio.” The thing is, I don’t know why Senator Graham… Why’s he got it in for me? I’ve played golf with him a couple of times. I don’t… I did call him Senator Grahamnesty once way back during immigration. I don’t know why in the world he’s got a, you know, bug up his underwear about me. I really don’t.

RUSH: Here, by the way, is the Lindsey Grahamnesty bite. Grab audio sound bite number 28. This was from just this past Monday. I thought this was from last week. This was from Monday in Washington. Is that right? It seems like this was older than that. But I can only deal with what I’m told here. So Monday in Washington Senate Judiciary Committee confirmation hearing on Amy Coney Barrett. Oh, this is opening remarks. I thought that he got questions about this before the hearings began and that that’s when he said this. Maybe not. Here is what he said.

GRAHAM: Why hold this hearing? A lot of people on our side say just ram it through. I hear that a lot. That’s why I don’t listen to the radio much anymore.

Snerdley says, well, doesn’t matter. You were the leader, you were the only one that mattered. Well, maybe, but if he doesn’t listen to radio anymore, then how does he know that that’s where that this was happening? Of course he doesn’t.

RUSH: Aiken, South Carolina. This is Mike. It’s great to have you, sir. Hi.

CALLER: Mega dittos, Rush, and mega prayers. I’m a minister of the gospel, and I’m leading my congregation in prayer for you. But I wanted to let you know what’s going on in South Carolina. Jaime Harrison is the guy that’s running against Lindsey Graham. And there are commercials being run on TV, and the theme of the commercial is, “What’s happened to Lindsey Graham?”

And they actually show you, among other conservatives, talking about Lindsey Graham. And I’ve been a 29-year listener and I know the context. And the context has nothing to do with this election. It goes back to things you said when you, and frankly a lot of us, were mad at Lindsey Graham about amnesty. But the idea is what’s happened to Lindsey Graham? They’re using you. Your identity is being stolen.

RUSH: This is the first I’ve heard of that. How are they doing it? What do they have me saying? 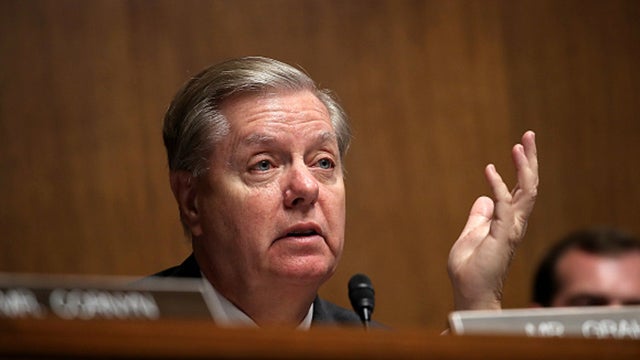 CALLER: I wish I’d written it down. It’s basically along the theme of what happened to Lindsey Graham?

RUSH: Yeah, but what do they have me saying?

CALLER: I wish that I had written down.

RUSH: They have me saying what happened to Lindsey Graham?

CALLER: That’s what it sounded — that’s what I’m remembering.

RUSH: What happened to Lindsey Graham. Well, if that’s all —

CALLER: I could see that happening back when, you know, he was Lindsey Grahamnesty and, you know, we were all upset with him about that.

RUSH: Right. I’ve said that about him on the golf course.

RUSH: No, I have. He hit a great shot. We were playing Augusta and the guy hit a great shot, I said, “What the hell happened to Lindsey Graham?” Now, there’s no cameras allowed out there.

CALLER: No, you were sitting behind the EIB Network.

RUSH: Oh. Okay. I see. So they’ve put together an ad that tries to convey that former, or maybe even current, supporters of Lindsey Graham think that he’s left the reservation?

RUSH: All right. Well, it’s about time the program was coming to screeching halt because I get the sensation that my voice is starting to grow just a little hoarse here. I’m still trying to figure out what happened to Lindsey Graham. At any rate, I hope you have a great rest of the day, folks. We shall, and we’ll be right back here revved and ready together tomorrow. Same time. Thank you for always being with us.