How Confident Are Democrats, Really?

RUSH: Audio sound bites. CNN, Cuomo Prime Time, Fredo Prime Time last night. The host is Fredo Cuomo, and he’s got the former Obama green jobs czar on as his guest, Van Jones, and they’re talking about Vice President Biden’s strategery here of sleeping and rehearsing and prepping and sleeping and basically lying down in the basement in one of the four Biden mansions somewhere in Delaware. 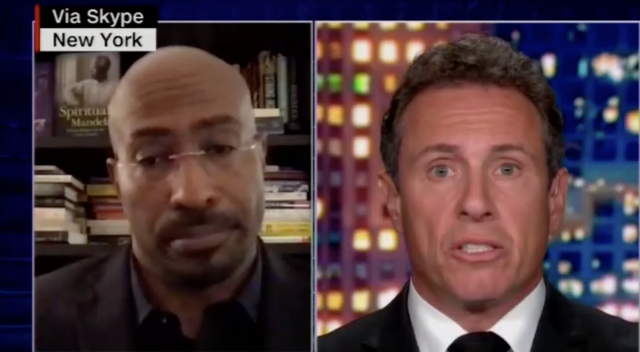 JONES: Look, I — I would love to see him more. Um, I’d love to see Kamala more. Trump is doing 27 rallies an hour. He’s all over the place. I agree with you. He’s on Zoom calls all day. He’s shoring up his support in places. Instead of broadcasting and fighting with Trump, he’s narrow casting to his campaign.

FREDO: I’m saying he should be here right now, and he should be talking to me about this stuff. Kamala Harris should be doing it.

RUSH: Now, look, this is more than Fredo being jealous that Biden’s not calling him. These guys understand there’s a problem here. And, folks, the more this campaign gets closer to Election Day, the more identical it appears to 2016. It’s just incredible. Hillary Clinton couldn’t be found, and she had no desire to be found. Remember she never went to Michigan.

It was in the bag, her people told her. “You don’t need to go to Michigan, Hillary. We can’t guarantee we’ll get you back on the bus if you get there; so let’s not even run the risk.” So she never went to Michigan. She didn’t go anywhere. Now, back then they all believed their polls and they all believed that she was gonna win a double-digit landslide, that this was (sigh) a fait accompli.

Trump didn’t have a prayer. The guy was a buffoon. The guy was an outsider. He was an embarrassment, didn’t stand a prayer. And, as such, Hillary didn’t go anywhere. They’ve learned nothing! Well, I take it back. It sounds like Van Jones has. But he also asks, “Where is Kamala? Why is she not even out there?” I heard a theory about that, and I’ve forgotten it.

It sounded good, and now I’m trying to remember what it was. (interruption) No, it was not that she’s over-staging Plugs. It wasn’t that. It was something like she’s got a bad temper as well. I don’t know. Regardless, where is she? These people clearly are running out the clock on something. They don’t think they have to campaign — and, folks, it’s down to what I told you yesterday.

They are not even taking the time to give people reasons to vote for them. They are running a referendum election. They’re running as though they are generic ballot holders. They’re just people with the D next to their name — and that’s their strength, and that’s what they’re running on. They are the Democrats.

That’s all they need, ’cause they think they have succeeded in creating massive hatred of Donald Trump. Here’s Paul Begala, CNN, earlier on the same network ow on the same night. Erin Burnett OutFront. She said, “Are Democrats feeling confident right now? And if so, do they do so at their peril?”

BEGALA: They do so at their peril. They’re not overconfident, believe me. They’re living in this border town between passionate and panic. I talk to Democrats all the time. The most common thing the Democrats say is, “Ahhhaaaah!” (laughing) They’re scared to death. I’m sorry to scream in your ear, Erin. But that’s what they say, seriously. You call them; that’s what they say: A primal scream at the prospect that somehow Trump might get a second term. 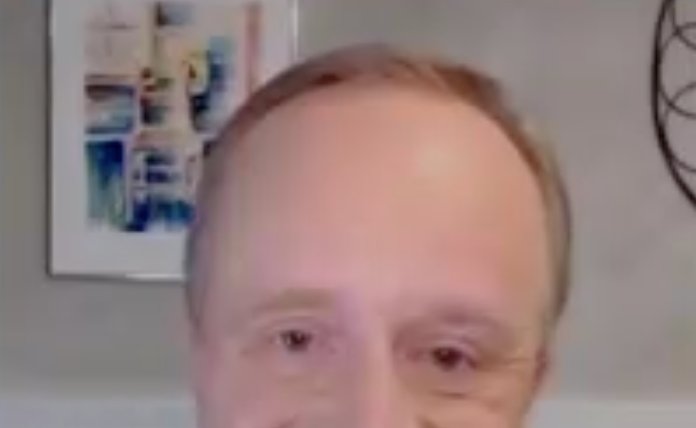 RUSH: So they’re in fear. They are in fear. They’re not overconfident. “They’re living in a border town between passionate and panicked.” He talks to Democrats all the time, and they’re scared to death. Well, they’re not acting like it. They’re acting like they’ve got it in the bag, or maybe they realize there’s nothing they can do.

The candidate needs to go out there and mobilize and energize, and the candidate isn’t because the candidate can’t. Here is Robert Cahaly. He runs the Trafalgar Group. He’s on with Sean Hannity last night. Question: “What are you seeing that other pollsters are not seeing?”

CAHALY: These polls are predominantly missing the hidden Trump vote, who I’ve referred to as the shy Trump voter. There is a clear feeling among conservatives and people that are for the president that they’re not interested in sharing their opinions so readily on the telephone. We’ve seen people be beat up, harassed, have their houses torn up because they expressed political opinions that are not in line with the politically correct establishment. 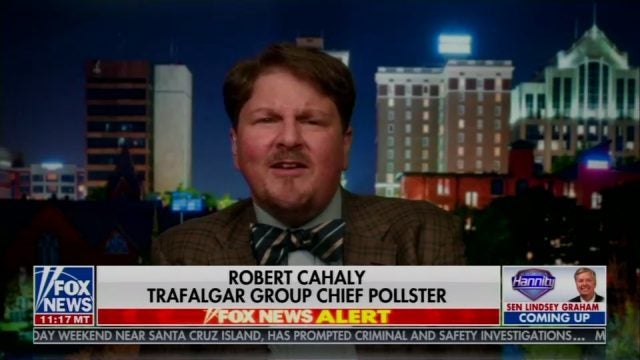 If you’re not trying to give them a poll that they can participate in with the lower threshold that is anonymous, you’re not gonna get honest answers. We’ve been doing a lot of digging around looking at these low propensity voters. They are clearly in favor of Trump, and these are people that only voted once or twice in the last 20 years. We see a strong enthusiasm for them to turn out, and they’re not being measured.

RUSH: That’s Robert Cahaly. He runs the Trafalgar group. That is the polling unit that came the closest in 2016, and they’ve got… He was striking the phenomenon of the low-propensity voter, meaning the voter who is least likely to tell anybody what he or she is gonna do for fear of being beat up.