Thank You for All the Well-Wishes

RUSH: Yesterday on The Five, which airs at 5 p.m. on the Fox News Channel, this is Jesse Watters…

WATTERS: Yesterday on the radio, Rush Limbaugh gave his listeners an update on his battle with cancer, which is showing some signs of progression.

RUSH ARCHIVE: It’s tough to realize that the days where I do not think I’m under a death sentence are over. … It’s a blessing when you wake up. It’s a stop-everything-and-thank-God moment.

WATTERS: We are praying for Rush Limbaugh, wish him a quick recovery. He’s right 99.8% of the time. We hope he continues to be right. America’s Real Anchorman, El Rushbo. 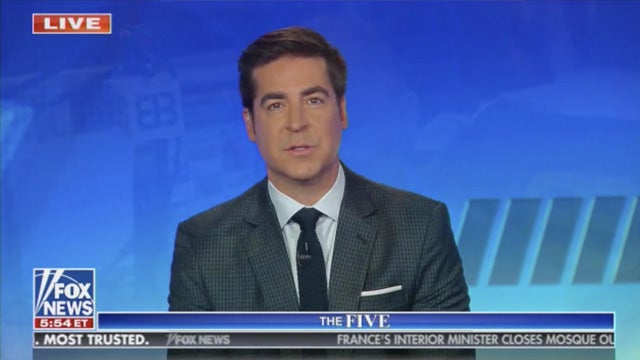 RUSH: That is Jesse Watters, who is definitely a star in the making — a megastar in the making — over at the Fox News Channel. He said… Yes, it is a blessing. I make the point: “When I wake up every day, I thank God that I did,” and it’s the first thing (chuckles) I do, folks, when I wake up is thank God. When I first realize that I’m conscious, when I first realize that?

Yep! I stop everything and I thank God that I did. But, folks, I’m still on second base. I rounded second base, I was on my way to third base, and then I got a little bit too greedy on my way to third. I realized I wasn’t gonna make it, and had to make a mad dash reversal of field. I had to dash back to second base, slid in there easily, and that’s where I am.

Still in the game.

MARTOSKO: Limbaugh tells his listeners — and he claims there are 43 million of them now — that he’s humbled by all the love, and he tweeted, “Thank you so much for your overwhelming encouragement, support, and prayers out there. They absolutely work. Fear not. I plan to hang around a long time to continue to annoy the left.”

ROBERTS: Well, I’m sure there are members of the left that are wishing him well too. Rush continuing to host that show since the diagnosis but did admit there are days when it is really hard, and we certainly do wish him the best. 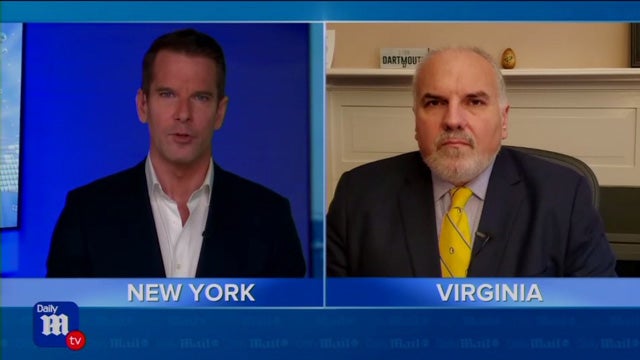 RUSH: I wanted to thank these guys. Again, it’s David Martosko and Thomas Roberts of the syndicated tabloid TV show Daily Mail TV. You know, we like the Daily Mail, the website publication. We like it. They’re one of the greatest gossip sections that you’ll find anywhere in gossip, and they’re also solid when it comes to the reporting of straight news.

Finally, on Headline News this morning, a program called Morning Express with Robin Meade. She spoke with Dr. David Spigel, chief scientific officer and director of lung cancer research at the Sarah Cannon Research Institute about my cancer update two days ago on this program.

MEADE: Limbaugh says his challenges are actually no more special or different than anybody else’s. It’s a humble way to put it. It’s been said that purpose and passion may have the biggest impact on how a patient is doing. So this is a man who certainly loves doing his job and was back on after having some timeout here. How much of an impact would that give some in terms of going on?

SPIGEL: Our own personal drive — you know, things that we’re excited about doing, whether it’s our work or being around our families or important events — I do think play important roles in helping us push forward. Because when you’re fighting, you know, something that it’s just weighing on you every day, it can make you lose that hope. I think with that support system, with that drive, it gives a lot of people that extra boost.

MEADE: His listeners obviously mean a lot to him, and so what a frank discussion that he had with them and our thoughts are with him. 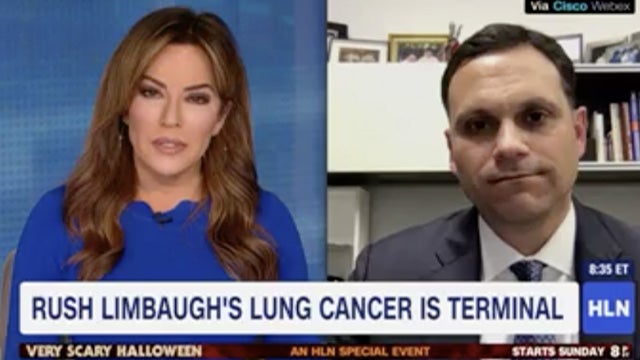 RUSH: So, you know, there were a lot of things in the media regarding my announcement the other day that were just off the charts, but these three were right on the money, and I wanted to acknowledge ’em and I wanted to thank ’em.