RUSH: Do you remember Frank Luntz? Frank Luntz is a famous pollster and focus group researcher, and he’s hired by countless numbers of American corporations to do market research. 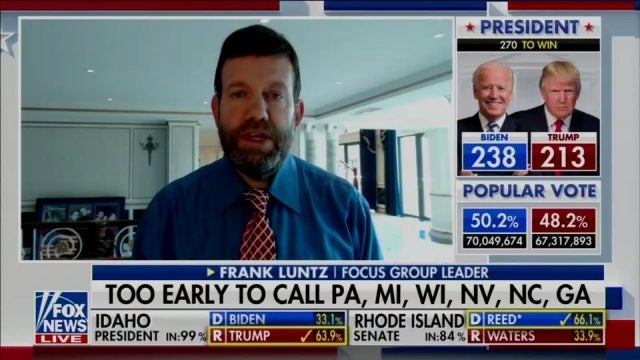 Then we have our famous narratives that have been making excuses ever since last night — actually, the day before yesterday. Well, Luntz was wrong. The pollsters were wrong. So, Frank, I guess you’re gonna be telling these pollsters to close up shop because they’ve lost all credibility.

Actually, I have thoughts on this as the program unfolds. But that’s not what Frank Luntz is gonna do. You know how I’ve reminded you over the course of many, many years that the news business is the one business in America with the customer’s always wrong?

If you read the New York Times or watch CNN or whatever, CBS, ABC, NB, and you don’t like what you see, and you’re a customer, you’re a consumer. And you watch ’em, you read them, they have advertising. You are a customer when you are patronizing mainstream news. So you call ’em and say, “You guys are so biased. You’re so unfair,” what do they tell you?

So I want you to listen to this. This is Frank Luntz not long ago on the Fox News Channel. He is being interviewed by Bret Baier. “After the last round in 2016, we heard that there were adjustments being made, that the pollsters had a better sense of the Trump voter, and that the mistakes of 2016 wouldn’t be made again. You guys were gonna get it right and that you had it right and that Trump was toast. But, Frank, it’s actually worse this year than it was in 2016. Pollsters got it wrong worse in 2020 than they did in 2016. How do you explain it?” 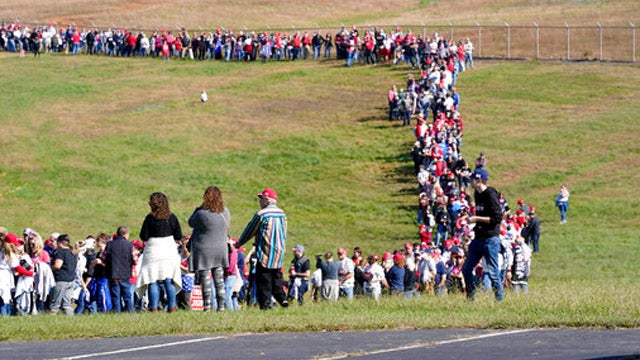 My goodness, folks. Holy smithereens. Now they’re blaming the customer again. They’re blaming you because they can’t find a way to get you to tell them the truth. And they don’t think that there’s any responsibility on their part for this current state of affairs. Why? Frank, why are people not honest with pollsters?

Anyway, folks, bottom line, your fault. Your fault they’re screwing up. Your fault Nate Silver can’t get it right. Your fault Charlie Cook wrong again. Your fault. ABC, CBS, NBC, Wall Street Journal, New York Times, take your pick of all these combo polling units, it’s your fault because you have found a way to undermine their business. If I were you, I’d be feeling pretty hot about now, you know, pretty good.

RUSH: There is a story at TheHill.com today. “Frank Luntz: Polling Profession ‘Done’ After Election Misses: ‘Devastating to My Industry.'” So he’s being consistent. He did say weeks ago that if they got it wrong in 2020, that it would be “devastating to my industry,” quote, unquote. 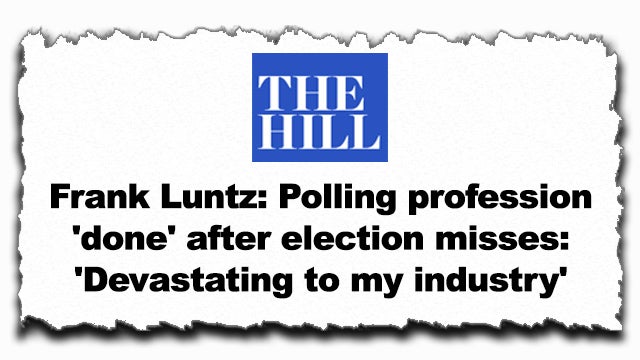 Story today. “Frank Luntz declared that ‘the polling profession is done’ after this year’s presidential election, in which a number of polls appeared to show a much brighter picture in various states for Democratic presidential nominee Joe Biden.” They did get it wrong.

The polls went out… They don’t reflect public opinion, they shape it, and they went out and they tried to suppress the vote. They didn’t succeed because the Trump vote was overwhelmingly large. But they still did their jobs. The Democrat National Committee is not mad at ’em. The New York Times is not mad at its polling unit. The Wall Street Journal is not mad at its.