Wayne County Republicans Back Down After Being Called Racist

CBS News has the story. “Executives from Fortune 500 companies say they’re planning to intervene if Democrat Joe Biden isn’t inaugurated.” Uh, that’s… (interruption) “What are they gonna do?” Does money mean anything to you? Money and politics? I don’t know what they’re gonna do. The idea that they think they can do something is what I want to talk about.

RUSH: This is how they do it. This is how they did it, the Drive-Bys, the Democrats, the Never Trumpers swung into action to call Wayne County Republican canvass board members racist. They got them to reverse their decision. Soon as the news broke, the Democrats fanned out on CNN and MSNBC all over the internet to call these two brave Republicans in Detroit racists, and it worked. Bullying, intimidation. Listen.

BEN GINSBERG: You’re going to basically disenfranchise a half million voters in Detroit.

GRETCHEN WHITMER: These partisans have decided not to do their legal duty.

ERRIN HAINES: …black and brown folks. Their votes are being treated as invalid — or, even worse, illegal.

ANDERSON COOPER: Disenfranchising the votes of overwhelmingly African-Americans in Detroit by two Republican canvassers. I’m not even sure how they get that position. How did this happen? 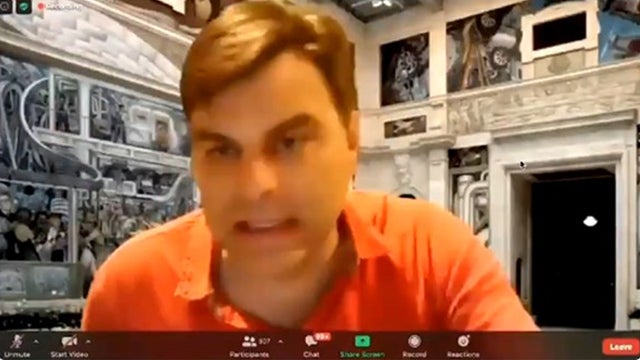 RUSH: It didn’t! You’re making it up. They’re not racists. They’re not denying African-Americans their franchise. But there’s one more. This is Ned Staebler. Ned Staebler is Detroit businessman and poll watcher, and this is what he had to say to Republican members of the board William Hartman and Monica Palmer.

STAEBLER: I just want to let you know that the Trump stick, the stain of racism that you, William Hartman and Monica Palmer, have just covered yourself in is going to follow you throughout history. Your grandchildren are going to think of you like Bull Connor or George Wallace. Just know when you try to sleep tonight that millions of people around the world now on Twitter know the name Monica Palmer and William Hartman as two people completely racist and without an understanding of what integrity means or a shred of human decency. When you go to meet your maker, your soul is going to be very, very warm.

RUSH: All of this because they found evidence of Democrat cheating and fraud. So this is how they got the Republicans to back out and say, okay, forget it. This is what they did.