My Prediction Came True: Obama Stayed in Washington to Undermine His Successor

RUSH: I want to take you back to 2014,15 and 2016 and to me on this program. Do you remember me making a prediction about Barack Obama when I learned that he was going to remain in Washington? Ex-presidents don’t do that. They leave. For whatever reason. And there are a number of reasons. Most ex-presidents adopt the rules of decorum, which say, my presidency is over, there’s a new one beginning, and I’m not part of it, and I’m outta here. 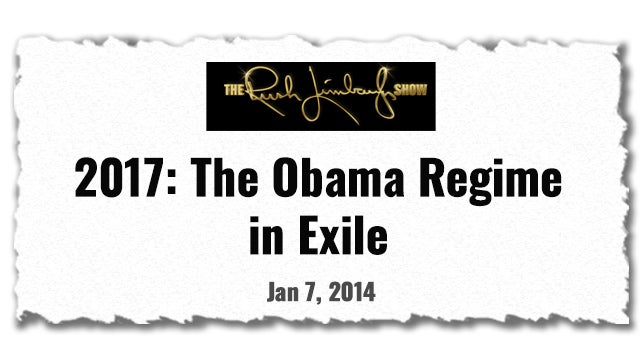 When I saw that Barack Hussein Obama was going to stay, I made a prediction to you. I said there’s one reason this guy is staying. This guy is gonna do everything he can to undermine the incoming president — in this case, Trump. This is what I said. He’s gonna go on television every time the new president — I made this prediction before we had a new president. I made the prediction during the Republican primaries, before we knew that Trump had even won the nomination and certainly before we knew that Trump had been elected.

I did not know how right I was. The only thing I was wrong about was Obama didn’t do it publicly. He didn’t go on television every time something happened that he needed to defend or protect or unravel. But he was active. These past four years have all been about Obama.

In 2015 I predicted that Barack Obama, when I read he was not gonna leave town, he was gonna live in Washington, I said, okay. Purpose of this is to protect the agenda. He’s gonna go on television every day or every chance he thinks he needs to take. If the new president is undermining his agenda, is unraveling his agenda, like replacing Obamacare, he’s gonna go on TV, rip the new president, try to protect his agenda, try to protect his accomplishments in unprecedented ways. The media is gonna cover. The media is gonna praise Obama to the hilt. The new president’s gonna have unprecedented forces arrayed against him like we’ve never seen this before in America. 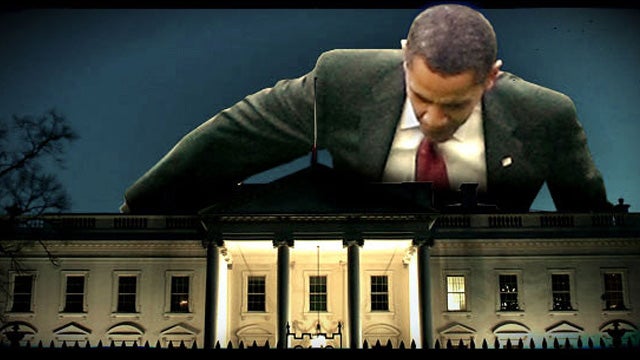 It turns out I was right about it all the time I thought I was wrong. But my prediction was that Obama would do all this in public. So I said, “Well, can’t get ’em all right.” It turns out my instincts on this were so right on the money, everything that’s happened these past four years: the Russia hoax and coup, the impeachment, the effort to get rid of Trump, the refusal to accept the election results, the lack of a peaceful transfer of power that has yet to take place, by the way, from 2016, all of this was Obama. Every last bit of it was directed by Obama, from Brennan to Clapper, to the people at the FBI who were in on this, the Comeys and so forth.

Everybody was taking their orders from Obama. We should have been able to put it together. You go to the January 5th meeting in the Oval Office where Obama and Comey and Clapper set up basically a sting operation for the next day at Trump Tower in a meeting with Trump between Clapper and Comey and Trump. That’s where they set Trump up by telling him the story of the golden showers, the prostitutes hired to pee on the bed Obama had slept in. That was to get that story in the news, get the dossier in the news. That was directed by Obama. Should have known.

But it turns out everything, every bit of the sabotage, every element of the attempt to ruin Donald Trump began with Barack Obama. The evidence comes from the great writer Lee Smith. Published the story at the Epoch Times. The headline: “Behind the Scenes, Obama Never Left.”

Folks, I gotta tell you, my instincts on this were just a hundred percent right on. And I thought I was wrong these last four years because Obama didn’t go public with it. I knew that he was involved somehow. I had no idea, and I should have, how intimately involved he was. He has been pulling all of the strings for the last four years on everything. Now, I said it would happen, but he did it under the radar. I thought he would do it publicly.

Well, the truth is, the Drive-Bys allowed him to do it. They’re deeply involved too. They allowed him to do it under the radar. They took orders. It was Obama that was giving the media their marching orders. It was the media that permitted Obama to do all of this under the radar and anonymously. Let me give you some pull quotes from the story. I love doing that as a summary of these things that I share with you. 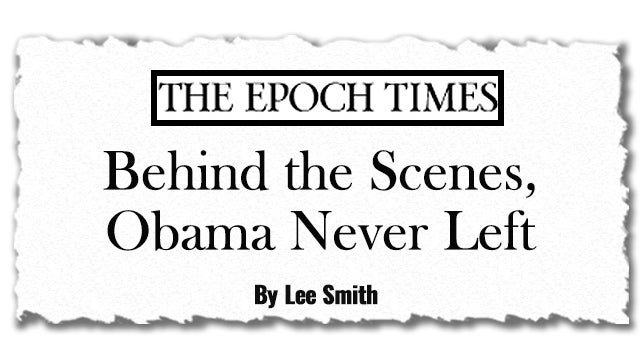 One pull quote. “Biden is an avatar for a third Obama term.” Meaning, he’s a placeholder, just like Hillary was gonna be the third term of Obama. Well, now it’s Biden. “In a sense, Obama never left. He was the first president in a century to stay in Washington after the end of his term,” and he was the first to interfere in the peaceful transfer of power.

Another pull quote. “In political circles -” some of you may say, “Rush, we know all this. You should have known.” Stick with me on this, because Obama is the answer, all roads lead to Obama. And he gets away with acting like he was disinterested, like it was all beneath him, which is part of the trick. You know, he’s carrying himself like an ex-president. Trump’s beneath him, Trump this, Trump that, Obama’s got bigger things to do, like do interviews for Apple TV and go out there and save Europe and the trains, whatever he’s doing. Much, much more important things to do.

When in fact he was doing everything he could to undermine the elected will of the American people. “In political circles, it was no secret that Obama had thrown his support behind Kamala Harris. She’s ambitious and appealing and, without any strong ideas or opinions of her own, poses no threat to him. She was Obama’s ideal heir, but primary voters found her fake and unlikeable, and she was out of the race in early December. He’d find a way to restore her, but, in the meantime, needed a horse to ride through the primaries.”

It was Obama running the Democrat primaries, and it was Kamala Harris that he wanted to be the nominee, but she couldn’t get a vote, she couldn’t get any money, she got out before a single vote was cast. But they found a place for her later.

Another pull quote. “In the first week of March, Obama’s establishment pushed out Amy Klobuchar, Pete Buttigieg, and Elizabeth Warren to consolidate support behind Biden. It was Obama who made sure that mad Amy, Mayor Pete, and Fauxcahontas got out of the race in order to consolidate support behind Biden. “In the age of coronavirus, a politician who was obviously disoriented reflected the state of the country.” — i.e., Biden. “A voluntary shut-in was the perfect role model for Americans forced to stay home. And Obama made sure they did.” Obama made sure people stayed home and had a Democrat nominee that they could relate to.

“In April, he told Democratic mayors on a conference call not to reopen their cities until coronavirus testing and monitoring were available nationwide. Shutting down the economic activity of major U.S. cities would put limits on any economic rebound and thereby hamper Trump’s reelection chances.” So even the lockdowns in these Democrat cities, it was Obama ordering them. It wasn’t Biden. It wasn’t Cuomo. It wasn’t de Blasio. They were the order takers. 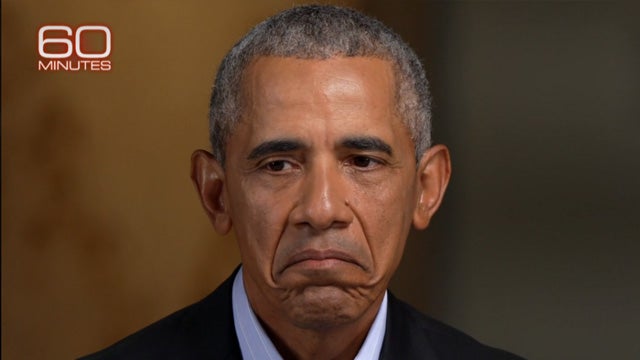 So the mayor of Portland, the governor of the state of Washington, the governor in New Jersey, Andrew Cuomo, all of them were taking their orders to shut down and stay shut down from Barack Obama.

“Whether or not Obama is now able to consolidate his legacy, the fact is that he’s already carved out his singular place in U.S. history–he’s the first president who interfered in the peaceful transfer of power, for four years. And it’s on his behalf that a rolling coup has pushed a nation to the edge of the abyss in order to remake it in his image.” Lee Smith, “Behind the Scenes, Obama Never Left.” The Epoch Times.