A week ago the governor, Kate Brown, threatened citizens of Oregon with fines and 30 days of jail time for having more than six people in a social gathering. Folks, do you see what is happening here? These are Democrat governors. These are Democrat mayors. And they’re going crazy with power. This governor of Pennsylvania has put limitations on buying booze on Wednesday night into Thanksgiving Day. 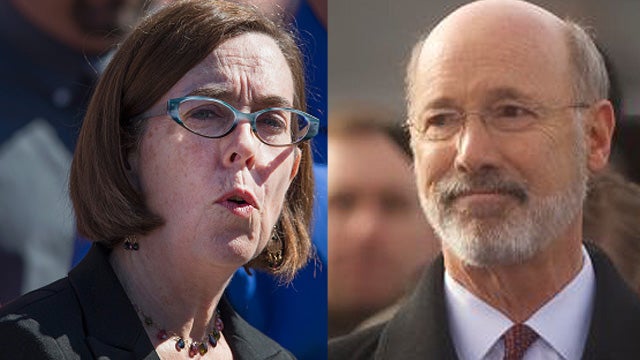 They’re drunk. They’re drunk with power. And they’re salivating over ways to use it even more and in what they think are more creative ways. And now we’re advocating that citizens snitch on each other in the state of Oregon. A week ago the governor threatened citizens with fines, 30 days of jail time for having more than six people. When she was asked about enforcement, she said, quote, “This is no different than what happens if there’s a party down the street and it’s keeping everyone awake. What do neighbors do [in that case]? They call law enforcement because it’s too noisy. This is just like that. It’s like a violation of a noise ordinance.”

Now, this is a state where in certain circumstances, they legally allow to you possess heroin. It is a state where they have regularly allowed riots and vandalism and lawbreaking and looting (as long as it’s the right people being looted) in Portland. If you want to see your whole family for Thanksgiving, they want your neighbors to call the Gestapo on you!