AOC, Bernie and a Capitalist Walk Into a Bar…

RUSH: I want to share with you a pretty good joke. I found a joke while perusing Facebook. A capitalist walked into a bar, sat down between Alexandria Ocasio-Cortez and Bernie Sanders. Just then the 10 o’clock news came on. The lead story was of a man on a ledge of a skyscraper preparing to commit suicide by jumping off of it. Bernie looked at the capitalist and said, “You think he’ll jump?” The capitalist replied, “Yep. I bet he will.” 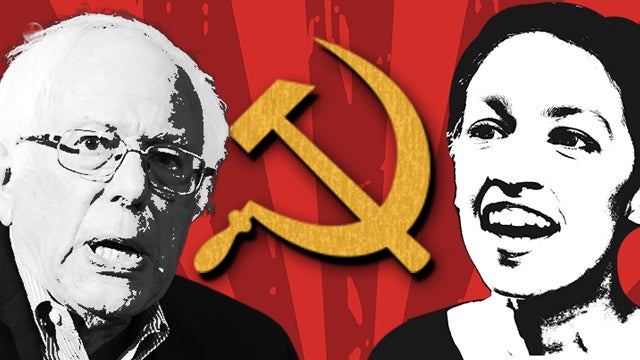 With a slight smile, the capitalist said, “Look. I can’t take your money. Keep your money. I saw this earlier on the 5 o’clock news, and I knew the guy jumped. It’s the 10 o’clock news. It happened earlier today. I’ve already seen this.” Alexandria Ocasio-Cortez shot back, “Well, we saw it, too, but we didn’t think he’d do it again.”

What’s the lesson? This is how socialists reason. They have seen societies that adopt socialism die repeatedly throughout history. There has not been a single country or culture or society that went socialism and has ever survived. Not a single time has it ever worked. And yet they think when they are in charge, it will work. They cling to the idea that it won’t happen again when they are in charge.

So here they watch this guy on videotape, they know he dives, they know he commits suicide, but they don’t think he will do it again. This is how socialism happens. There is nothing to argue in favor of it. It has never worked anytime, anywhere. And yet the siren call for controlling people’s lives is just so hard to resist. They can’t resist it. The opportunity to get control of the levers of power and to control what people say and do and don’t do and don’t eat and do eat and drive and where they can go, the lure of that power must be overwhelming.