Are You Ready for Super Bowl BLM?

RUSH: There’s an ad agency out there. You remember, my friends, I’ve often said on this program, pay attention to advertising in one way, that advertising reflects where we are as a culture. And that’s true, up until recently. Advertising was the best indicator of where we were going culturally. Why? Because advertising is geared to the young. They have not made lifetime spending decisions yet. They have not chosen their brand of beer. They’ve not chosen anything yet. So you advertise at ’em.

And in advertising at them or to them, you have to figure out what they’re doing, what they think is cool, what they think is hip, and you’ve gotta reach ’em on that basis. So I always thought advertising was one of the best indicators of where we were heading culturally. Now I’m not so sure. It’s kind of like polling. Polling used to tell us what people think. It used to be reflective, but it isn’t. Polling is manipulation. Polling is an attempt to shape public opinion, not reflect it. And advertising may be the same thing now. Advertising may be used to shape the culture rather than reflect it.

The reason I bring this up, there was a story on Breitbart four days ago, and the headline, “Social Justice Bowl?: Ad Agency Predicts ‘Black Lives Matter’ Theme for Super Bowl LV — Bill Oberlander, the co-founder of the social justice ad agency OBERLAND, insisted that marketers can no longer ‘duck’ racial, social, and political issues. ‘It’s going to be Black Lives Matter, it’s going to be COVID. It’s going to be [about] coming together,’ Oberlander said. 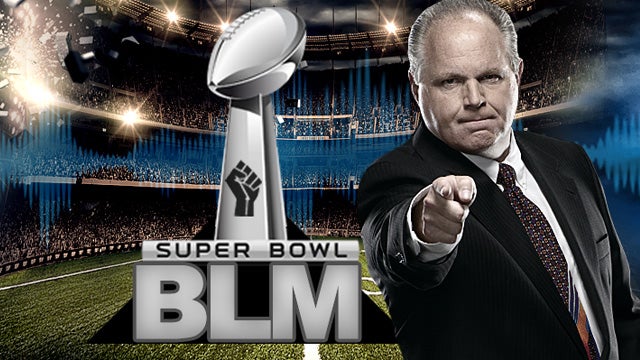 “Oberlander cited a recent Apple Beats ad entitled, You Love Me, featuring tennis champ Naomi Osaka and NASCAR driver Bubba Wallace. In which sports celebrities suggest that America loves black performers, athletes, and culture, but not necessarily black people. This sort of activism is what Oberlander thinks will fill the airwaves between plays for Super Bowl LV.”

He said, “I can’t imagine that advertisers are not going to use this as an opportunity to speak up on behalf of their brands — or on behalf of the social impact that’s going on all around.” So do you want to watch a Super Bowl whose theme is Black Lives Matter, which is not about civil rights. Black Lives Matter is an admitted and confessed Marxist organization. It’s right there on their website. 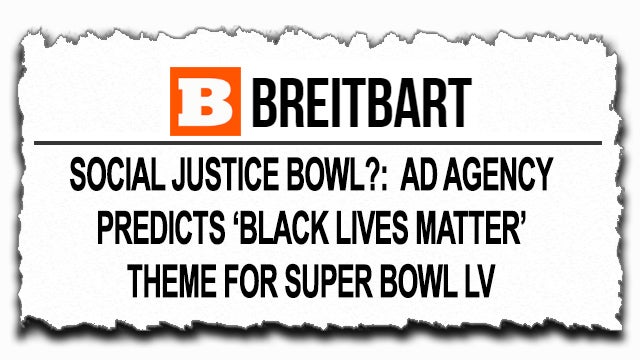 But what’s obvious, folks, the left doesn’t give a damn anymore whether they offend half the country with what they do or not. They’re totally fine losing however many sets of eyes that they’re gonna lose. They’ve been paying no attention to anything but what comes out of the bubble of Drive-By Media and the mouths of a relatively few number of communities. I don’t know about you. I don’t want to be lectured to watching the Super Bowl about social justice, but this ad agency exec thinks there’s no way it’s not gonna happen.