RUSH: Did you hear what the Goya Foods CEO did? This is clever. It’s a feel-good story where a successful businessman, who happens to be a capitalist, turns lemons into lemonade. You see, Alexandria Ocasio-Cortez called for a boycott of his company. The Goya Foods and president CEO Bob Unanue revealed that after she echoed a call for a boycott of Goya products back in July because this guy supports Trump, his company has named her employee of the month because sales rose so dramatically after she demanded the boycott. 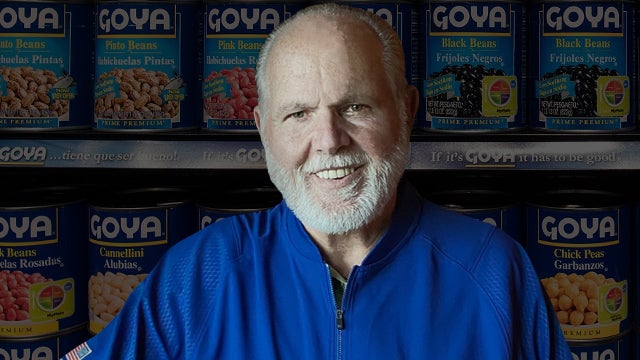 Unanue had visited the White House where he stated: “We’re all truly blessed at the same time to have a leader like President Trump, who is a builder.” That prompted Julian Castro, former Housing and Urban Development secretary of the Obama Regime, to tweet that: “Goya Foods has been a staple of so many Latino households for generations. Now their CEO, Bob Unanue, is praising a president who villainizes and maliciously attacks Latinos for political gain. Americans should think twice before buying their products.”

Then Ocasio-Cortez chimed in saying, “Oh look, it’s the sound of me Googling ‘how to make your own Adobo.'” So she ends up, along with Julian Castro, demanding that Americans boycott Goya, and their sales go through the roof; so he makes her employee of the month. I love people that think that way. I love people that react that way. It’s just absolutely fabulous.