RUSH: Letitia James is the New York state attorney general. She hates Donald Trump. She despises Donald Trump. She’s had Trump in her crosshairs since Trump’s first year in the Oval Office. And she was on The View today on ABC. And one of the cohostettes named Sara Haines said to Letitia James, “President Trump may try to pardon himself. That’s totally unprecedented. We’ve never seen anything like that. Can the president pardon himself?”

JAMES: The vast majority of legal scholars have indicated that he cannot pardon himself. What he could do is step down and allow Vice President Pence to pardon him. I suspect that he will pardon his family members, his children, his son-in-law, and individuals in his administration, as well as some of his close associates. And then I suspect at some point in time he will step down and allow the vice president to pardon him. 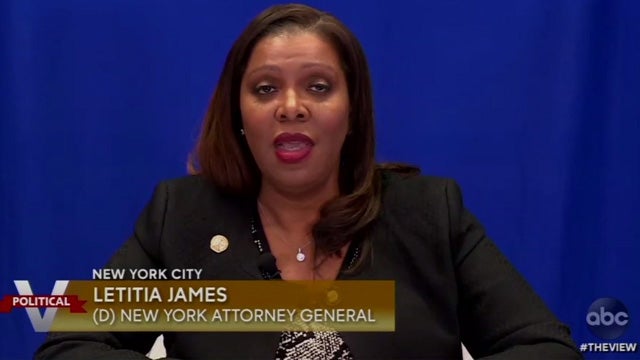 RUSH: So it’s an ongoing debate whether the president can pardon himself or not. There’s powerful legal arguments on both sides of that. But the ongoing theory is now that he will resign. At some point he will resign, and that will allow Pence to assume the office of presidency. And then Pence will pardon Trump, and it’ll be all over. And there’s nothing these leftists can do.

JAMES: It’s important to understand he’s pardoned from federal crimes, but he’s not pardoned from state crimes. Last year I introduced a bill in the state legislature which would close the pardon loophole so that individuals, such as the president of the United States, would not evade justice. It’s important that we have this check on presidential powers. I’m so happy they passed that bill and it is now the law in the state of New York. President Trump could not avoid justice in the great state of New York.

RUSH: They’re gonna get him. Ooh, they can’t wait, they’re gonna get the guy, they’re salivating. But have they succeeded yet? They’ve thrown everything they’ve got up against the wall. They’ve been spit-balling the president. They’ve been trying everything they’ve got, and they still can’t make anything stick to him. So we shall see. That is their plan.