Your Host Remembers the Night John Lennon Was Killed

RUSH: This is Joe in Detroit. Welcome, sir. Great to have you with us.

CALLER: Hi, Rush. I know you keep up with pop music and sports and American culture and all that. This is the 40th anniversary of the assassination of John Lennon at age 40. I remember it happened during Monday Night Football. Were you a disc jockey at the time? Did you program around this? And what are your memories of Lennon? 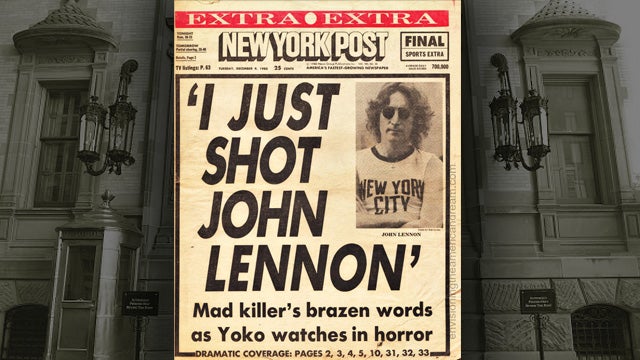 But I was watching Monday Night Football that night. I watched it and I remember Cosell coming on with a sadness in his voice I had never heard, and I remember him acting disgusted and hurt like a deeply personal friend of his had been shot. And I didn’t know that Cosell knew John Lennon. Then I figured who didn’t know John Lennon? He was New York. Everybody knew him that was there, and Cosell treated it as almost like a presidential assassination, is what I remember.

CALLER: How did you feel?

CALLER: How did you feel?

RUSH: How did I feel?

CALLER: About the death of Lennon and his legacy. 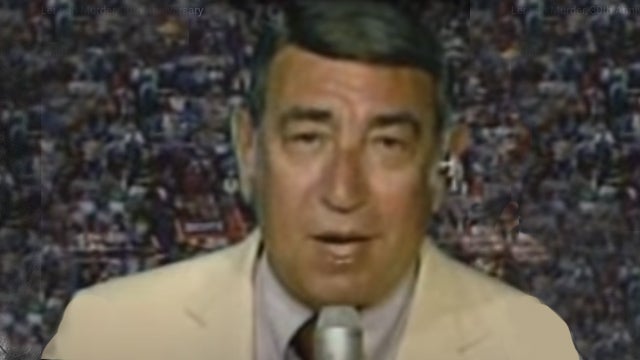 RUSH: His legacy. Well, let me think about that. In fact, let me take a break, and I will have to go back and think about that ’cause I gotta put myself in front of the TV. I’m gonna try to reconstruct where I actually was when I saw this happen. It was near 11 o’clock Eastern time; so it would have been near 10 o’clock where I was in Kansas City. Let me ponder this for a second. You want to hang on so you can react to what I say?

CALLER: Okay. If that’s all right.

RUSH: Okay. I think I may be being set up here, so I’m gonna give the guy the chance to pull off the setup.

RUSH: Okay. We’re back to Joe in Detroit, who wanted to ask me what I thought of the death of John Lennon and his legacy 40 years ago. Look. I was like everybody else; I was stunned; I was shocked. Who in the world would want to shoot one of the Beatles? It didn’t make any sense.

Now, I knew, when I was growing up, I was a deejay when the Beatles hit. I got my first job as a deejay in 1966, and the Beatles hit ’63, ’64, I Saw Her Standing There, I Want to Hold Your Hand, and all that. And then here came Let it Be and the different direction the Beatles took that hit in the seventies, Hey Jude and so forth.

I worked with a guy, Joe, who literally thought John Lennon was the reincarnation of Jesus Christ. He really thought it. And I said, “Are you serious about this, dude?” 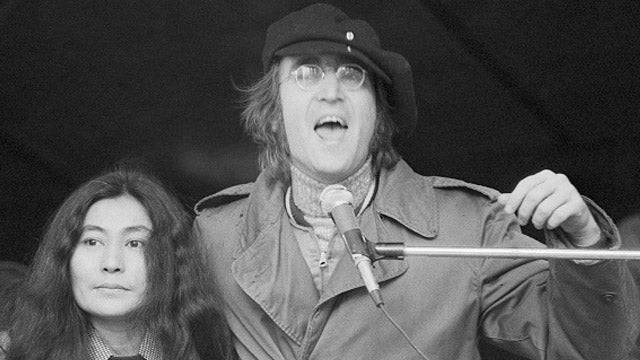 CALLER: Well, he once was quoted as saying the Beatles were more popular than Jesus, but I think it was tongue-in-cheek. I don’t think he was serious.

RUSH: Yeah. Yeah. I don’t think he was particularly religious, either.

RUSH: If you become that big and that famous, you’re bigger than Jesus. You get into a fame contest with the guy that’s in charge of the Bible. That’s what happens to you. But I didn’t understand it. And then I learned who did it and how it happened and, you know, at the time I had no experience with people who needed security around them. I’d never needed it myself. I had no experience whatsoever.

But even at that I was asking, “What’s Lennon doing walking out of the Dakota at 11 o’clock by himself? And talking to this guy at the same time.” I just didn’t understand it, Joe. I didn’t understand a thing about it for a while ’til they did the psychological pickup of this guy. I forget what the reasons he gave for killing Lennon were, but they never made any sense to me.

CALLER: Right. Okay. Were you a Beatles fan yourself? Did you like Lennon or the Beatles?

RUSH: Absolutely I was a Beatles fan. I was a huge Beatles fan. I probably wasn’t the biggest but, yeah, I was part of the group of people that really got into them. My parents hated the Beatles ’cause of the long hair. 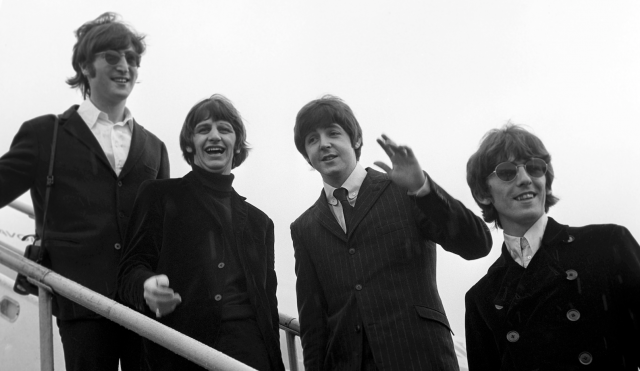 RUSH: “It’s beautiful music, Mother. There’s nothing subversive in here at all. It’s just you don’t like the long hair, I understand. But the music is literally beautiful.” My dad thought that they were communist plants, jokingly and so forth. But, no, I was a Beatles fan from the first moment of I Saw Her Standing – no, it was I Want to Hold Your Hand. That’s it. That was what got me, that was the first Beatles song that hooked me.

CALLER: Well, it’s good to hear your thoughts. We’re the same age. We’re both from the Midwest and I don’t agree with you much, but I thought there might be some overlap on this issue, and I found it.

RUSH: Well, what did you think?

CALLER: I heard it from Jack Buck and Hank Stram on CBS Radio. They interrupted with the bulletin. It wasn’t Buck and Stram saying it. And it felt like when Kennedy died.

CALLER: It still does. 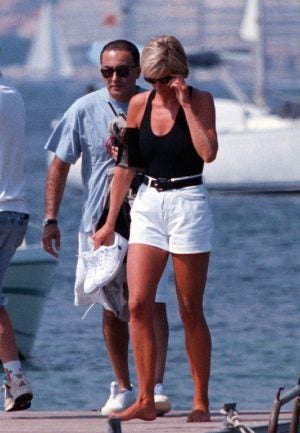 RUSH: Interesting. I can’t say that it hit me like that. Now that you mention it, it was close, but it wasn’t on that par. I just couldn’t understand why anybody would want to do it. Then I saw guy that did it, and I said, “This just doesn’t make any sense.” (interruption) I was just asked how I felt when Princess Diana died in the tunnel, in the car, with Dodi Al Fayed in the backseat. She was in the backseat, and the car was being driven by who? Henri Paul. He was the security guy for Mohammed Al Fayed, who was the father of Dodi Al Fayed. Dodi was the playboy son of Mohammed Al Fayed.

And he’d run around. He wrecked his dad’s yachts and he wrecked his dad’s cars and sometimes Princess Diana was at the wrecks and sometimes she wasn’t. I remember they had stopped at the — what was the hotel in Paris? They had stopped, it was like 10 o’clock at night — I’m having a mental block on the hotel. But they stopped and had gone up and had scrambled eggs and then got back down in the car driven by Henri Paul.

And apparently this guy had been drinking just out the wazoo, his blood alcohol level was 10 times normal, and he’s weaving, he’s trying to avoid the paparazzi traffic, and he just wrapped that car around all kinds of obstructions in the tunnel as he was trying to escape them. And the media was trying to figure out what were her last words, was she saying, “Oh, Dodi, oh, Dodi.” Was she in love with Dodi. And they were not her last words. Anyway, I’m out of time to answer your question about this.

RUSH: We have the audio, a partial of the audio of Howard Cosell on December 8th, 1980. This is Monday Night Football, the New England Patriots at Miami against the Dolphins. Howard Cosell drew the straw to announce that John Lennon had been killed. And here is how it sounded. You’ll also hear Gifford, Frank Gifford, you’ll hear a little bit of him in this.

COSELL: An unspeakable tragedy confirmed to us by ABC News in New York City. John Lennon, outside of his apartment building on the west of New York City, the most famous perhaps of all of the Beatles, shot twice in the back, rushed to Roosevelt hospital, dead on arrival. Hard to go back to the game after that newsflash.

GIFFORD: Indeed it is.

RUSH: That was Frank Gifford there at the end. “Indeed it is.”

COSELL: An unthinkable tragedy confirmed to us by ABC News in New York City. John Lennon, outside of his apartment building on the west of New York City, the most famous perhaps of all of the Beatles, shot twice in the back, rushed to Roosevelt hospital, dead on arrival. Hard to go back to the game after that newsflash.

GIFFORD: Indeed it is.

I’ve gotten so used to just listening to play-by-play and you can hear the players and the things they’re saying and so forth, but alright, thank you. Fans is what that was, okay. All right, fans. Yeah. I guess it used to be that people could go to games, football games, baseball games and such. Now we can’t. Yeah. Superspreader events and all that.