RUSH: Nan, The Villages, Florida. You’re next. It’s great to have you here.

CALLER: Hey, Rush. I just wanted to let everybody know, I’m not giving up, and there’s 74 million people that feel the same way. And if the Dems and RINOs think that Trump is going away, if he by some chance doesn’t make it in, he knows where the bodies are buried. He is gonna be their worst nightmare.

RUSH: Wait. Trump knows where the bodies are buried?

CALLER: He knows everything that’s going on in D.C.
He’s so smart. So much smarter than anybody he’s dealing with out there.

RUSH: So what’s he gonna do with the knowledge of where the bodies are buried?

CALLER: Well, that’s up to him. But I’ll tell you, you know, it’s just funny. Everything that they accuse Trump of doing, they’re doing. So he knows exactly. I just got faith enough in him to know that he’s gonna know what to do to handle everything. And I believe that he is God’s anointed for a time such as this, and he will be reelected. 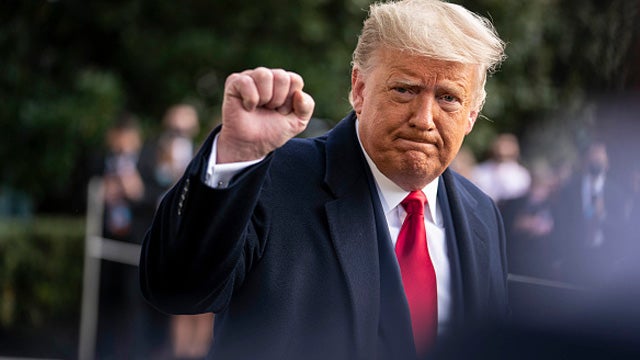 RUSH: If he doesn’t win this Texas thing, if Biden becomes president, what do you want Trump to do the next four years?

CALLER: I want him to get investigations going, paying as a private citizen. I’d love to see him start a news network and all the other fake news will go by the wayside except for the little bit of people that still watch Fox News —

RUSH: Interesting. So, you want Trump to spend his entire fortune building a news network and investigating all the Democrats? Well, I could go for that myself.