RUSH: Al Michaels has been elected to the Hall of Fame via the Ford Frick award. And he’s going into the baseball Hall of Fame. This is so well deserved. There is nobody better. I mean, there are many people, many sports play-by-play broadcasters who have been big name noteworthy. I can think of them myself. Harry Caray, Jack Buck — I don’t want to start naming names ’cause I’m gonna leave some people out, but Al Michaels has been shown to have a diversity. He can call play-by-play for any sport there is. He loves hockey. He, of course, did the Miracle on Ice, the 1980 Olympics. 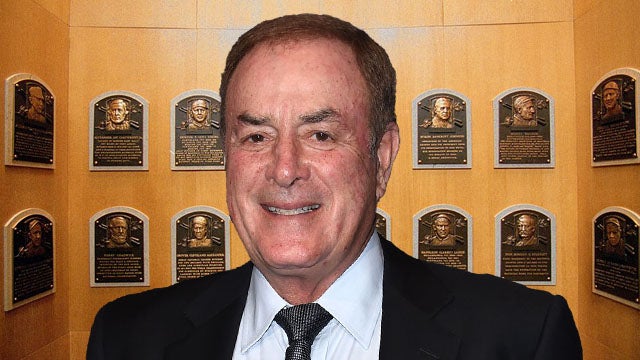 But he’s just a consummate professional. And if anything is well deserved it is this, to the baseball Hall of Fame. He does the best impression of Vin Scully that anybody ever did. He, in fact, does many great impressions. But more than that, he’s a wonderful guy. He’s a great friend. He and his wife, Linda, have become very close friends of ours ever since I auditioned for Monday Night Football. It was with Al that I did the audition, and he was shocked and stunned. We flew out to Los Angeles, did the audition. It was a great time, a friendship sprung up. 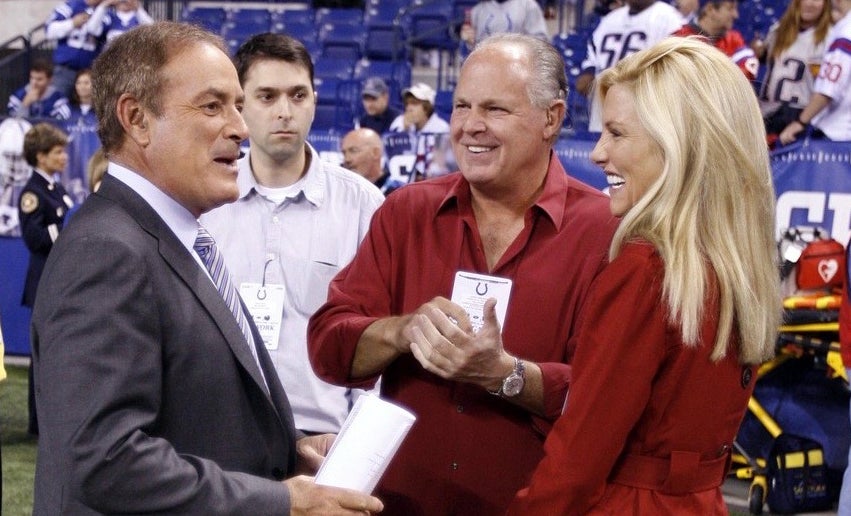 I actually met him before that. There was a playoff game in Kansas City, the Steelers, and I was in town and ended up going to dinner the night before the game at a restaurant, Plaza III where Al was and he had heard I was there and demanded I come over and say hi. And he stood up and started treating me like a swami because of taxes and economics and so forth, just an all-round great guy. I saw today that he’s going into the Hall of Fame, and I want to play a couple of sound bites for you that indicate and illustrate the diversity.

This is 1989, October 17th, pregame of Game 3 of the World Series between the Oakland A’s and the San Francisco Giants. This is at Candlestick Park. And there was an earthquake. There was an earthquake during the pregame. And there was nobody from ABC News on site. It was Al Michaels and Tim McCarver who had to tell people what was going on and basically become on-site reporters for the earthquake. And this is how it sounded.

MCCARVER: So the Oakland A’s take the… (static)

MICHAELS: I tell ya what, we’re having an earth… (static) (:04 edited blackout- then edited stadium noise returns) Well, huh! I don’t know if we’re on the air. I don’t know if we’re on the air or not — and I’m not sure I care at this particular moment. But we are. Well folks, that’s the greatest open in the history of television. Bar none. We’re still here. We are still as we can tell on the air and I guess you are hearing us, even though we have no picture and no return audio and we will be back, we hope, from San Francisco, in just a moment.

RUSH: And it was a massive earthquake. I remember the Bay Bridge lost a section. A couple people died from exposure being trapped underneath the rubble. It was a really big and bad hurricane. (interruption) Pardon? (interruption) Earthquake, yeah. Those of us who live in Florida, the equivalent of an earthquake is a hurricane. Anyway, they were up in the broadcast booth, which is elevated — and Candlestick Park is an old structure. And so they were stuck up there for a while.

Now, the series was delayed because of the earthquake, but it resumed 10 days later. And Al Michaels summed up what sports in America used to represent, and that was a respite, you know, an escape, if you will, from the drudgery, the potential drudgery of real life. Listen to this.

MICHAELS: Now on October 27th like a fighter who’s taken a vicious blow to the stomach and has groggily arisen, this region moves on and moves ahead. And one part of that scenario is the resumption of the World Series. No one in this ballpark tonight, no player, no vendor, no fan, no writer, no announcer, in fact, no one in this area, period, can forget the images — the column of smoke in the marina, the severed bridge, the grotesque tangle of concrete in Oakland. The pictures are embedded in our minds.

And while the mourning and the agonizing and the aftereffects continue, in about 30 minutes the plate umpire Vic Voltaggio will say, “Play ball,” and the players will play, the vendors will sell, the crowd will exhort, the announcers will announce. And for many of the six million people in this region it will be like revisiting fantasy land. But fantasy land is where baseball comes from anyway. And maybe right about now that’s the perfect place for a three hour rest.

RUSH: I mean, this is just flawless. That is a perfect explanation, a perfect summation, a perfect illustration of what sports was. Here it is 10 days after the earthquake, but they’re gonna play and people are gonna be allowed to forget for however long that game takes to play, they’re gonna be allowed to forget all of the drudgery and the destruction and the damage that they have lived through for the previous 10 days.

He makes the point. Baseball is fantasy land anyway. That’s the point. Professional sports, college athletics, all of it is fantasy land in the sense that it allows us to dream, to pretend that we too could do those things as athletes. It allows us to escape whatever else is going on in our lives. But now that’s all gone, see. Now you’ve gotta incorporate Black Lives Matter, you have to incorporate Colin Kaepernick, and you gotta protest the flag and you gotta do all these other things. You gotta blame America for existing, basically, at the same time you endeavor to have a sports, game, contest, what have you. And this why people are abandoning professional sports in droves because this is not what they want it to be.

Anyway, I thought that last sound bite — the first one too. I mean that was a marvel of somebody remaining composed in the midst of what could have been it. That was a huge earthquake in San Francisco. But Al Michaels, summing up poetically what sports in America used to be. And now going into the baseball Hall of Fame as the winner of the Ford Frick Award. Congratulations, Al. Well deserved. There’s nobody better. 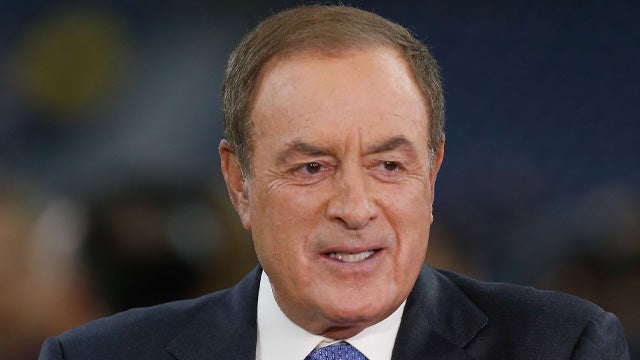 You know how you define a great sports play-by-play person? When that person shows up at a game, the game seems bigger, the game seems more important. There are not many announcers who bring that characteristic to it. There are very few who do. Now, you can go back in time. Howard Cosell and his Monday Night Football team, when they showed up somewhere, it was big. Must be a big game if Cosell’s there. Al Michaels made every game that he called seem bigger than it was, more important than it was.

He also had the unique ability to make everybody that worked with him better. I’ll never forget. I was having conversation with him about a new announcer he was working with. This is years and years ago. I don’t even remember who it was. And I had made just a couple of disparaging comments, and he was a little irritated at me. And I said, “I’m not insulting you.” And it turned out that he believes he makes people better. And he does. Anybody that appears in the booth with him is also going to be elevated simply because of his talent and presence, character, and reputation and his abilities. And it’s just a great thing to see him go into the baseball Hall of Fame. It’s gotta be meaningful as it could be to him. Congratulations, Al.