She Doesn’t Mean to Be a Debbie Downer, But…

RUSH: This is Angie in Big Lake, Minnesota. Great to have you with us. You’re up next here on the EIB Network. Hello.

CALLER: Hi, Rush. I just want to say I’m praying for you every day, and I wish you and your family a Merry Christmas.

RUSH: Well, thank you. Thank you very much. 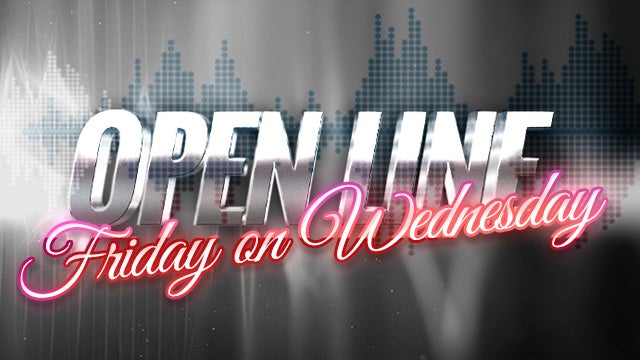 CALLER: And I have a comment, and it kind of piggybacks on earlier when you were talking about the Georgia runoff with another caller. And what I think is I really — and I hate to be the Debbie Downer here. But I really think that this is a takeover. And this runoff in January, you know, get out and vote. People want to get out and march and, you know, really take it to the streets, and Trump is trying to do rallies and whatnot.

And I think it’s just, unfortunately, a big waste of our time. The Dominion machines are here. They’re in place; they’re here to stay. Nobody’s changing it. All the lawsuits that we’re bringing forward, they just keep declining. We have thousands of people, election workers, poll workers that have come forward and said, you know, what they’ve seen. It’s just everything’s declined.

Dominion is here. They’re not gonna change it, and if we can’t clean up the election in November, it’s really pointless for January. I think this is a takeover. I really… I know everybody wants to get out there and get their votes in, and I think people are forgetting that these machines are programmable, and they are gonna continue. No matter how many votes come in for Trump.

No matter how many rallies he does. They’re gonna take the votes, they’re gonna steal seats, and we’re gonna watch it happen because they don’t have any help. We just have Trump, who’s one person, and he has so many people in his own party that aren’t helping. And, you know, I get text messages from the Trump team, you know, about let’s, you know, vote or let’s get out, you know, and rally.

Unfortunately, the American people like myself and us regular citizens aren’t in any position of authority to do anything. We can take it to the streets, but ultimately these machines are programmable, and if you go and vote, they’re gonna steal the seats anyway. That’s my comment, and I just feel like… I know everybody is upset. We all are. I am. My family is. And Trump says, “Well, I’ll run again in four years.” Well, it ain’t gonna matter if he runs again in four years or not.

CALLER: What happened in 2016 when he won and they did not plan on that? They’re never gonna let that happen again, and we’re watching it. And they’re gonna take this election, they’re gonna take the Georgia runoff, and we will never… It will be pointless. I don’t mean to be the Debbie Downer, but I feel like I’m being realistic here. 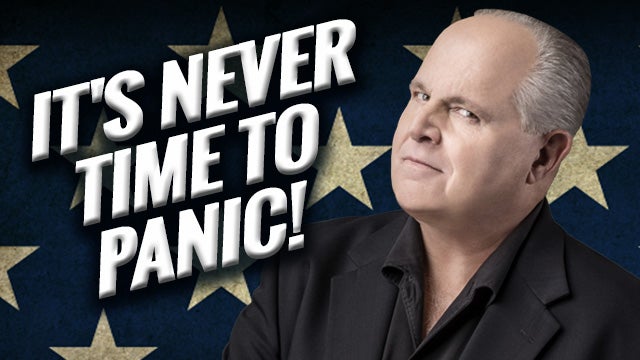 RUSH: No, no, no. Let me put… So what are you gonna do? I mean, you basically just established a scenario where we are cooked. We’re finished. It’s over. And there’s nothing we can do because there’s no way we can ever win another election.

A president can’t even do anything! He’s bringing lawsuits, and he’s not gaining any ground. You know. I mean, we’re watching this happen. And Biden didn’t even campaign. Where were his rallies, you know? A couple people here and there. He wasn’t even doing rallies. Trump had the whole country just united and excited and get out and vote, and we did. And it doesn’t matter because these machines are in place.

And this was the machine that Hugo Chavez said he never wanted to lose another election. And now they’re here. And if we don’t get Trump in the White House, if he can’t get this all overturned and we don’t have him for four more years to remove this Dominion system… Biden’s not gonna remove it. Nobody’s gonna remove it. The virus was sent here from China — you know, on purpose, I believe. This is my belief, and then these machines are in place. They were programmed. We have witnesses. People have risked their lives to come forward.

RUSH: Yeah, I know. We got hundreds of thousands of them.

CALLER: Yeah, and they’ve come forward with what they’ve seen, and we can’t gain any ground. So I believe it’s a takeover. I think we’re watching it happen.

CALLER: By the left. By Biden. By the left. It’s not even Biden. It’s people that we don’t even know behind the scenes.