TODD: The trial of the officers accused of killing George Floyd is about to get underway. They’ve selected a juror, one of the jury members. One of the jurors was a fan of the Black Lives Matter, Incorporated, domestic terror group. He says black people are marginalized so he’ll be on the jury, and it’s one of the biggest lies told about Rush is that he was a racist.

Bo Snerdley took that on Sean Hannity’s show and demolished it, and Rush, you could hear this, like, when we talk to certain callers. I loved hearing Rush get energy but from callers. It happened a lot. To my ear, though, it was really prevalent, really clear when Rush got to speak with a young person just ready to burst forth with energy, you know, particularly in today’s counterrevolution. So tell me if you hear the thrill in Rush’s voice right there.

RUSH: Destiny in Bethesda, Maryland. It’s great to have you with us. Great. Hi. 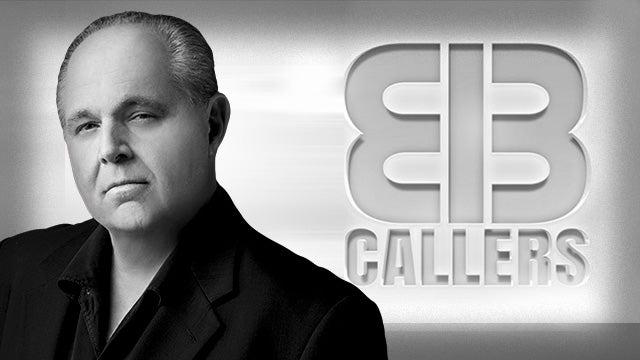 CALLER: Oh, my goodness, Rush. Thank you so much for taking my call.

CALLER: Bear with me. I’m so nervous and excited. You are amazing, and you are just an invaluable jewel to the country and the world. Also, hi to my dad, Kirk. He’s retired, Baltimore city police. He’s my hero. So I guess I have to preface by saying that I am black, I am also a Millennial, and I am female. I wish those things did not matter, but unfortunately the left is like just so relentless in their game of like divisive politics, it’s still relevant to my overall point. I saw you in CPAC in 2009, and your main speech was about not taking on a victim mentality.

And I was so fired up, and it was amazing. I was so happy to see you. And I remember realizing that I’d never felt that way in my whole life, even though the left would label me and say that I should be feeling that way. And I just really… I am so fired up, especially with this whole Kavanaugh thing. I feel like this whole divisive War on Men? I’m so fired up; I want everyone to feel that way. I am so committed to doing everything I can to expose this. I’m inviting all my friends to listen to you throughout the week, and at the weekend we are gonna get together and we’re gonna talk ’cause I feel like you can’t rely on the mainstream media to do any of that for you and I feel like that’s the only reason why the left still has as many reach and as much power as they do.

RUSH: That is excellent. I’m very… Your enthusiasm is great.

RUSH: Right. So you’re on the upper edge. But I remember that passion. I remember it. I had it. I still do. That’s the great thing. A lot of people outgrow it. A lot of people grow out of it when they don’t see as much success as they envision, when they don’t see it happening as quickly. Some people… It’s not that they give up. They just lose some of the passion. Don’t lose the passion.

RUSH: Do not lose the passion as you continue to do this.

CALLER: I will not. I’m so fired up. And I just… God bless Kanye. We need more people like him to come out. I feel so bad for him. Like, I’ve experienced that sort of, like, attack, from me saying, “Oh, I’m Republican or I’m conservative.” I can’t imagine what it’s like for him. I think he’s doing an amazing thing. And I think this is a really pivotal time, and I think… I have hope that the left is just losing it and they’re unraveling. And I have hope for my generation, I think.

RUSH: I’m so enthused to hear that. You are the second, maybe the third Millennial age caller today with the same belief that what you’re watching on the left is an unraveling. You’re watching them come unglued. And I hope you’re right. It would make perfect sense to me. The thing is… Well, here I’m up against time. Look, thanks so much for the call. I appreciate it. Keep the passion.

TODD: Did you hear Rush just draw energy from that phone call? When we get down to these times just remember there is a lot of people like Destiny just waiting to be led.