Why Do Democrats Want a Crisis at the Border? Rush Has the Answer

KEN: There was a press conference in El Paso at the Central Processing Center in Texas and House Minority Leader Kevin McCarthy said this.

MCCARTHY: I came down here because I heard of the crisis. It’s more than a crisis. This is a human heartbreak. The sad part about all of this? It didn’t have to happen. This crisis is created by the presidential policies of this new administration. There’s no other way to claim it than Biden border crisis. 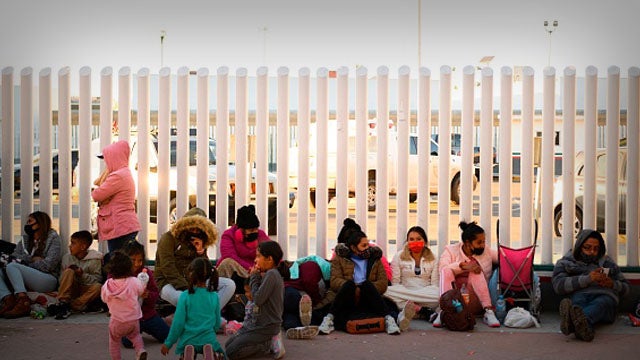 KEN: So then Nancy Pelosi, she had a brilliant response. She said this.

PELOSI: I guess their Dr. Seuss approach didn’t work for them; so now they’ve had to change the subject.

KEN: Seventy-three percent of voters are concerned about the current border crisis, and just to be fair — and I always do this on my home program in central PA. I always like to tell you how many people, because that’s one way that the news media plays little games with us. Sometimes they’ll go out and they’ll sample five people or maybe they’ll just sample two. 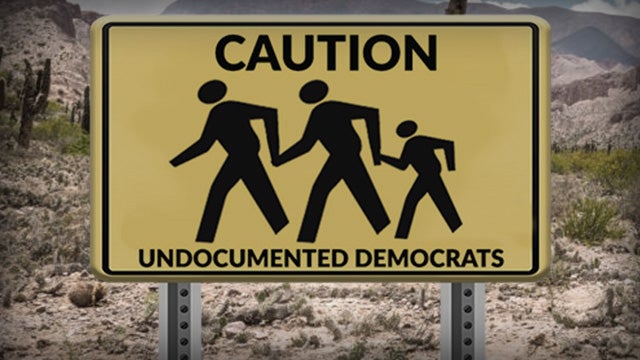 This was conducted last week, exactly a week ago today, and 51% oppose amnesty; 35% strongly oppose amnesty and 73% are concerned that there’s a crisis at the border. So the news media’s still trying to do its job. They’re trying to keep it all under control. But it has been for years… You know how they say “the third rail”? It used to be Social Security.

Remember the third rail? “You can’t do that! You can’t touch that.” The first thing Donald J. Trump did when he was elected the first time… He came down the escalator, is he brought up every rail you can bring up. There were like nine rails he brought up. “…and another thing we’re gonna close the border. We gonna do this. We’re gonna get rid of this China deal.”

He terrified all those cowards in Washington. It must have been so frustrating. But I do believe most people would, if you gave them the survey — and I’m not just talking about people that live in gated communities, ’cause that’s used often, and it’s a good analogy. But the bottom line is: Why on earth would you have the borders open? And Rush has been questioning this for years. Here he is.

RUSH: Why in the world, somebody tell me, what is the compassionate reason, what is the common sense reason, what is any good reason for throwing open the borders and allowing tens of thousands — forget illegal immigrants — refugees? Why do this? Who benefits? What is the point? If you allow them in, you welcome them in and you say, “Oh, my goodness, it’s so sad, it’s so horrible. Look at these ragtag children. We’re the great United States, we must -” You gotta let their parents in, don’t you?

You create, hopefully, in the public mind an outcry of outrage and sympathy. “How could we allow this to happen? We must do amnesty!” It could well be they’re thinking the same theoretical thoughts with this as they did with Fast and Furious. That’s the charitable analysis, I might say. The truth is probably far more penetrating than that.

And remember Cloward-Piven? You remember that? What’s the point of Cloward-Piven? These are two professors, sociologists at Columbia who also did not like America, and their theory to destroy the country was to simply overwhelm the welfare system to the point that it couldn’t handle it any longer. That’d create millions of people literally wandering the streets with nothing — no money, no food — because the government simply can’t take care of all of them.

KEN: You know, the interesting thing? When you look at the commentary and the wisdom of Rush Limbaugh, it usually starts with a question, and you would think that the majority of common-sense thinking Americans would understand what a question is or a debate. Think about it. And I’ve often said that President Donald J. Trump…

By the way, I gotta say this. I saw a picture yesterday, and he was with Vernon Jones, I believe. I think that’s the gentleman from Georgia, if I’m not mistaken. He’s a great pitcher. President Trump’s lost about 23 pounds or something. So he looks great. He’s at fighting weight.

There isn’t the elite section and the this section and the that section, just like there never was with Rush. Yet every time these men would have a legitimate question, “Why are we letting all these people in? What about…?” You’ve probably seen those sweatshirts. I have one that says, “Veterans before refugees,” and I remember that question being asked.

So when you say, “Why is so much money going to this country?” or “Why are we having all these children come in and we don’t even have our own children back in school yet, and why is my kid getting swabbed at the mall with a Q-Tip in his nose” or someplace else in China “and we’re letting illegal foreign nationals with covid come in to Brownsville, Texas?”

I know that for a fact.

And then you know what happens when they test positive for covid? They’re released! Yes. So you’re not only here illegally, but you’re also tracking the Black Plague, which we know isn’t the Black Plague. I’m using that for hyperbole. It’s an advanced case of the flu. But when you think of the absurdity going on at the border, and how difficult is it to get someone to common-sensically answer that question?

And, you know, for years conservatives we’ve used metaphors and analogies (and I always get those two confused). We’ve explained it. We’ve said, “Would you leave your door wide open if you came home from work and there were 17 people in your house, and you were like, ‘Oh, my God,’ and they just said, ‘We’re not here to harm you.

“‘We just want your food, we need some clothes, and we’ll be out of your hair — and you’re not allowed to call the police.'” That’s pretty much what the Biden administration has been doing — and the Obama administration did it too, and so did the Bush administration. But more so Obama and Biden. They’ve said, “Okay. Yeah.

“We know there’s people illegally in your home, and they’re taking things they shouldn’t, and they may have frightened you and not all of them are bad but some of them are some,” as George Bush would say, “bad hombres, but you can’t call the police. And if you do, you’re a racist.” So that’s what we’ve done to all the border states.

That’s how all the border states are being treated. Sheriffs are calling the Biden administration. “I’m outnumbered. I’m outmanned. I’m working my guys triple time.” “Well, let ’em in.” Now, you think about that absurdity, the absurdity of open borders and what it does to deteriorate the sovereignty and the culture of a country.