CALLER: Thanks, Ken. Forever dittos to Rush and thoughts and prayers to Kathryn and all the family. Rush is greatly missed and will continue to be by a lot of people in this country. His spirit certainly is gonna live on through conservatives like us. I just want to talk about diversity in the military a little bit.

To me, as a combat veteran, that almost sounds like an oxymoron in the sense that, you know, when you join the Army or the Marines or the Navy, Air Force, any of these branches, you’re no longer an individual. Your thoughts and your feelings — and, you know, what’s good for you — goes out the window. You’re supposed to be focused on the mission.

You’re supposed to be focused on your squad, your battle buddy, your platoon, your battalion, your brigade, whatever the case may be. You’re not supposed to be putting your wants and needs and your special attributes in front of the unit. And a lot of these snowflakes or these liberal-minded individuals don’t understand that as they join the military.

And, you know, quite frankly, my opinion politics has no place in the military because we’re not supposed to be discussing that. The mission is put before you, and your job is to complete it, whether you have to improvise and overcome situations that you didn’t see coming, or whether you have to be uncomfortable for a little bit, it doesn’t matter, because the goal is… 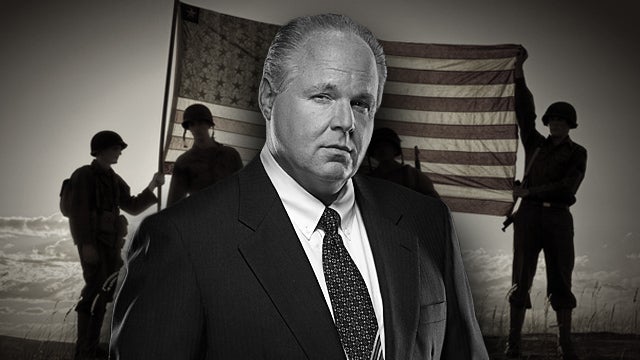 And that’s what these people don’t get, because they set off claiming that they’re going to defend the United States, but turn around and out of the side of their mouth say that they don’t even like the country that they, you know, put the uniform on every day for supposedly with pride.

Greater and greater people and patriots are stepping out of the military every day because they don’t want to deal with this kind of stuff anymore. I’ve seen it with great, great friends of mine that have said, “You know what? Enough is enough. I’ll go be a carpenter,” and it makes me mad.

It’s disrespectful, and I think it taints the reputation and it taints the respect, and the loss that people have given, the lives that we’ve lost — the soldiers, Marines, airmen, sailors, that have given their life for this country. Just to see where we’re at right now, I find disgusting. It’s insulting.

As a civilian, I continue to look to the military because of people like Terry. Because people go in, they put on the uniform, and they leave whatever else they brought with them behind because — like my dad said and others I know that went through boot camp said, “They beat it out of you,” figuratively speaking. I don’t want to trigger anybody. There was not a beating.

I don’t want to trigger anybody. But, yeah, that’s… I think that’s why so many people were commenting on this this week, whether it be Tucker or Terry calling the show or other people, we’re wondering, “Are you trying…?” and this is a legitimate question for liberals: Are you trying to weaken our military compared to other militaries around the world?