JASON: Hey, gang, you remember that great movie In the Line of Fire with Clint Eastwood, one of the last icons from Hollywood? Clint’s getting up there, but what a career he’s had. He was in a great movie about this would-be assassin, and in the movie, Clint Eastwood was a Secret Service guy and the president’s code name was Traveler.

Remember that? “Traveler’s coming here. Traveler…” They talk in their IFBs. “Traveler’s here, Traveler’s there.” Well, word has it that the Secret Service has a very, very similar code name for President Biden. Yeah. It’s not Traveler. It’s called Tripper. (laughing) I don’t know. Just thought I’d throw that out there.

CALLER: Yeah. Thank you. Um, I just wanted to mention briefly that the introduction of the program was talking about President Biden tripping, and I realize it was kind of in fun, but what it did is it reminded me of the making fun of other people.

JASON: Here, let me address that, ’cause I think you bring up something really important, and you could not be more wrong and in the process of bringing it up. One: Recall when Trump was at West Point and he had no railings and was walking down an aluminum basically platform that you could easily slip on with dress shoes. He took it easy and he took it slow.

Worse than making fun of him, for weeks on end MSNBC, NBC, CNN, the New York Times, the Washington Post (you know, the press offices for the Democrat Party), were endlessly making fun and saying he must be sick. When he took a water to his mouth with two hands, same thing. Now, the reason I bring it up is, “Well, let’s not act like them. Let’s turn the other cheek.”

Bull! It is time we fight fire with fire or we will never, ever win this. We cannot unilaterally disarm. That’s number one policy-wise or politically speaking. But number two: The politically correct notion of banning humor. Don’t ever tell people they can’t make fun of other people! That is what it means to be human.

The word going forth should not be, “Nobody can tell a joke or poke fun at people.” The word going forth, the maxim should be: “Make fun of others and be prepared to have somebody else make fun of you.” I do not want to live in a humorless society. It is exactly what’s wrong with this woke culture, and you should not fall for it, my friend.

JASON: am so glad that the previous caller from North Dakota did in fact call and take offense with my poking fun at folks. Personally, I love to poke fun. I am the Don Rickles of talk radio and politics. I love doing it, and so did Rush. The day we lose that is the day we lose not only our sense of humor, which is going by the wayside, but free speech. 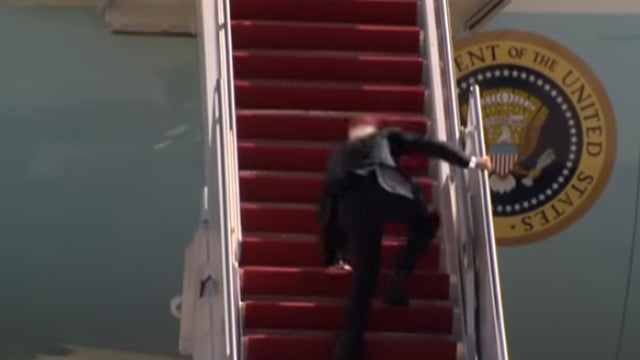 The art of political correctness and wokeness and cancel culture is taking something that some Karen finds offensive and criminalizing it. And that guy was playing right into it. “I found that offensive. Shouldn’t make fun of people.” What are you gonna do about it? Well, I’m gonna ban you from doing that. That is wokeness. That’s what they’re doing. That’s what they want to do to make certain that we have total complete conformity and we’re good little worker bees. My God.

That is so antithetical to what it means to be free and an American, it boggles the mind. Which is why Blazing Saddles couldn’t be made today, Dr. Seuss’ ban, comedians are being canceled. That’s the kind of world you want to live in? Not me, and I’m not going to do it.