KEN: The Rush Limbaugh Show rolls on. And ever since Joe Biden — he’s the one with dementia — was installed, history has been changing by the hour. Have you noticed that? And that’s why we stay on top of the current events, topics. We keep you informed, and it’s amazing how relevant Rush’s analysis is. So, we’ll be working that in today. 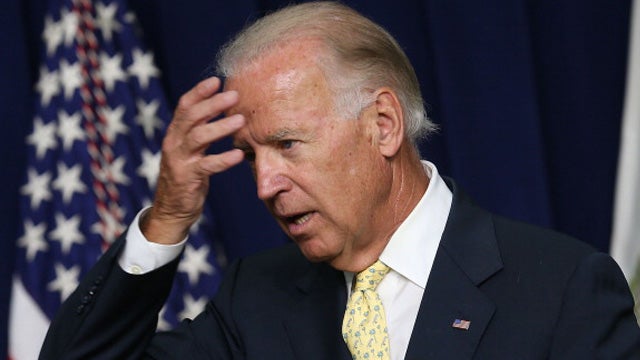 But I have to say, one of the big events of the day — and this rumor was going around Washington for about a week — is that Joe Biden was able to find his way around without somebody accompanying him. And this is a big deal. And several people said, “You know, he actually walked to the border of his home in Delaware by himself.

This is gonna be very presidential at 1:15, and the Rush Limbaugh Show on the EIB Network will cut into it live, or — as Rush used to say — JIP it, join in progress. You know, it’s funny, Rush used to say, “JIP it,” and I’m sure that Kamala Harris, every time Joe Biden opens his mouth is saying, “Zip it, zip it.” Remember Barney Fife?

Anyway, the Biden regime has turned into a land of blunder and enchantment, or encampment, or whatever. And the Biden border disaster is at a level that it’s hard to process how crazy it’s getting at the border. Mike, do you have cut one ready? So let’s just go with a quick review from Rush, and then we’ll update the numbers for you. Here’s Rush. 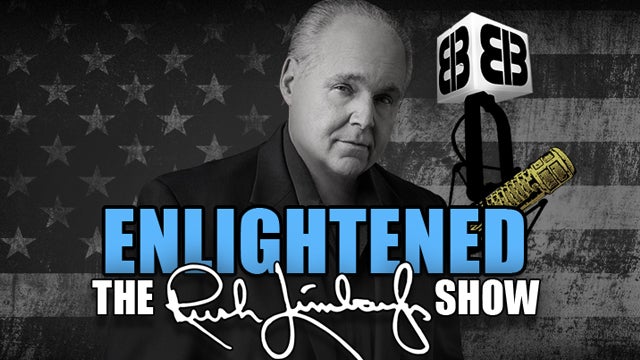 RUSH: A month ago or so, when the intense attention was being paid to all the illegal immigrant children pouring across the border, so many Democrats, President Obama, all of those who supported them coming, and Obama actually, I think used these words, ran around and was talking about how these kids were “the future of America,” which prompted me to say this.

RUSH ARCHIVE: If they are so great for the US, why aren’t they great for their native countries? If they’re great for us, I assume they’d be great for Mexico. If they’re great for us, if they’re really, really going to determine our future, why wouldn’t they determine the future of Guatemala, El Salvador, et cetera. And then, folks, is it right for us to steal the hope and future and future greatness of Mexico, Guatemala, El Salvador, by taking these young gifts of love away from those countries? 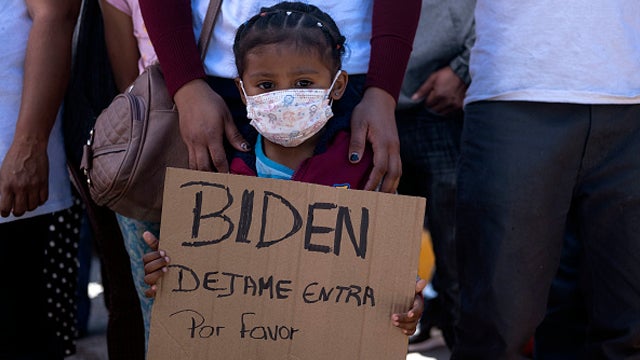 RUSH: And what about our own children? Are they just jack? Are they just worthless? No. You see, it’s already assumed that today’s children are preregistered Democrats. These children are the future of America because they are registered Democrats-in-waiting, which is the only reason the Democrats care about having them here. Anyway, Obama was saying it, that they were the future of America, and I think my questions are valid. Well, God bless him, the vice president, Joe Bite Me, has come along to explain it. Yesterday at the Eisenhower Executive Office Building during a meeting on legal access for unaccompanied immigrant children, Vice President Biden said…

BIDEN: These are not somebody else’s kids. These are our kids. These are the children that lift the national ambitions of each of these countries aloft. And it’s a tragedy for the countries who are losing them and for us not being able to solve every one of their problems. 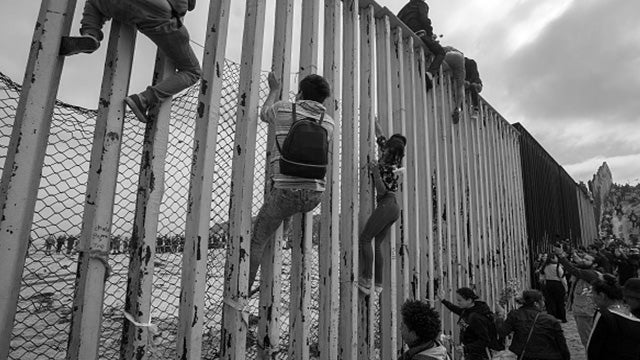 KEN: Once again, forward thinking, brilliant insight that totally nails it. And I remember that monologue from Rush. I remember listening to it live. And probably like you, ’cause I’m a fellow listener, I was going, “Yes. He’s nailing it. That’s the truth.” Now, keep in mind, in a world of controlled mainstream media, you just get a glimpse of the truth, and it’s rare.

And those people usually get kicked out and they have to start third down thing. And that’s the beauty of Rush with these valuable insights, a library, three decades of it. Let me update you on some numbers. Last month 9,000 unaccompanied illegal foreign national children arrived at the U.S. border.

That is the largest figure ever recorded for unaccompanied children showing up in one month, and that’s why they’re stacked on top of each other. The photos have since been released even though the Biden administration had banned people from assessing that. They’re not very press friendly.

Customs and Border Protection agents encountered 100,400 migrants at the southwest border in February. That’s a 28% increase over the month before, which would be January appear Alejandra Mayorkas, the head of the Department of Homeland Security said just said, I quote, “We are on a pace to encounter more individuals on the southwest border of the United States than we have in the last 20 years.”

And I’ll quote one more DHS, Jeh Johnson, 2014, DHS director for the Obamassiah. He said that “apprehending 1,000 individuals a day was considered a bad day for immigration authorities.” We have been averaging 5,000 a day last month. Just to give you some perspective. ‘Cause you’re not gonna get the perspective in the mainstream media news media.