The Mayor of Realville on the Folly of Wind Power

TODD: I’ve said this before. If Rush had wanted to pursue it, he could have been a brilliant economics professor. But why take the downgraded influence and earnings that would have meant for the Maha? Listen to Rush explain the empty promises of so-called green energy.

RUSH: Wind energy, renewable wind energy, there’s no such thing as renewable, number one, in the real definition of the word. But renewable wind energy. Why is over half the state of Florida without electricity after more wind than they’ve ever seen in five years went through the state in a day and a half? If wind energy is the answer, why wasn’t it harnessed? There’s a lot of wind up there. And look what that wind did! It destroyed windmills. It destroyed everything in its path in certain places. 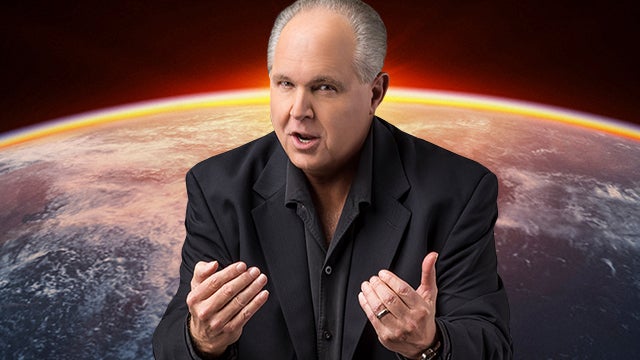 But, I mean, that is one of the first observations that I came up with, all of this wind, why wasn’t it harnessed? Why weren’t they able to lasso that wind and put it somewhere? ‘Cause if wind can create energy to where we don’t need fossil fuels, how much energy did we just waste by not capturing it? Why wasn’t the hurricane welcomed? That’s wind. Now, I’m being a little facetious; don’t misunderstand. But I’m doing so to make a point.

“Mars plans to launch the campaign during the U.N. General Assembly in New York later this month.” This is how deeply enmeshed this issue has become. It’s now thought by major corporations to be key and fundamental in selling candy, because it’s believed that the buyers will appreciate Mars’ social justice concerns and climate concerns and their sustainability drive and therefore we should go out and buy M&M’s to thank Mars for doing everything they can to save the planet and save the environment with renewable wind energy.

You can’t point to me a single place on earth of any size with a significant population that single-handedly can survive on wind. You cannot fly an airplane with wind. You cannot power cruise ships or cargo ships. It simply doesn’t exist. You cannot get an airplane off the ground with wind energy. “What about propellers, Rush?” No, no. Propellers don’t count, folks. That’s an engine in there that’s turning the propellers, not the wind.

And it’s the same thing with solar. By the way, how many solar panels were blown off roofs in the hurricane? Where are those solar panels now? How much damage did they cause? You know, when those things become garbage, you have an environmental problem all by itself. Folks, I’m not trying to sound cruel here. This is what not going along with groupthink sounds like. This is what not following consensus sounds like. I’m the mayor of Realville, and in Realville, common sense rules.