TODD: One of the things about Democrats and money — watch this dynamic — is the only clean money is money that goes through their hands, right? Dark money doesn’t exist on their side. Union money doesn’t even need to be reported. Black Lives Matter, Inc. doesn’t even need to report all their donations and they’re a domestic terror group, right, that’s responsible for taking black lives. 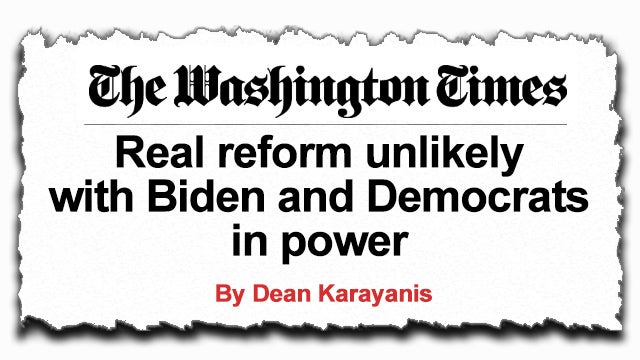 It’s dirty, filthy money — until it comes to them. Then it’s shiny and clean, helpful money. It’s nice money! There is a piece in the Washington Times, and it is a brilliant piece by Dean Karayanis. He’s called Koko Jr. here at the EIB Network, and he’s got this op-ed in the Times. It’s titled, “Real Reform Unlikely with Biden and Democrats in Power.” This is a pull quote from it. Listen to this. He’s talking about the Democrats.

“The party in power is never going to limit dark money when they’re raising more than the other guys; if they were, they’d have minority party support for the bill. Imagine if Colonel Sanders introducing the For the Chickens Act,” ha-ha-ha-ha, “claiming it’ll stop those guys at McDonald’s from frying so many poor, delicious birds. Would you believe him?” So in this piece here, he applies a Limbaugh lesson.

We have to ask ourselves what’s baked into the legislative cake Congress is serving as reform for things like filibuster, voting rights, dark money. To Democrats, only Republican money is dark money. Right? So here’s El Rushbo exposing a Democrat on exactly that hypocrisy during the Amy Coney Barrett hearings.

RUSH: To understand why they don’t like the Federalist Society, it’s the same thing as understanding why they hated the Tea Party. The Tea Party was an organic, bubbled-up-out-of-the-American-population political group that had no leader. They couldn’t control them. So the Democrats went out and created Occupy Wall Street, tried to make it look like it was organic, but it wasn’t.

He tries to get her. He tries to shame her, to intimidate her into believing she’s the product of dark money. She’s the product of this silent operation to groom little mind-numbed judge robots. He was so frustrated. He questioned Judge Amy Coney Barrett for 30 minutes. Do you know how many words she uttered in the 30-minute Q&A? Zero. He never broke for a question. 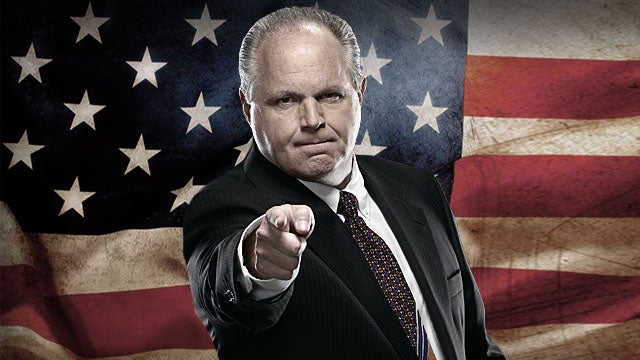 I take it back. He did pause, giving her an opportunity to jump in, ’cause he thought that he had set her up. He thought… Sheldon Whitehouse thought that he had prompted her, intimidated her, maybe had roused her up enough that she had to say something. She just sat there. In a 30-minute Q&A, Amy Coney Barrett said not a single word. They can’t touch her. They moved on.

TODD: So Rush gives this example of this hypocrisy, and then he uses this moment where Cruz stepped up with this chart. I would love to see… Pursuant to our conversation earlier about fight, I would love to see the Republicans enter into the Congressional Record the words of critical race theory but changing the races. I dare you. It’d be brilliant. That black people are responsible for…? That the problem with blackness — black people — is blackness, and the problem with blackness is it’s connected to being black.

I dare you to do this, and it would serve a fundamental purpose to show how perverse these things being pushed into our government schools are. It’s one more way to fight visibly and cause some discomfort, and it should be uncomfortable because critical race theory is racism. That would be a fight worthy of watching, right? ‘Cause we’re at the risk of losing our Constitution. We really are.