So many individuals contributed to this special, from President Trump to David Limbaugh, from Justice Clarence to our own Bo Snerdley. It’s well worth your time to see and enjoy this great program. It’s available exclusively online at RushLimbaugh.com — and that website, obviously, is RushLimbaugh.com.

Also while you’re over there at the website, you’re gonna want to check out an incredibly touching, profound, heartfelt column that Rush’s brother, David, had published today in his hometown newspaper — the Southeast Missourian — about Rush. It was published just this morning, and you can read it, the link to it, over there at RushLimbaugh.com as well. 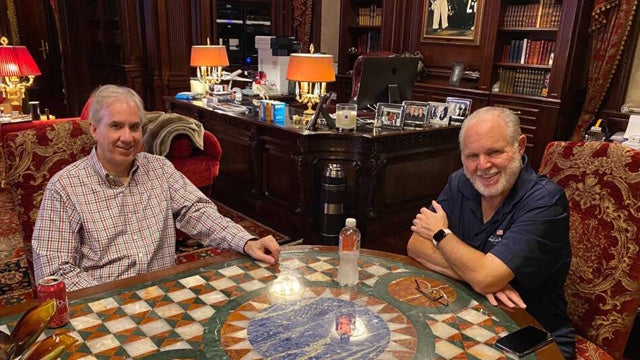 There are some amazing insights and reveals that I never knew about. But it gets me missing Rush all so much more reading David’s amazing words in tribute to his brother. So head on over to RushLimbaugh.com and check those two things out and feel how close you will be to Rush.

Let’s go out on the phones and check in with Jason in Bloomfield, Missouri. Jason, welcome to the program. What’s on your mind, sir?

BRETT: Thank you very much.

CALLER: I just wanted to make a point or two. We’re led to believe that the smartest people in the country or most of the smartest, smart people in the country wind up, you know, in D.C. working for a think tank or some kind of institute. These people have to know the consequences of what they’re doing. In other words, if you take away the supply of oil, the demand is gonna go through the roof and prices are gonna go up.

CALLER: And it’s that way across the board with all these issues — the border cross, the guns. These people have to know what they’re doing. So, the Cloward-Piven-type thing or they just want to control everything, and why do they want to do that? I mean, what do they expect to do?

CALLER: If they break the country where do go from there? And I also wanted to say I’m from a small town in southeast Missouri.

CALLER: I’m about 30 miles south of Rush’s hometown, Cape Girardeau, I grew up here, and he’s a celebrity around here. I gotta pick up a copy of that Southeast Missourian today. 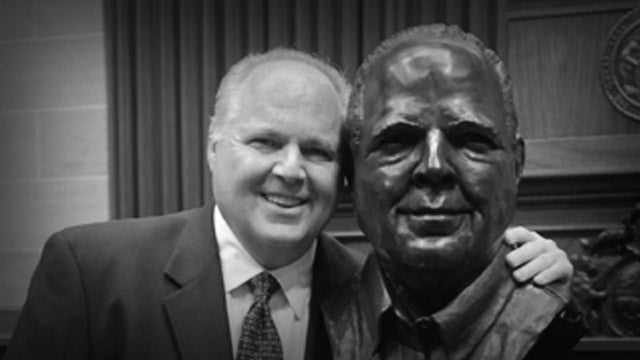 BRETT: You gotta get it! You gotta get it. Jason, absolutely. Let me ask you, before you go, let me just ask you a quick question., because you’ve got a great sense as to the state of affairs in terms of politics in the country right now. What do you think it is? What’s motivating people to create all these crises? What do you think it is in your gut?

CALLER: Well, they thrive on chaos. They’ve always done that. I think today’s Democrat Party are the biggest war profiteers in the history of the country.

CALLER: If they break everything, they can remodel it in their image and won’t ever come back from it. I don’t think we’ll ever… I don’t see how we’ll ever come out of this — and they just got started.

CALLER: They’re not even a hundred days in and they’ve done (garbled).

BRETT: That’s a good point. (chuckles) You raise a very important point there. Jason, thank you so much for the call and your kind words and for being here on the show. And go get a copy of the Southeast Missourian with David’s column in it.

BRETT: If you haven’t been with us all week, we started a new thing where we’re ending every program on what we’re calling an EIB High Note, which is dedicated to Rush and his eternal optimism and belief in the goodness of this country and the people who make it work. I want to conclude today’s program with a couple of excerpts from his brother David Limbaugh’s column, published today in the Southeast Missourian, his hometown paper which covers the Cape Girardeau area.

All of us at the EIB and you in this audience, which Rush considered his extended family, will miss him deeply. David’s piece reminds us of how big that loss is but also how much better we all are for having him in our lives and on the airwaves for those decades. Today’s High Note comes from a high place because Rush is no doubt looking down and cheering us on, still being our champion, reminding us we are so much more capable than we think.

As David wrote, “As few others do, Rush lived life his way, and the world is immensely better because of his contributions. … Rush particularly inspired me to be the best I could be in both my law practice and my writing career. He entrusted me to handle his entertainment contracts and encouraged me to write columns and books. He pushed me to excel in both professions. Every day since he died, I steadily find myself wanting to share something with him and instantly realize I can’t and will not be able to again until we meet in heaven. That hurts.

“But I thank God for Rush’s faith in Jesus Christ and for receiving him into a much better place, one with no more death, mourning, crying or pain. One of the last things I said to Rush when he was still conscious and able to interact was, ‘I love you.’ He looked at me and replied, ‘I love you, too. Big time,'” and we love him back big time.

You can read David’s entire piece over at RushLimbaugh.com.

It’s a really touching tribute to his brother — the one and only Maha — and our friend.

The title of the piece is, “Goodbye to My Brother — For Now,” by David Limbaugh.