JASON: So let’s see. More riots in Brooklyn Center, Minnesota, and Kentucky. By the way, welcome back to the Rush Limbaugh program. I am the talk show host formerly known as Representative Jason Lewis. So glad to be here in the Attila the Hun chair behind the Golden EIB Mic.

Now, in Louisville, Kentucky, protesters blocked traffic with chairs and tables and were throwing things, and the LA County sheriffs had to ask that the National Guard be put on standby. And in the only place that makes Minnesota look too conservative, Portland, Oregon, 200 protesters marched towards a police precinct. 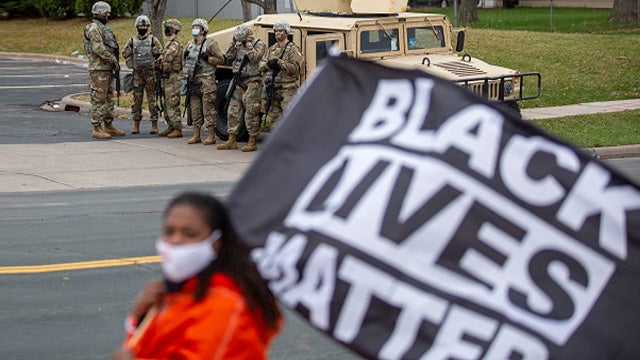 You know, what do these places have in common, my friends? They’re all run by Democrats, and they’ve been run by Democrats for decades. It is part and parcel of liberalism that is causing the chaos. Why is that? Could it be that — oh, I don’t know — 50, 60, 70% of the people in these areas come from fatherless homes? Let me repeat that.

When Daniel Patrick Moynihan talked about this, he was worried about a 30% illegitimacy rate. Now it’s 75% or 80% in urban parts of the country and 40% overall. Fathers make all difference. Can we say that, or are we supposed to beat up on fathers like cops? What did the media talk about? They talk about January 6th. Get ready for a summer of chaos. We’ll still be talking about January 6th.

Here’s what Rush said not long ago.

RUSH: On CNN’s Newsroom, the anchor John King had as his guest California representative Democrat Karen Bass. John King is asking Karen Bass, Democrat, California (summarized), “You saw that, right? And you saw last summer when it was black people protesting, why, there wasn’t any shortage of cops. There wasn’t any shortage of Capitol Hill Police. They were armed in riot gear, and they were waiting for you, and they were ready for you. Do you see any difference here? Do you have any explanation as to why that didn’t happen, why what happened to you last summer didn’t happen yesterday?” 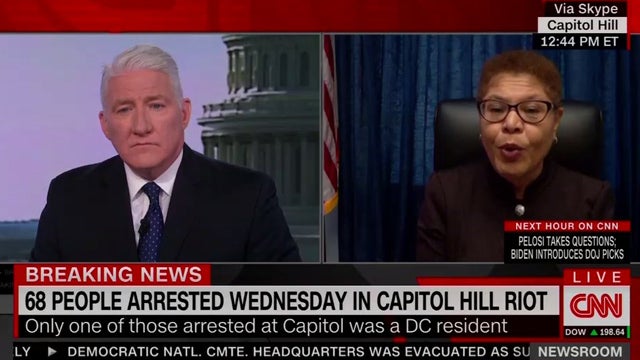 BASS: It’s just an example of — of the double standard. Obviously Black Lives Matter’s protesters were perceived as very threatening and for some reason these weren’t. But it is so demoralizing the people, in particular African-Americans and other people of color, who know if you can even imagine if tens of thousands of young, old, African-Americans, uh, attacked the Capitol like that, what would have happened. We are just sick and tired of seeing the same type of double standard.

Why, here come the racist cops with their barricades and their billy clubs and the rest of it. Imagine how frightening. “We are just sick and tired of seeing the same type of double standard.” Meanwhile, the truth is that nobody even reported the property destruction, the fires, the looting that occurred in blue city after blue city last summer — Portland, Seattle, New York City. I could go on. She thinks that there were massive anti-black protests, massive anti-black cop attitudes.

The truth is that the narrative makers didn’t even report these riots last summer. So if you don’t watch Drive-By Media, you don’t know that they even happened, and I’m not exaggerating. This, ladies and gentlemen, is a profundity. This is something… This is really important. This is all part of the narrative here that Trump’s a bad guy, that Trump supporters (you) are bad people, and that somebody was on your side letting you commit mayhem. 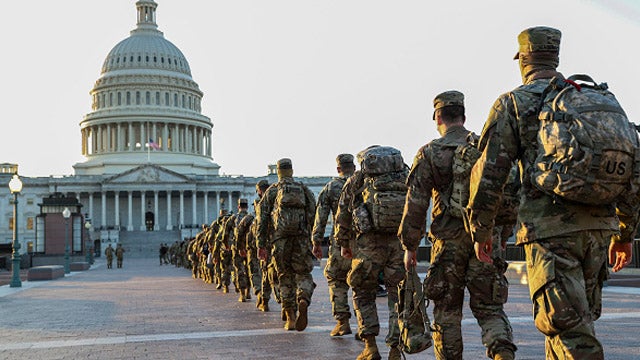 Somebody in the Capitol Hill Police defied Nancy Pelosi and allowed you to get inside the Capitol and break windows and who knows whatever else. It was horrible, it was rotten, and everybody knows that if those protesters would have been black that would have never been allowed to happen. So that’s the double standard? No! It isn’t. That which happened yesterday for a hundred days in a row last summer was never even reported. It was never condemned.

Remember Trump going on television every day begging the mayor of Portland, the governor of Oregon, “We’ll come fix it. It will take us 30 minutes. We’ll come fix it. We’ll bring the National Guard.” The governor said to Trump, “(Raspberry!)” Same thing in the state of Washington, same thing in the state of Minnesota. They weren’t happening. The riots weren’t happening. The looting wasn’t happening. Don’t talk to Governor Cuomo about it. He doesn’t know what you mean. “What riots? What looting? There wasn’t any of that. I didn’t see it on TV, so it didn’t happen.”

JASON: You know, it’s really a good point, it’s a smart point, because if anybody in Washington — from Pelosi, to Schumer, to Biden — labeled Antifa and the rioters a domestic insurrection… Is the DOJ looking into these protesters? They lied about the fire extinguisher death on January 6. They occupied D.C., and they had the full apparatus of the government taking people’s bank accounts in the aftermath of January 6. What do they do about the riots that are sure to come this summer as well?

They will do nothing.