Police Officer to the Media: Give Us a Voice

KEN: I was thinking about this situation today. We just found it that the female police officer in Minnesota is being charged with second-degree manslaughter for — as she claims — mistaking her sidearm, thinking it was her Taser, and shooting a resisting — which no one ever says, a resisting — individual during a traffic stop. And is there anything that you can recall that the news media’s coverage has improved the situation?

I was just thinking about that, ’cause I always say, if the news media did the job… If they did their job. If they brought both sides of the story. If instead of lecturing me on being white or lecturing me on how bad America is or how bad police are. If you just brought both sides of the story. If you just said, “Look this guy had an outstanding warrant. It was a violent warrant.

“He held a woman at gunpoint, allegedly. He was choking her until she gave him money! That warrant came up on their computer screen. For all they knew, when he was fighting to get back in the car, he was gonna grab a gun.” But, no, no, no! It’s easier for the mainstream news media to say, “Oh, look! Another police officer shot a young black man. We’re not safe anymore on the streets. By the way, white people are bad,” and that’s… 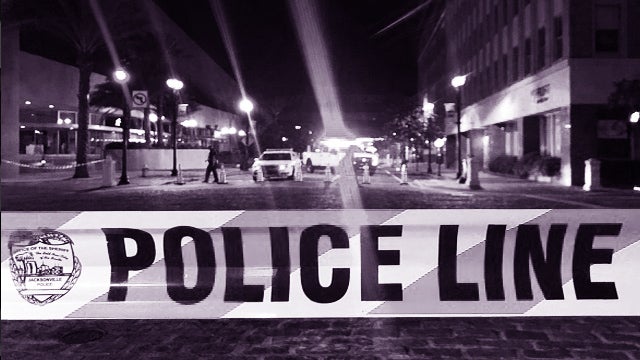 That’s a shame, because I don’t think there’s anything in the twenty-first century, for that matter, that the news media has covered and you walked away from the coverage and you said, “Wow. I didn’t… I wasn’t aware of that angle. Maybe… Maybe this isn’t as good or bad or maybe it isn’t what it is.” That never happens with the news media. The narrative kicks in within minutes. Let’s go to the phones. Mike in Louisville, Kentucky. Mike, I understand you’re a former police officer. Welcome to the Rush Limbaugh Show.

CALLER: Hey, thanks. I appreciate you taking my call. Yes. I was a sergeant for several years and an FTO as well. And, you know, I can say that the biggest fear is what happened. Am I gonna pull my Taser — or my gun thinking it’s my Taser or vice-versa. Both things can happen. It’s unfortunate. But, you know, the mainstream media wants people to believe that we have this warrior mind-set; we go out to kill people. And that situation…

CALLER: Nobody wants to do the job. They’re scared to death to do the job. Homicides are out of the roof. And, you know, it’s horrible. Every little thing that goes wrong, you’re chastised for it. You have zero backing.

KEN: I mean, I can’t even imagine what that’s like, to hit the street and you’ve got your training and you know there’s a lot of bad people out there that, you know, want to break the law and hurt innocent people. But you have to be thinking through this constantly, “If I do this, what will happen to me, my family, my job, my future?”

CALLER: It’s awful. And, you know, that’s the first thing that I train these rookies. Number one. You have to constantly… I don’t care if you’re a seasoned veteran officer of 15, 20 years, you gotta constantly, when you’re riding around in this car, you need to think, “What if? What if? What if?” so you can be mentally prepared for it. And the bad thing is today, the police officers have no backing. You know, whether you did mess up, whether you were a hundred percent in the right, you have no backing anymore.

CALLER: Florida sheriff Grady Judd is the best sheriff out there, man. He stands up for his troops. Don’t get me wrong; I know a guy that lives in his county, and he’s talked to several of his deputies, and what you see is what you get. You know, if you screw up, he’s gonna get you. 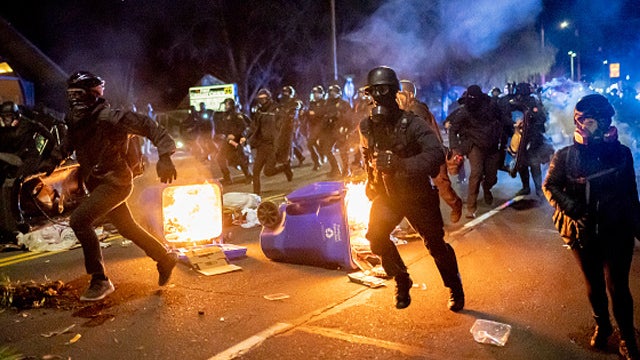 CALLER: But if you do right —

CALLER: — he has the balls to stand up and say, “Hey, no. This is what happened. This is the outcome, and this is why.” You know, it’s sad. I think they’re gonna make an example out of this lady. What if it was a civilian accidentally shot and killed somebody? They’re not gonna chastise them like they are this lady here because she’s a police officer and she’s a white person and against a black fella.

KEN: No, they’re all great points. I want to thank you for calling. We have a hard break coming up. But I love it when we have law enforcement, the men and women of law enforcement, ’cause so many of them listen to the Rush Limbaugh Show and the EIB Network. And this, exactly what he said…

It was so powerful when Mike said, “I wish the news media would give us a voice.” Think about all the people that watch CNN that don’t know the goodness of law enforcement and the military, and I could go on. They just know the narrative. The most dangerous thing to put out in a newscast — the narrative — that’s all they know.